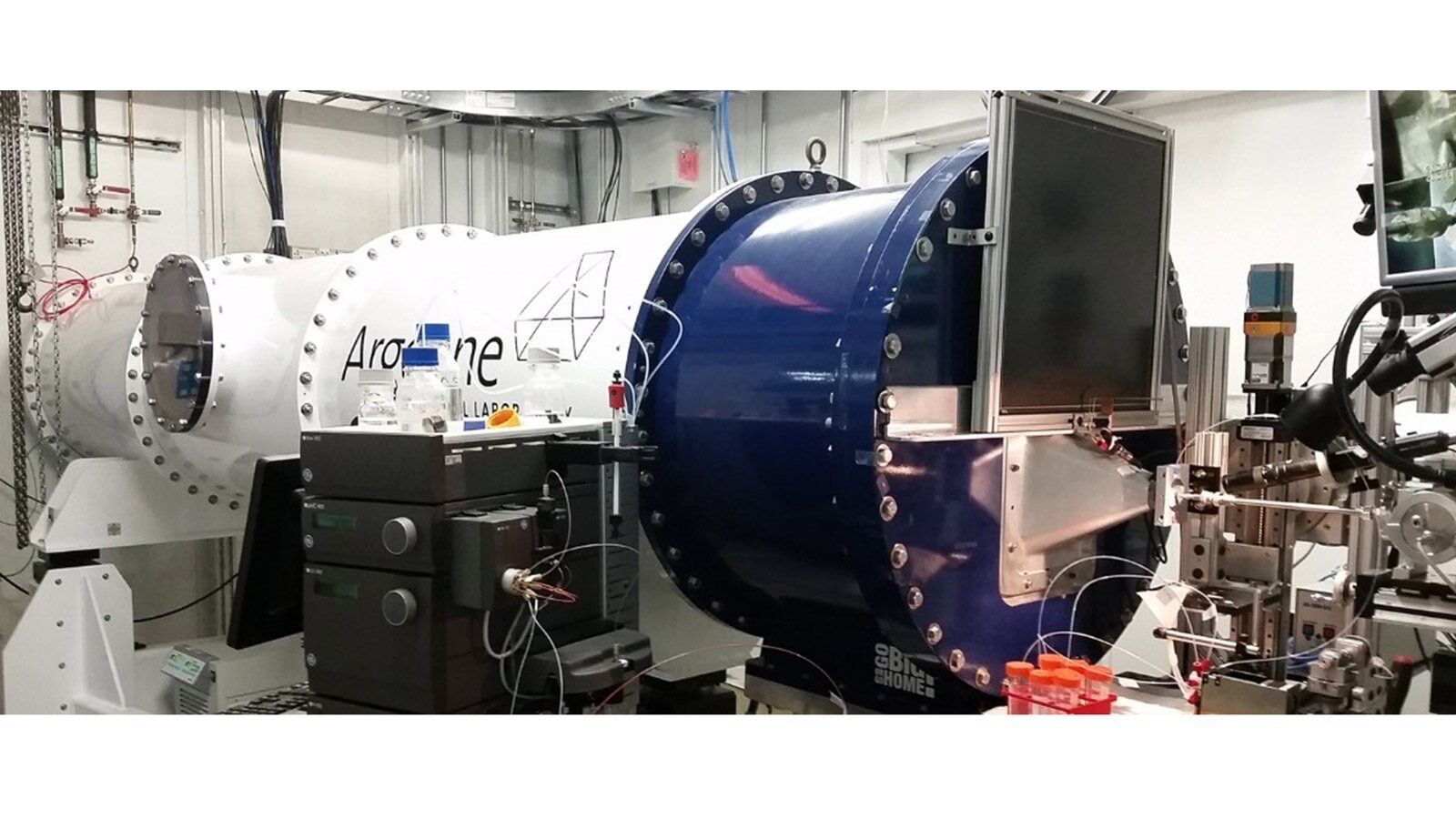 A research team led by Northwestern University and the University of Michigan has developed a new method for assembling particles into colloidal crystals, a valuable type of material used for chemical and biological sensing and light-detecting devices. Using this method, the team has shown for the first time how these crystals can be designed in ways not found in nature.

The team used the Advanced Photon Source (APS), a U.S. Department of Energy (DOE) Office of Science user facility at the DOE’s Argonne National Laboratory, to confirm their pivotal discovery.

“A powerful X-ray beam enables the high-resolution measurements you need to study this type of assembly. The APS is an ideal facility to conduct this research,” remarked Byeongdu Lee of the Argonne National Laboratory.

“We’ve discovered something fundamental about the system for making new materials,” said Chad A. Mirkin, the George B. Rathmann Professor of Chemistry in the Weinberg College of Arts and Sciences at Northwestern. “This strategy for breaking symmetry rewrites the rules for material design and synthesis.”

The research was directed by Mirkin and Sharon C. Glotzer, the Anthony C. Lembke department chair of Chemical Engineering at the University of Michigan, and was published in the journal Nature Materials.

Colloidal crystals are very small particles with other, smaller particles (called nanoparticles) arrayed inside them in an ordered or symmetrical fashion. They can be engineered for applications from light sensors and lasers to communications and computing. For this research, scientists tried to break nature’s natural symmetry, which tends to order tiny particles in the most symmetrical way.

“Imagine you are stacking basketballs in a box,” said Argonne’s Byeongdu Lee, a group leader at the APS and an author on the paper. “You would have a specific way of doing it that would get maximum value from the space. That’s how nature does it.”

However, Lee says, if the balls are deflated in some amount, you can stack them in a different pattern. The research team, he said, is trying to do the same with nanomaterials, teaching them to self-assemble into new patterns.

For this research, scientists used DNA, the molecule inside cells that carries genetic information. Scientists have learned enough about DNA to be able to program it to follow specific instructions. This research team used DNA to teach metal nanoparticles to assemble into new configurations. Researchers attached DNA molecules to the surfaces of nanoparticles of different sizes, and found that the smaller particles moved around the larger ones in the gaps between them, while still binding the particles together into a new material.

“Using large and small nanoparticles, where the smaller ones move around like electrons in a crystal of metal atoms, is a whole new approach to building complex colloidal crystal structures,” Glotzer said.

By adjusting this DNA, scientists changed the parameters of the small electron-equivalent particles, and thereby changed the resulting crystals.

“We explored more complex structures where control over the number of neighbors around each particle produced further symmetry breaking,” Glotzer said. “Our computer simulations helped to decipher the complicated patterns and reveal the mechanisms that enabled the nanoparticles to create them.”

This approach set the stage for three new, never-before-synthesized crystalline phases, one of which has no known natural equivalent.

“Colloidal particle assemblies always have some analogy in the natural atomic system,” Lee said. “This time the structure we found is completely new. The way it assembles, we have not seen metals, metal alloys or other materials naturally assemble themselves this way.”

“We don’t know the physical properties of the material yet,” Lee said. “Now we hand it off to the materials scientists to create this material and study it.”

The team used the ultrabright X-ray beams of the APS to confirm the new structure of their crystals. They used the high-resolution small-angle X-ray scattering instruments at beamlines 5-ID and 12-ID to create precise pictures of the arrangement of particles they had created.

“A powerful X-ray beam enables the high-resolution measurements you need to study this type of assembly,” Lee said. “The APS is an ideal facility to conduct this research.”

The APS is currently undergoing a massive upgrade, which Lee noted will allow scientists to determine even more complex structures in the future. The instruments at 12-ID are also being upgraded to take full advantage of the brighter X-ray beams that will be available.

These low-symmetry colloidal crystals have optical properties that can’t be achieved with other crystal structures and may find use in a wide range of technologies. Their catalytic properties are different as well. But the new structures unveiled here are only the beginning of the possibilities now that the conditions for breaking symmetry are understood.

“We’re in the midst of an unprecedented era of materials synthesis and discovery,” Mirkin said. “This is another step forward in bringing new, unexplored materials out of the sketchbook and into applications that can take advantage of their rare and unusual properties.”

Study reveals how to break symmetry in colloidal crystals