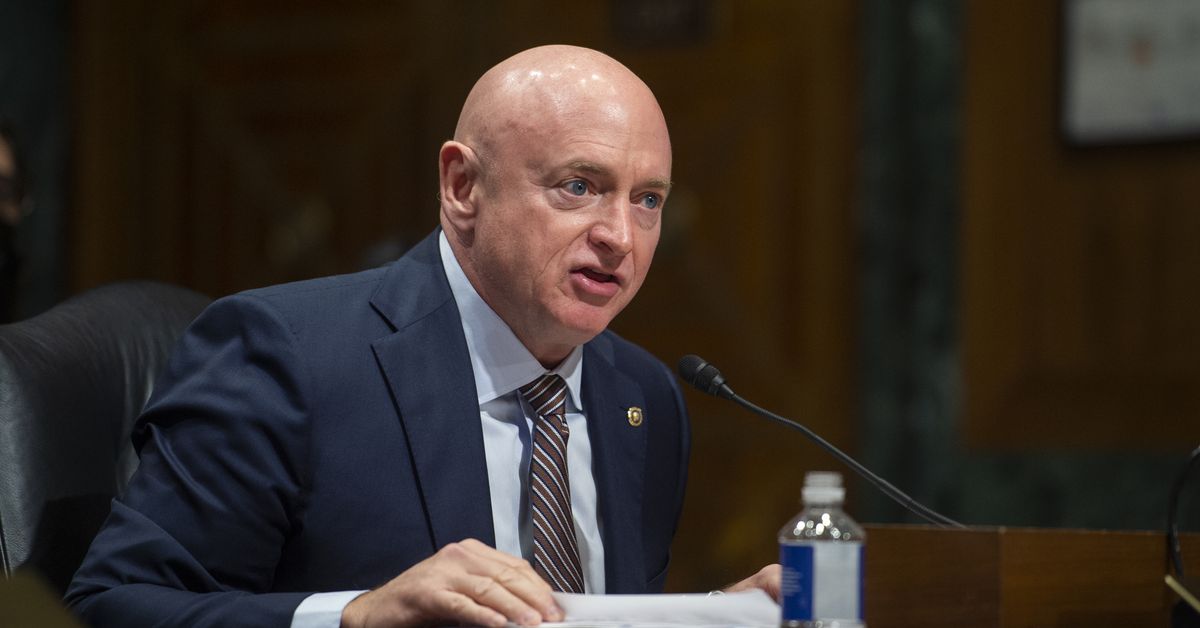 A new fissure is emerging among Democrats: After the Biden administration finally ended pandemic-era border restrictions that have allowed the US to expel hundreds of thousands of migrants to Mexico, moderate Democrats rebelled, joining with Republicans in demanding they be reinstated.

Their decision to break with the Biden administration appears to be less about the policy itself than how it’s perceived politically. Many of these moderate Democrats represent swing states and districts and are facing tough races this fall, where they will have to defend against GOP attacks that Democrats are soft on immigration.

The restrictions, known as the Title 42 policy, were first enacted by the Trump administration in March 2020 at the outset of the pandemic, and have allowed the US to expel migrants without a hearing more than 1.7 million times.

The Centers for Disease Control and Prevention recently found that Title 42 was no longer necessary to protect public health from the spread of Covid-19. Public health experts outside the agency have long argued that it was never necessary for public health.

That didn’t stop five Democratic senators — Kyrsten Sinema and Mark Kelly of Arizona, Joe Manchin of West Virginia, Raphael Warnock of Georgia, and Maggie Hassan of New Hampshire — from joining Republicans in introducing a bill Thursday that would preserve the policy until 60 days after the surgeon general announces the end of the public health emergency related to Covid-19. Or two House Democrats — Reps. Henry Cuellar and Vicente Gonzalez, who represent border districts in Texas — from asking the Biden administration to hold off on ending the policy.

Title 42 effectively kept out the vast majority of migrants arriving on the border, with a few limited exceptions for Ukrainians, unaccompanied children, and some families. Now, moderates and Republicans argue that the administration doesn’t have an adequate plan in place to deal with the crossing of up to 18,000 migrants at the southern border per day once the policy is lifted on May 23.

“We need a secure, orderly, and humane response at our southern border and our bipartisan legislation holds the Biden administration accountable to that,” Kelly, who is running for reelection, said in a statement on Thursday.

Distancing themselves from the Biden administration on Title 42 might be moderates’ safest option politically, especially given that many of them are facing tough reelection campaigns this year.

According to an April 6 Morning Consult/Politico poll, 56 percent of voters somewhat or strongly oppose the decision to end the policy, including 88 percent of Republicans and 27 percent of Democrats. That represents the biggest backlash to any Biden administration policy among dozens tracked by Morning Consult since January 2021. But there is a big partisan divide in perception of the policy, and Republicans rank immigration overall as a much higher priority issue than Democrats.

Democrats don’t typically spend a lot of time explaining their immigration policies, in part because it’s not top of mind for their voters. It’s also been an issue that’s repeatedly proved politically problematic for their party. That’s left a big opening for Republicans to create the incorrect public perception that Democrats want “open borders.” And for months, they’ve plotted to use that perception to hold President Joe Biden’s relatively moderate — and in some cases, conservative — immigration record against Democrats in the midterms.

This week, they tried to force a vote to keep Title 42 by attaching it to a $10 billion Covid-19 relief package, and launched a House investigation into what they characterized as a decision to “turn the humanitarian and national security crisis on the US southern border into a catastrophe.” Texas Gov. Greg Abbott, who is seeking reelection and gearing up for a potential 2024 presidential bid, also announced that he will bus migrants who cross after Title 42 ends to Washington, DC, to prevent border communities from being “overwhelmed by hordes of illegal immigrants.” He later clarified that the program would be voluntary for migrants and only happen after they had been processed and released by immigration authorities.

Democratic political operatives and immigrant advocates blame Democratic leaders for failing to get out in front of the issue and allowing Republicans to define the conversation.

“The people at the head of the Democratic Party … don’t have a desire to speak about immigration and when they do, don’t know how to speak about it effectively and simply don’t have an effective rebuff to what Republicans are attacking us on,” Sawyer Hackett, executive director of former Democratic presidential candidate Julián Castro’s PAC, People First Future, told Politico.

Greisa Martínez Rosas, executive director of the immigrant advocacy group United We Dream, said that Title 42 should have ended as soon as Biden assumed office and took a flurry of actions to roll back the Trump administration’s legacy on immigration. That might have diluted public attention on Title 42 specifically, and prevented Republicans from taking shots at Democrats’ border policies right before the midterms.

With that opportunity missed, Democrats needed to make the affirmative case for why it should end now. For one, it restores migrants’ ability to access their legal right to apply for asylum and advances Biden’s campaign promise of implementing a more humane approach to immigration enforcement at the southern border.

But the White House has instead made a muddled case for why now is the right time to end Title 42, framing it not as a border policy but as a pandemic policy. The administration assigned all of the responsibility to the CDC for ending it while making assurances that the administration is surging resources to the border to facilitate orderly processing.

“Title 42 is not an immigration measure, it’s a public health measure and one that Congress has given the CDC authority to make a decision about. And we respect that,” White House press secretary Jen Psaki said during a briefing Wednesday. “There will still be significant measures put in place for anyone who tries to irregularly migrate to the United States.”

That has given moderate Democrats little ammunition with which to fight GOP attacks. Even if extending Title 42 makes no public health sense, they see supporting the policy as a survival strategy in the midterms.

“Democrats have to be able to define themselves independently of Republicans,” Martínez Rosas said. “This issue of Title 42 reminds us that there’s still a lot of room for Democrats to be clear about both their politics and also their moral grounding. I definitely think that this could have been handled differently, and we would not be in the challenging political place that we’re in.”