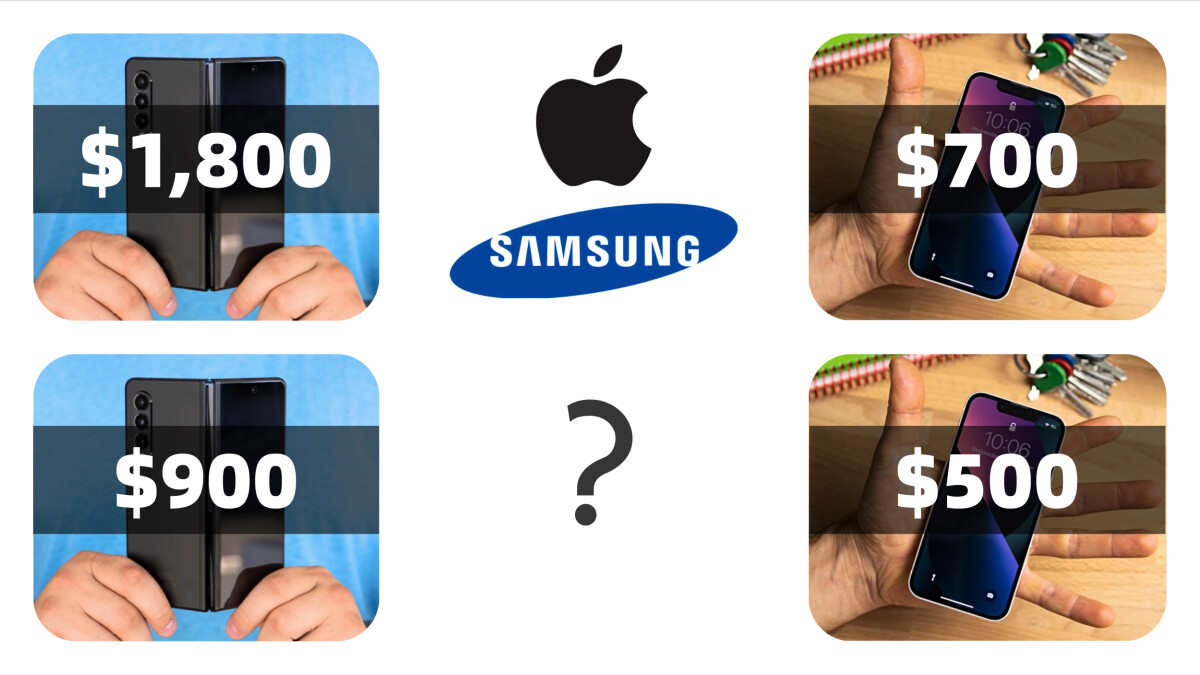 For those who’ve been living under a rock, eBay is an online platform that allows you to buy and sell new and used goods, including smartphones. For sellers, the only drawback is that you owe eBay 10% of the purchase value of the item you’ve sold – they say it’s for the service.But if you’re on the other side of it (buying), you could be winning… big time. Android flagships for 50% less in virtually new condition? You got it! The latest iPhone for $250 less in new-like condition, including warranty? Sure!

So, today we’ll talk about eBay – the alternative smartphone market place which has existed for years, where you can save up to 60% on flagship phones from Samsung and Apple. No terms and conditions.

The Galaxy Z Fold 3 and Z Flip 3 can be found for 50% off just six months after release. On eBay.

Due to its humongous smartphone portfolio and Android’s incredibly competitive market, Samsung’s flagship (and mid-range) phones see incredible price drops on websites like eBay, months or even weeks after their initial release. Timing will be key in this case, as well as for the entirety of this story. Keep that in mind.

Naturally, the bad news around Samsung is for those reselling Galaxy phones for one reason or another. You’re out of luck if you buy a Samsung flagship for its full price now and hope to resell on a minimal loss. My personal and unscientific findings, which include tons of browsing on eBay, show that you’re likely to lose up to $/£/€300, even if the phone is just 1-2 months old.

Apart from the factors mentioned above, what doesn’t help either is the fact that you aren’t going to be the only person selling this phone on this platform. Yes, when it comes to Android and Samsung devices in particular, even the resale market is super competitive.

Remember, Samsung sells more phones than any other company in the world, so it’s only natural that the brand also tops the resale market charts.

Apple, Google, and others aren’t an exception, but…

Of course, other Android brands and even Apple aren’t immune to lower resale value or good deals – depending on how you look at it. But that’s where timing comes to play.

While with Samsung, you’re likely to find a fantastic deal pretty much any day of the week, any month of the year, you sometimes need to be more patient if you want a phone made by Google, OnePlus, or Apple, to name a few.

Speaking of the Oscar-winning company (let that sink in…), iPhones tend to hold their value for much longer than Android and Galaxy flagships in particular. Here’s a quick comparison, which I discovered accidentally, but perfectly illustrates my point…

Despite being released almost half a year earlier than the Galaxy S22 Ultra, Apple’s iPhone 13 Pro Max costs €180/$200 or 16% more than Samsung’s top flagship, at least judging by this eBay offer from the same seller.

What’s more interesting is that when this screenshot was taken, the Galaxy S22 Ultra was just a month and a half old. Also, a brand new S22 Ultra costs €150/$100 more than a brand new iPhone 13 Pro Max for the same storage variant.

But that being said, eBay deals often give you the chance to snatch an iPhone 13 mini for up to 250 bucks less without waiting around for a retailer discounts, deals, trade-ins, etc. Keep that in mind when buying your next iPhone, especially if the model you want is already a few months old. Apple warranty is universal, so you get it with the device.

Shopping for phone deals on eBay: How it works

Flagship phones from eBay can be in used, like-new, or in new condition. Oftentimes, even the “used” ones show no signs of use, or sometimes you might need to be willing to live with a few scratches here and there. You do you.The warranty also isn’t an issue since Apple and Samsung warranty is universal. Unfortunately, it seems like Google’s isn’t. At least in Europe, if you buy a Pixel from a carrier, you don’t get a separate Google warranty or the ability to send your phone to Google for a repair. But that’s not a problem – you still have the retailer’s two-year promise.

eBay also happens to be quite safe and reliable. The company offers something called “eBay Money Back Guarantee” (look for the label), which promises to resolve any issues that might arise in case the item you bought wasn’t in the described condition or if it doesn’t arrive at all.

Here’s my first-hand experience of getting scammed on eBay…

I don’t remember exactly whether it was an iPad or an iPhone, but a few months ago, I bought and paid about €700/$770 for what I thought was an Apple product. On eBay. With a family member’s debit card!

Turns out what I bought was an empty box. I didn’t have to wait for the package to arrive to find out what happened. I realized it when I read the description for the fifth time. It was a smooth scam. The description said I was buying just a box, but, of course, in a hurry to get the amazing deal, I didn’t notice…

A few minutes after buying the most expensive box ever, I called eBay. I felt like an idiot, as one should. The eBay rep advised me to message the seller, and ask him to resolve the “issue”, before they got involved.

Now, I don’t know if they ordered a mafia visit at his house or not, but it worked! Realizing I realized what I should’ve realized before paying for an empty box, he sent the money back immediately.

Now, let’s get to the main course… Starting off with mid-range phones.

Despite bringing incredible value, devices like the new Galaxy A53 and iPhone SE (2022) quickly start to look less appealing if we take into account the resale phone market. Let me give you some real examples that you can actually take advantage of.
Right now, in Europe, €450 gets you the just-released Galaxy A53 5G, which is an excellent device for the price. But, as you’ll see in the table below, €450 can also get you a brand new Galaxy S21 FE from eBay. The story in the US and UK isn’t too different either.

And if that isn’t shocking enough, let me get to Apple’s iPhone SE (2022), which costs €580 in most of Europe, for the (usable) 128GB version. I hear you like small and powerful iPhones which don’t cost an arm and a leg?

What if I told you a virtually new iPhone 13 mini with an Apple warranty would set you back just… €20 more on eBay Germany? That’s right… €600 for an iPhone 13 mini, with the same 128GB storage. I can, but I won’t even start comparing the iPhone SE and iPhone 13 mini because it’s seriously unfair.

With all that out of the way, I’m  now about to list some existing eBay deals from the US, UK, and Europe without pointing you directly to them (because #NotAnAd). Bear in mind that I’ve stumbled upon those deals throughout the course of putting together this story. They might already be gone, or better ones might have replaced them instead. It’s timing, folks.

Again, my experience with eBay customer service has been great so far. They are helpful, responsive, and reliable even when I buy an empty box for a ton of cash and need to fix the mess.