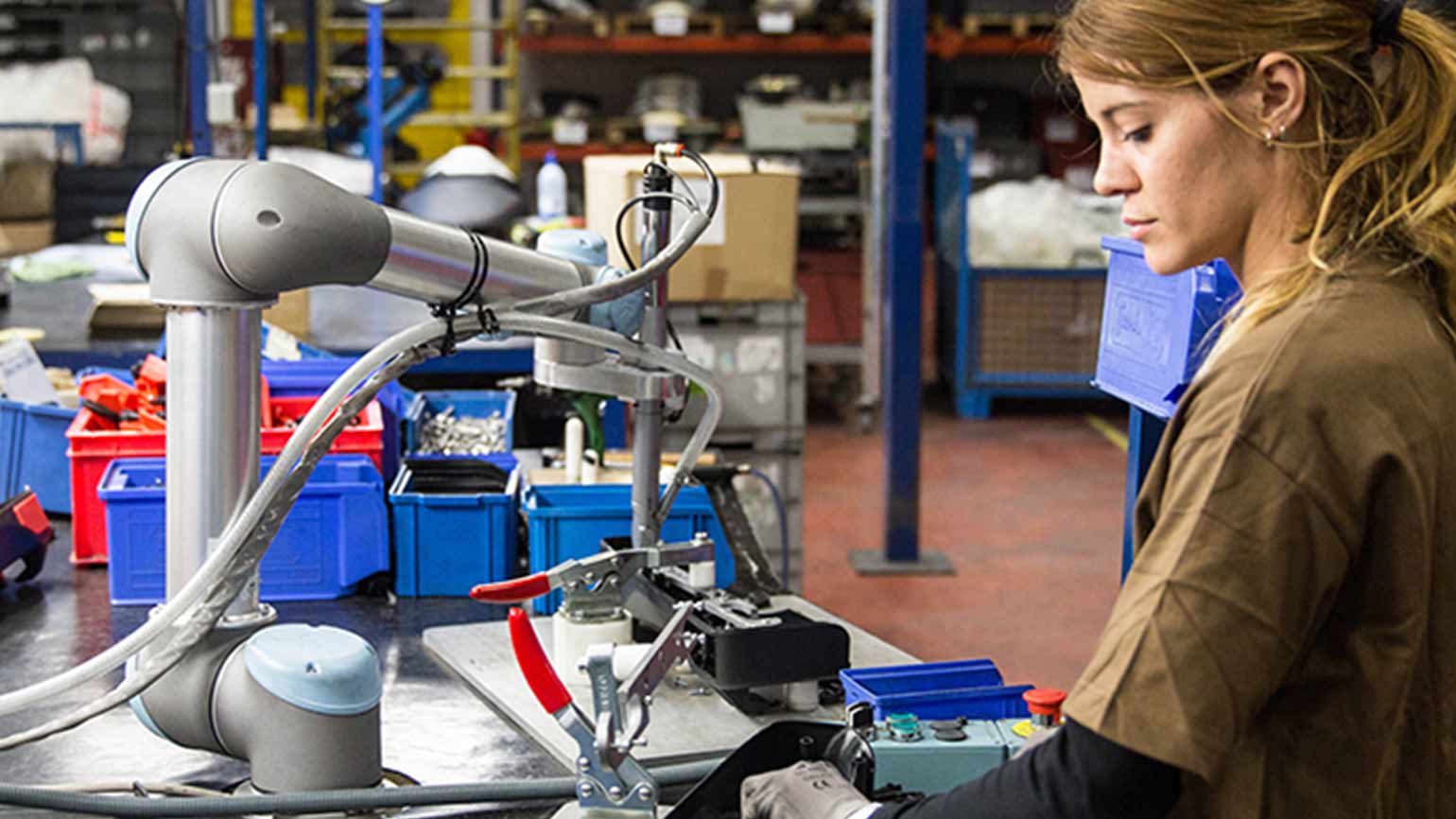 What is the meaning of industrial automation?

In its broadest sense, ‘industrial automation’ refers to the hardware and software tools and associated control systems, that are used to replace or supplement human labor in industrial environments. Examples of automation typically found in manufacturing environments include traditional industrial robots, collaborative industrial robots and mobile robot platforms.

Machines can be used to automate specific jobs, but they don’t offer the same level of versatility and flexibility as robots. Simply put, robots are more flexible than machines. Typically defined as ‘general purpose manipulators that can be programmed and re-programmed to perform a wide variety of tasks,’ robots can be deployed on jobs from quality inspection and assembly to machine tending and palletizing.

Not all industrial robots are the same, however. Traditional robots are expensive, relatively static, have a large footprint, require extensive safety measures such as fencing, and programming the robot usually requires an expert robot engineer.

Collaborative robots (or ‘cobots’), which first came on the scene just over a decade ago with the launch of Universal Robots’ UR5 cobot, offer a different paradigm: affordable automation with a small footprint that is easy to deploy –and redeploy—on a wide range of tasks. Cobots are also highly mobile –they can easily be mounted on a mobile platform or lifted by dolly and moved to a different part of your facility as production schedules change.

Let’s take a closer look at the advantages of industrial automation engineering technology.

The advantages of using collaborative robots

We’re going to explore five main advantages of collaborative robots: safety, flexibility, uniformity, productivity, and affordability. As you’ll see shortly, these are all key reasons why companies across the globe are relying more and more on automated manufacturing that leverages the power of cobots.

One of the most innovative features of cobots, and a key differentiator between traditional industrial robots and collaborative robots, is that following a safety assessment cobots can be deployed right beside human workers without the need for special safety fencing. This reduces the overall cost of automation deployments while at the same time reducing worker injuries caused by repetitively performing the same tasks, such as assembly, packaging, sanding and screwdriving. Deploying cobots enables workers to be deployed on more ergonomic (and higher value) tasks, while at the same time removing the safety risks associated with traditional industrial automation.

Most factories will need to transform and update their processes over time. Whether due to increased production needs or a shift in how products are made or a change in the type of product being manufactured, these changes are almost inevitable.

Universal Robots’ collaborative robots, can be easily adapted to perform a wide variety of tasks, including assembly, dispensing, packaging, sanding, pick and place, welding, screwdriving, quality inspection and many others. Universal Robots cobots are engineered to be easily programmable by most manufacturing employee following completion of a simple online course, further adding to the flexibility of cobot-powered automation solutions.

When humans perform repetitive tasks, errors are inevitable as workers can get distracted and fatigued and it is extremely difficult (and unergonomic) for humans to perform the same physical task in exactly the same way over and over throughout a shift. Unfortunately, even the most minuscule of errors can have a significant impact on the quality of a product.

Cobots eliminate this problem because they can repeat the same process, over and over again, without deviation. There’s no easier way to improve the quality of a product that making sure it’s built exactly to specification at every instance. Traditional industrial robots offer reliability and consistency too but they are much more expensive and time-consuming to deploy than cobots.

Like their traditional robot counterparts, cobots are available 24/7 enabling busy manufacturers to increase production and, where necessary, to overcome labor shortages.

For example, Swiss kitchen manufacturer Franke, which manufactures more than 10,000 kitchen sinks per year, deployed a UR5 cobot to help with the repetitive, low-impact production task of dispensing glue. The deployment enabled Franke to free workers from strenuous, repetitive tasks, improve the operational efficiency of its production line and reduce material waste.