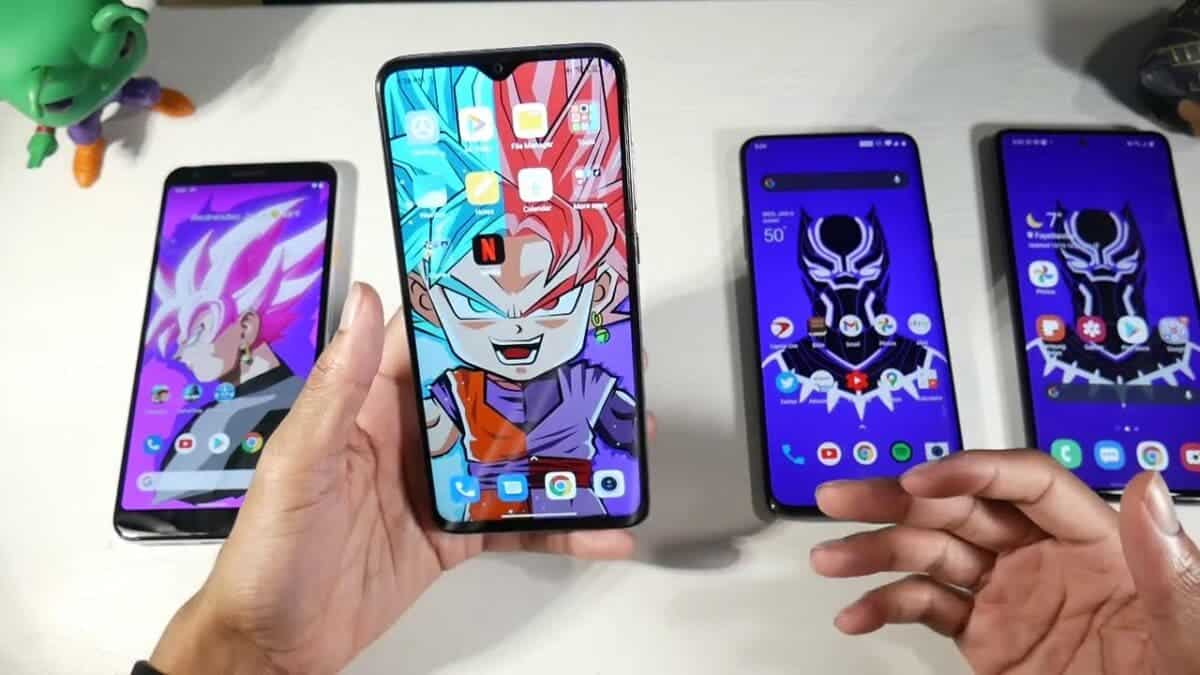 In the smartphone industry today, there are many flagship smartphones with a User Interface (UI) that is not smooth. This will certainly affect the daily user experience of the smartphone. Recently, Master Lu announced the 2022 Q1 smartphone UI smoothness rankings. The data for this ranking comes from available smartphones from January 1, 2022, to March 31, 2022. The experience evaluation scores are average scores and only smartphones no less than one year old are considered. This means that the list considers smartphones that come with Android 10.0 and above. Well, this list actually considers Android smartphones from Chinese manufacturers. This list excludes the likes of One UI from Samsung. 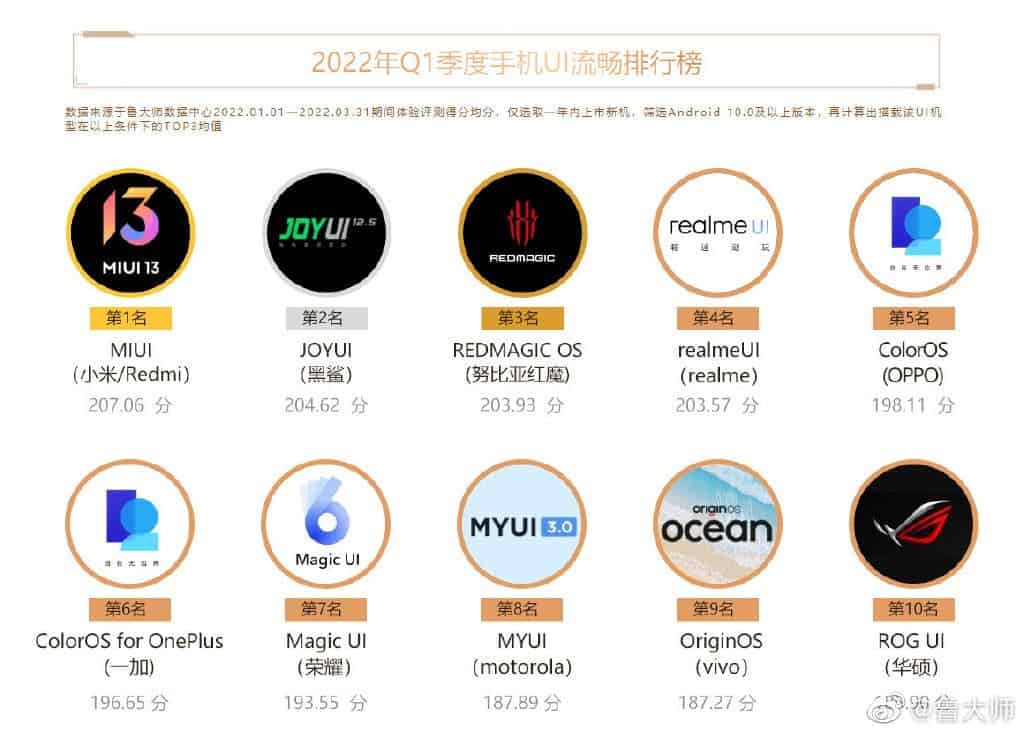 From the Master Lu report, the MIUI system comes in the first position. This is not a surprise considering the significant upgrade in the MIUI 13 system. Recall that if this ranking had used MIUI 12, Xiaomi will not even be in the top 10 list. The MIUI fluency score averages 207.06 points.

The new MIUI 13 system focuses on fluency and comes with significant improvements. This system is currently one of the most fluent according to Master Lu’s Android fluency tests. According to Xiaomi, it spent no less than half a year optimizing this system to improve its fluency. The company claims that MIUI 13 fluency can be 15% – 52% better.

In comparison with the previous MIUI 12.5 enhanced version, the system application fluency is improved by 20% – 26%. There are also a number of high-frequency usage scenarios where the frame drop rate exceeds 90%. Focus Computing 2.0 is one of the major additions to the MIUI 13 system. The system not only perceives core scenarios such as full-screen gestures but also tilts computing resources toward the core system for core third-party applications.

Xiaomi claims that after continuously using this system for 36 months, the read and write performance remains less than 5%. This means that the system remains very new for a very long time. This new system adopts liquid storage and atomic memory. This makes the background resources consumption of apps very low.

Furthermore, MIUI privacy promotes the transformation of the software industry. It does this with the new three privacy protection functions. This new system comes with face verification protection, privacy watermarking, and electronic fraud protection. The new face verification system does not just capture the face but the entire upper body. MIUI 13 has a new privacy shooting mode, intelligent face recognition, and system-level occlusion of other images except for the face. This way, you really only show your face.

In the second position is also a Xiaomi system but one used by its BlackShark smartphones, JOYUI. The fluency score of this operating system is 204.62 points. The latest JOYUI 13 upgrades both the basic experience as well as the gaming experience. It comes with super wallpaper, Vientiane screen, play projection, game barrage, and so on. The detailed description of this system is technically the same as MIUI 13. This is because JOYUI 13 is based on MIUI 13. This explains why both systems occupy the top two positions.

In the third position is an operating system from Nubia, a brand that focuses on gaming smartphones. The average score of the Redmagic OS is 203.93 points. The latest version of this system is the Redmagic 5.0 which is based on the latest Android 12 system.

Realme is one of the fastest-growing smartphone brands in China. Its near-perfect Android skin is one of the reasons why its devices are so attractive. The average score of this system is 203.57 points. This system is just a few points short of the Redmimagic OS.

The latest version of this system is the Realme UI 3.0. This system comes with a new Fluid Space design and Sketchpad AOD. Furthermore, it significantly improves privacy across the entire system. This makes the system very smooth and faster than ever before.

The Realme 3.0 also comes with a new 3D icon. This icon comes with layers and colours and uses them to reveal its context and visibility. The company completely redesigns every icon in the system as it removes all the bogus strokes and shadows. According to Realme, “each 3D icon sticks to a precise color palette to create more harmonious relationships between each element, resulting in a distinctive and pleasing icon design”.

Regarding the fluid space design, here is what Realme says

“With the Fluid Space design, the overall interface is now more straightforward, enjoyable, and delightful. The user interface uses dimension and space to help create depth and establish order and harmony. New approaches to space between elements make everything more delightful and engaging. Suddenly everything feels more intuitive and even fun”.

Furthermore, this system also comes with a new virtual avatar feature. The name of this feature is Omoji. According to the company, users can create 3D avatars with their custom specifications. Omoji creates a real-life representation of the user.

From the rankings, Oppo ColorOS comes in the fifth position. This system comes with an average score of 198.11 points.  The latest version of this system is the ColorOS 12. From Oppo’s announcement, the intuitive design of this system is its major selling point. The ColorOS 12 comes with a premium interface with a laser focus on usability. This device supports 67 languages and its design eliminates unnecessary distractions.

The company also did some work with the icons. Here is what Oppo has to say regarding the ColorOS 12 icons

“ColorOS 12 pleases the eye with new translucent app icons. Tasteful light and shadow elements combine to create depth and a feeling of space, for sharpest-ever interface design. Each design draws from reality to make the apps instantly recognizable”.

The other systems that makes the top 10 list from fifth to tenth positions respectively are ColorOS for OnePlus, Honor Magic UI, Motorola MYUI, Vivo OriginOS, and ASUS ROG UI. What UI do you use on your mobile phone? Do you think your smartphone’s system is smooth?