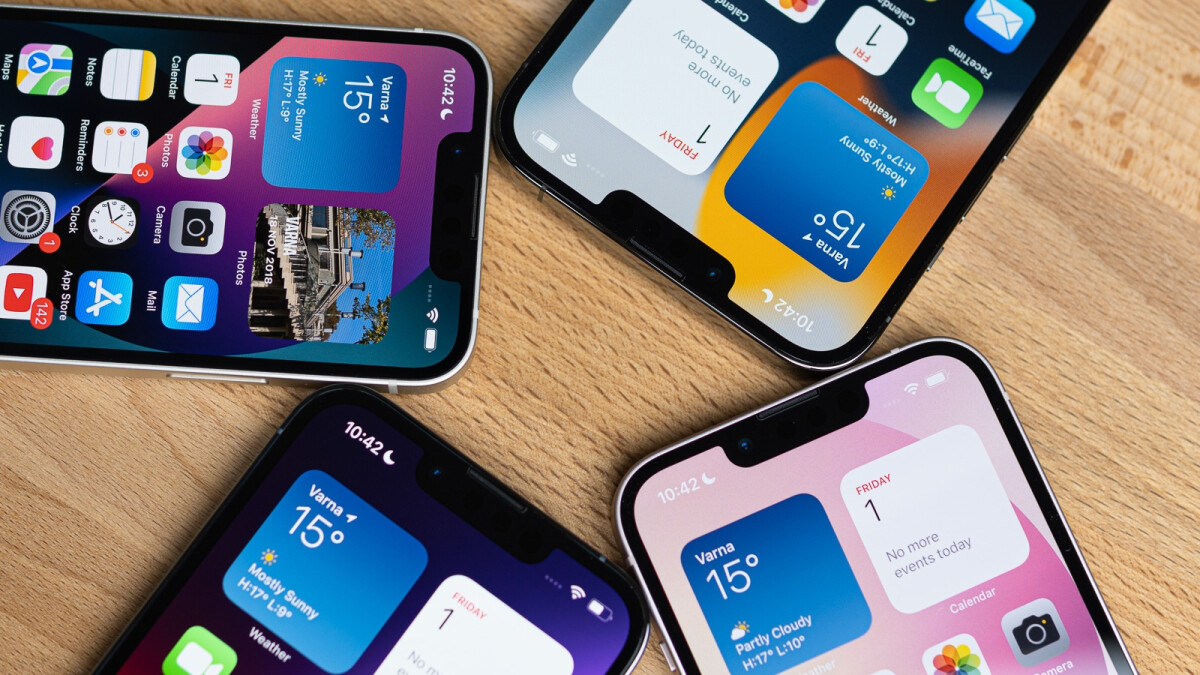 You may not have known this because Counterpoint Research doesn’t typically like to promote these reports very aggressively for some reason, but in addition to putting together global lists of top-selling smartphone models, the analytics firm regularly breaks down its data by certain major markets as well.

We’re talking the US, UK, China, India, France, South Korea, Germany, and Japan, which have last been surveyed in January with a mix of somewhat unexpected and totally unsurprising results that are all in all extremely interesting for mobile enthusiasts across those countries… and not only those countries.

Although you obviously can’t have all of the world’s top five smartphones and seven out of the first ten models without leading many hugely populous regions, it’s still pretty astounding to see Apple take the early 2022 crowns in the US, UK, China, France, Germany, and Japan… with the exact same device.
Yes, the “vanilla” iPhone 13 is the most popular handset in every single one of those places, holding the biggest slice of the total sales pie in the United Kingdom, at an absolutely breathtaking 29 percent.

That number is a lot lower in the seemingly heavily fragmented smartphone market of China, where the iPhone 13 Pro Max and iPhone 13 Pro have only been able to claim a 3 percent share each to sit in second and third place respectively.

Interestingly, the gap between the gold and silver medalists is smallest in Japan, where the low-cost iPhone SE (2020) takes the second spot on the podium, followed by the iPhone 12 mini, iPhone 13 Pro, and… iPhone 13 mini.

We honestly can’t decide which of Apple’s six regional January 2022 achievements is most impressive, as the iPhone 13 is followed by three more iPhones both in the US and France and “only” two in Germany.

In case you’re wondering, the company’s supremacy across these markets was slightly less overwhelming back in January, April, July, and October 2021, further highlighting the already well-documented success of the iPhone 13 family.

A few bright spots for Samsung

With the Galaxy S22 series unveiled after the timeframe covered by this latest Counterpoint Research report and no Galaxy Note 21 released last year, the 5G-enabled Galaxy Z Flip 3 impressively emerged as the number one best-selling smartphone in Samsung’s homeland of Korea.
This is actually a feat that the Galaxy Note 20 and Note 20 Ultra were not able to pull off in January 2021, when the iPhone 12 Pro surpassed the mid-range Galaxy A31 and high-end Galaxy S21 to snatch Samsung‘s domestic crown.
Speaking of Galaxy mid-rangers, two such devices followed the Galaxy Z Flip 3 and naturally the “standard” iPhone 13 on Korea’s January 2022 chart, with the A32 and A52s 5G edging out the iPhone 13 Pro Max ahead of the A53’s announcement.

The 5G-capable version of the Galaxy A32, meanwhile, managed to rank fifth in the US, behind the iPhone 13, 13 Pro Max, 13 Pro, and iPhone 12, with the lower-end Galaxy A12 sitting in fourth place in the UK and the aging S20 FE 5G only making the top five in Germany and France.

Disappointingly for Samsung, no members of the premium Galaxy S21 family were able to crack any of these eight top five lists, an honor that even the entry-level Galaxy A03 Core somehow managed to earn in India.

India is still by far the most atypical of the eight surveyed markets, hosting three smartphones on its podium that we’re fairly certain the vast majority of our readers have never heard of.