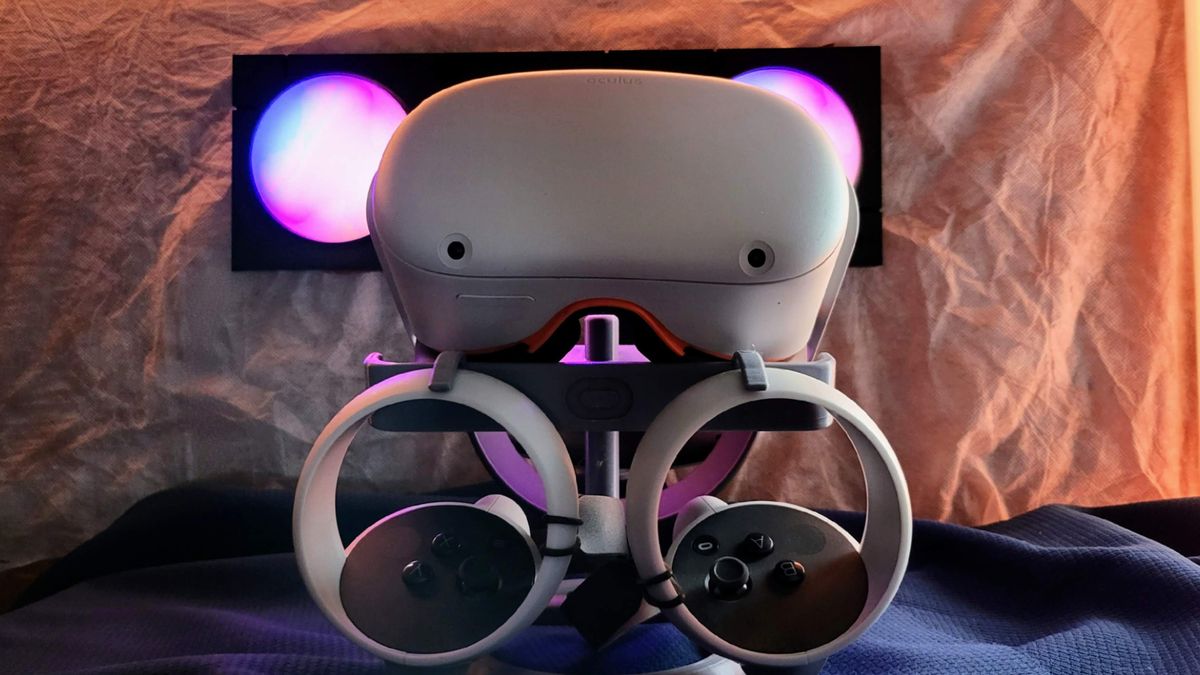 As an 80s kid, virtual reality has intrigued me for a very long time. But my excitement to experience this immersive tech dipped after Gear VR underwhelmed me in 2015. Then the Quest 2 jumped into the mainstream with huge hardware and software improvements, and I knew it would finally fulfill the promise of VR for me — but it hasn’t, either.

Don’t get me wrong, the Quest 2 is great in many ways. It’s essentially the only standalone virtual reality system with a decent content library to support it. It’s portable, affordable, and has plenty of software perks — so why don’t I use it more?

I have yet to find that addictive title or use case that continues to draw me in, which is part of it. But I think I have an overall issue with VR as a platform, not with a particular product.

While I enjoy gaming, I am far from a gamer. I want to love using my Quest 2, but I haven’t found something that makes me want to carve time out of my busy schedule for the device. This, perhaps, is the crux of why I don’t use my headset more: VR is so focused on gaming right now. And that could keep the medium from becoming something that the average consumer will pick up.

I asked Bryan Ma, VP of Devices Research at IDC, how many Quest 2 units have sold, and he told me, “almost 12 million units for Facebook/Oculus from 4Q20-4Q21, which was basically the period when the Quest 2 was shipping. They were in the top spot of the VR headset market last year with 80% share.” Coinciding with those hardware sales numbers, Anshel Sag, principal analyst at Moor Insights & Strategy, added, “We also know that Meta has already passed $1 billion in software sales on the Oculus Store.”

It’s clear that lots of people are buying Quests and then spending money on lots of games. But even if people love the Quest 2 software, a good hardware experience is equally important.

I owned the original Oculus Quest and thoroughly enjoyed using it from a hardware perspective. And honestly, I prefer the hardware to that of the Quest 2. Aside from the improved processing power, speakers, and refresh rate, the Quest 2 isn’t built for longer sessions like the original Quest.

Even when using one of the best Oculus Quest 2 accessories, the Oculus Quest 2 Elite Strap, the headset still hurts the back of my head after about 20 minutes — and don’t get me started on the change to the IPD adjustments. I still prefer the slider for the original Quest because it allows for more precise lens distance settings. The new model gives just three presets, none of which work well enough for me to see clearly.

The change from OLED to LCD on the Quest 2 is a bummer, too, but that’s not why I rarely take it out of its case. Comfort is paramount when spending any length of time doing something, especially when talking about something strapped to our face. All in all, I just don’t find the Quest 2 to be comfortable.

Then in terms of content, there are plenty of excellent games for the Quest 2, but I’m still waiting for that title that can’t be put down. Ma says, “Gaming and videos have been the key drivers for consumer VR headset adoption so far, but those use cases don’t appeal to everyone. The industry has been long searching for the elusive ‘killer app’ that would help the product category break into the mainstream. Vendors hope that the vaguely defined metaverse is the answer to that question, but that’s still many years away with lots of unanswered questions.”

I’ve played many of the most popular titles for the Quest 2, such as Beat Saber, Pistol Whip, and Superhot. While I enjoyed them, none of them kept me coming back, aside from Superhot. Supernatural‘s fitness app is well done and has a draw for return as it’s for working out, and, as many know, exercise isn’t a one-and-done type of deal. But even with that, I have other avenues to work out that don’t involve sweating into a face cover — so VR fitness is a seldom occurrence for me.

I’ve never used PSVR, and part of me wonders if the Playstation console route would have more titles that appeal to the average consumer. The upcoming PS VR2 for the PS5 looks like it will be impressive from a hardware standpoint, and Sony will surely be able to entice developers to create amazing content for it. Then again, the idea of being tethered to play is a major buzzkill.

In an effort to play a high-end game for my Quest 2, I went the tethered route for Half-Life: Alyx. Yes, I know that Oculus Air Link is available as a wireless option when using a PC for content, but I had too many issues using it. Playing through my computer, Half-Life: Alyx offered excellent graphics, gameplay, and storyline. This is where the chicken-and-egg situation arises: for that high-end gaming experience, we need power that a standalone headset can’t offer — yet.

In terms of the Oculus Quest 2’s library, I have seen a common thread in games available, and that is there are a lot of horror and zombie options. I enjoy a good scare and exploding zombie head as much as the next person. In fact, I have really enjoyed After the Fall and Arizona Sunshine. But maybe I’m just looking for more substance and some exploration that doesn’t involve dark and dingy environments.

One game that has been a surprise for me has been Moss. This game is a very popular title, and it took me far too long to dive into it — but I’m glad I have. The unique perspective, immersive world, and excellent story have been a wonderful experience thus far. I’d love to see more of that type of game.

However, accessing the Quest 2’s growing list of content comes with a catch — Facebook. Sag believes that “one of the big reasons people might hold back from buying a Quest 2 is the fact that Meta requires a Facebook account to use one (which it has since walked back and will undo in the future). I think a lot of people would be more interested in buying a Quest 2 if it weren’t a Meta/Facebook product simply because they don’t trust the company. This is the biggest problem I believe Meta has for long-term growth.”

While Sag agrees that the Quest 2 is “probably the closest we’ve ever come to making VR mainstream,” for it to progress even further, “there needs to be an even lower price point, even more content and apps, and possibly more competition to accelerate innovation.”

These opinions illustrate why even I, who genuinely wants to use my Quest 2, don’t. I’ve gone months without touching the headset and even longer since I bought a new game.

In recent years, one of my absolute favorite games has been the Mass Effect series, thanks to the fantastic character development and expansive worlds. Finding a game that can even come close to the immersive nature that titles like that can offer in VR is extremely difficult.

Until that must-have title for the Quest 2 arrives for an average consumer like myself — something that justifies the discomfort of wearing it for long periods — I’ll likely continue to let my headset rest for long periods between use.