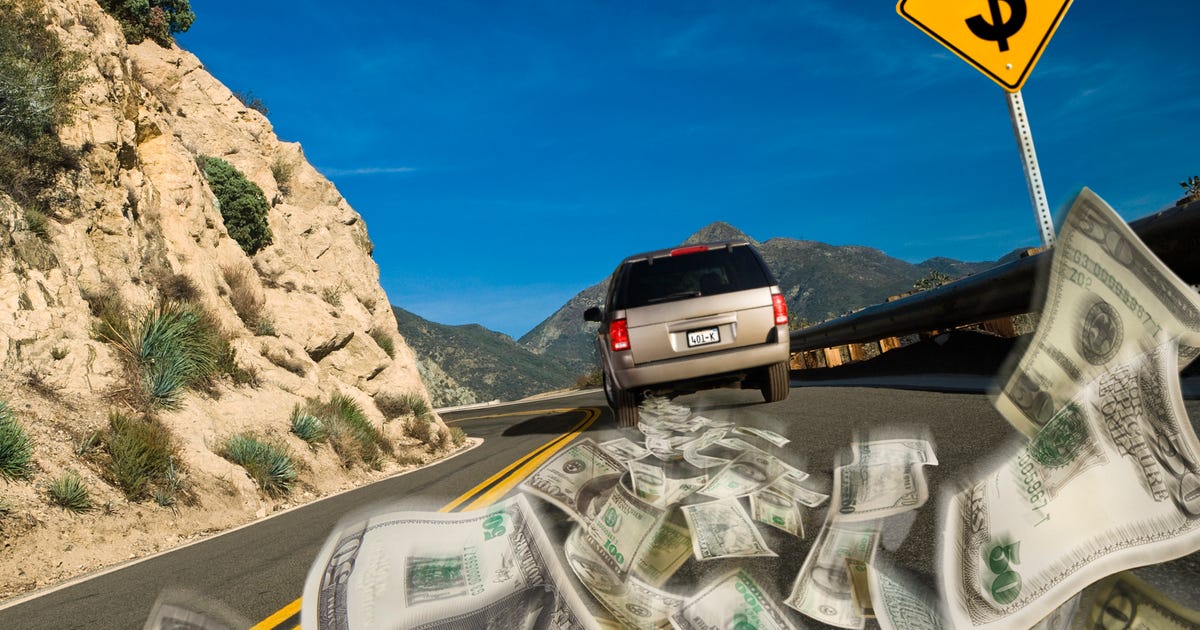 After record highs in mid-March, the cost of gas has remained ratcheted down in recent weeks. The average price at the pump on Friday was about $4.14 a gallon, according to AAA, down 8 cents from a week ago and 19 cents cheaper than the all-time high of $4.33 reached on March 11.

But it’s still over 50 cents more than a year ago. And as demand increases with warmer weather, more price hikes are likely this summer across the US.

Of course, not everyone is paying the same price: From state to state, the average price of gasoline ranges from $3.70 a gallon to nearly $5.80. Over a year, that difference adds up to $1,638 for a driver topping off their tank once a week.

Here’s what you need to know about gasoline prices, including where they’re the highest and lowest.

Which states pay the most for gas?

Here are the five most expensive states to buy gas in, according to data from AAA gathered on April 8, 2022.

California
Gas in the Sunshine State averaged $5.79 a gallon, higher than anywhere else in the nation. And that’s just the statewide average: In Los Angeles County it’s $5.89, while in Inyo County the average is $5.96. In Mono County in east-central California, one of the state’s least populous regions, gas is averaging $6.58 a gallon, the highest in the US.

Prices are relatively higher there to begin with because California has more stringent environmental requirements for fuel than other states, according to the Energy Information Administration. To offset the cost at the pump, California Gov. Gavin Newsom has proposed offering $400 rebates for households with a car registered in the state, up to $800 for two cars.

Hawaii
Filling up the tank costs about $5.24 a gallon on average in Hawaii. That’s a 53-cent increase from a month ago and $1.53 more than a year ago.

That average price factors in the state’s gas tax of 16 cents per gallon, as well as individual counties’ fuel fees, which range from 16 to 23 cents.

Nevada
Do you feel lucky? You might not if you had to pay $5.13 a gallon, the average price for gas in Nevada. That’s $1.79 a gallon more than one year ago. Nevada’s gas prices tend to be higher because the West Coast has reduced its refinery capacities over the last number of years, according to economist John Restrepo.

“We already had supply constraints because of COVID,” Restrepo told Nevada Public Radio. “We also had a huge increase in demand from all the stimulus.”

‘We’re going to have to get used to volatility for a while,” Larry Persily, a former federal coordinator of the Alaska Natural Gas Transportation Projects, told Alaska Public Radio.

The price would be higher if Alaska didn’t have the lowest fuel tax in the US — just under 8 cents a gallon.

Washington
In the Evergreen State, a gallon of gas will set you back about $4.69, on average, down 3 cents from last week. Unlike in other areas, lawmakers in Washington haven’t proposed specific legislation to pause the state gas tax, and Gov. Jay Inslee hasn’t suggested a remedy, either.

Which states have the cheapest gas?

Here are the five least expensive states to buy gas in, according to data from AAA gathered on April 8.

Missouri
At an average of $3.70 a gallon, Missouri has the cheapest gas in America. In part, that’s because the state’s fuel tax is just 19.5 cents a gallon. Even in St. Louis, the biggest city in the state, gasoline is just $3.80 a gallon.

Kansas
Kansas also has a low motor fuel tax, just 24 cents a gallon, so it’s little wonder it has the second cheapest gas in the US, averaging just $3.71 a gallon.

Oklahoma
In Oklahoma, a gallon of gas costs just $3.72, down 7 cents from a week ago. In the capital, Oklahoma City, regular gasoline is still only $3.75 a gallon.

Arkansas
You’ll pay $3.74 a gallon to fill up in the Natural State. Currently, Greene County has the lowest price, an average of $3.50, according to KARK. Southeast Arkansas’ Lafayette County has the highest: $4.03 per gallon.

Texas
In Texas, the price of gas dropped a little less than 2 cents from yesterday to reach $3.75 a gallon. Even at that relatively reasonable rate, some Texans are crossing the border into Mexico for cheaper fuel. Jonathan Rivas, a manager of a gas station in Juárez near El Paso, where gas is $3.86, told the El Paso Times, “We’ve seen more traffic, more people with Texas license plates.”

What is the government doing to lower gas prices?

President Joe Biden is releasing 1 million barrels of oil a day from the US Strategic Petroleum Reserve over the next six months. According to the White House, the unprecedented withdrawal could lower gasoline prices between 10 to 35 cents a gallon in the coming weeks.

But insiders say it won’t move the needle much.

“It will lower the oil price a little and encourage more demand,” Scott Sheffield, chief executive of Texas oil company Pioneer Natural Resources, told The New York Times. “But it is still a Band-Aid on a significant shortfall of supply.”

The White House is also pressuring US oil companies to increase drilling and production. Criticizing energy concerns for “sitting on” more than 12 million acres of federal land and 9,000 approved production permits, the administration would like companies to face fines if they leave wells leased from public lands unused.

There’s also the option of getting energy products from other sources. The US has been working at improving relations with Venezuela, which has been banned from selling oil to the US since 2018, and is negotiating another nuclear nonproliferation treaty with Iran, which would bring Iranian oil back onto the market.

Individually, Connecticut, Maryland and Georgia have suspended state gas taxes to help consumers, and at least 20 other states are considering similar moves. A bill in Congress would pause the federal fuel tax, though it faces stiff competition.

What has made gas so expensive?

The price of gas is inextricably linked to the cost of crude oil, which it’s refined from. Every $10 increase in the cost of a barrel of crude adds almost a quarter to the price of a gallon at the pump.

As part of ongoing sanctions over the invasion of Ukraine, Biden announced a ban on Russian oil imports. Even though the US doesn’t import much crude from Russia, oil is traded on a global market. Any ripple affects prices all over the world.

The US Energy Information Administration predicts Brent crude oil, the international benchmark, will stay above $100 for the remainder of 2022.

But Troy Vincent, senior market analyst at energy analysis firm DTN, says the war in Ukraine isn’t the only cause of inflated fuel prices. Demand for gas plummeted during the pandemic, causing oil producers to put the brakes on production. Even though demand is nearing pre-pandemic levels, OPEC nations, US oil companies and other producers are still gun-shy about increasing production.

“We’ve had a supply-and-demand imbalance for a while,” Vincent said. “And it will remain, regardless of whether this conflict goes away,” he said.

In addition, the price of gas normally gets more expensive as companies switch to summer blends of gasoline. In the warmer-weather months, gasoline is reformulated to prevent excessive evaporation. More expensive to refine and distribute, these summer blends can cost 25 to 75 cents more than winter blends.

How can consumers save at the gas station?

There’s not much we can do to change the price of gas, but drivers can cut down on unessential trips and shop around for the best price, even crossing state lines if it’s not inconvenient.

Apps like Gas Guru scan for the best gas prices in your region. Others, like FuelLog, track your car’s gas mileage and can help determine if it’s getting decent fuel economy. In addition, many gas station chains have loyalty programs, and credit cards have rewards programs that give cash back for gas purchases.

DTN’s Vincent advises against hoarding gas or other extreme measures but encourages budgeting more for gas. High energy prices have been a major contributor to inflation for a while, he said, and won’t be going away immediately.

“When the cost of crude rises, prices at the pump tend to reflect it very quickly,” he said. “But gas prices tend to linger higher longer even when crude falls.”