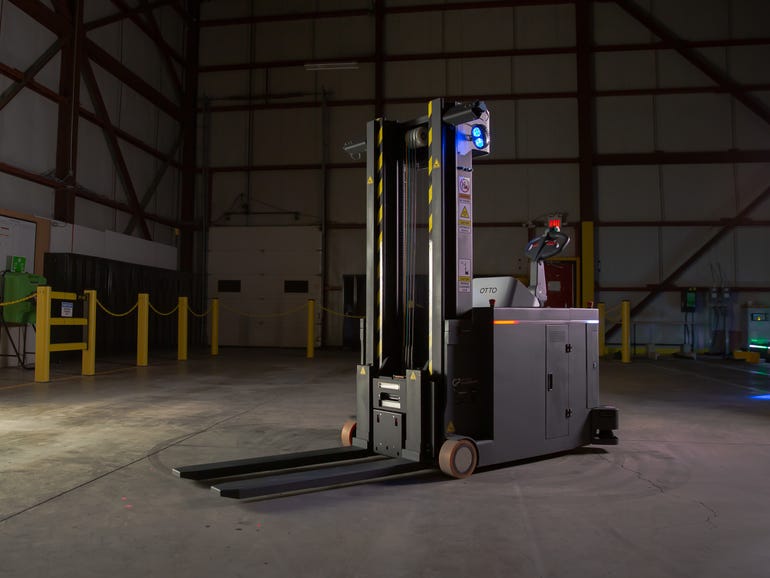 A new robot forklift with some serious smarts is debuting at MODEX, the largest supply chain conference in the Americas. The conference is getting a lot more attention than usual amid ongoing global logistics pressures, and so is the case for a major automation overhaul in the logistics sector.

Into that fray enters OTTO Motors, one in a growing number of robotics firms specializing in materials handling for a majorly strained global logistics paradigm. OTTO’s newest robot forklift, named Lifter, is billed as the smartest forklift in the market and adds to the company’s lineup of autonomous mobile robots (AMRs) that, taken together, can do much of the materials handling work of a major shipping and receiving warehouse.

That’s a fairly astounding development given how little automation penetration there was in the sector until the 2010s.

“Over the last decade, our AMRs have solved material handling challenges for some of the largest companies in the world, but our customers have made it clear that there was a missing member of the team — one that could pick up a pallet on its own,” said Chief Executive Officer and founder of OTTO Motors Matt Rendall. “We’ve answered that call with OTTO Lifter — your new forklift driver. We put years of autonomous driving experience into OTTO Lifter, making it the smartest forklift on the market.”

What makes the new generation of AMRs like Lifter so useful is their ability to navigate in crowded and dynamic semi-structured environments, a feat made possible by a host of sensing technologies that have rapidly fallen in price over the past few years and intelligence such as dynamic path planning, lane tending, and intelligent pallet detection.

According to the company, all that adds up to a safer forklift, which is no small thing. Traditional forklifts account for 10% of all physical injuries in workplaces where they’re used, an average of 85 deaths annually, and nearly 35,000 serious injuries in the U.S. alone, according to OSHA statistics. 70% of all industrial accidents are caused by operator error, according to the National Safety Council, and 69% are working through fatigue. Remarkably, OTTO boasts three million hours of material handling driving without a single safety incident.

Of course, if safety is a major concern, it’s probably trumped in the market by financial incentives. OTTO estimates that its forklift costs about $9 per working hour. That’s an important figure as it falls substantially below the federal minimum wage. OTTO, like most automation vendors, emphasizes that its robots are meant to work alongside people and augment human workforces — and that’s substantially true of most AMRs on the market today — but it’s a sure bet that operations managers will weigh that $9 per hour against the projected cost to run a manned forklift.

All of this paints a pretty clear picture of how automation is beginning to tip the balance in a variety of industries, from logistics and manufacturing to spaces like construction. The blended era of humans and autonomous machines collaborating in the same spaces is very much here, and the next few years will see AMRs crop up in a variety of more generally visible spaces, including hospitals and restaurants.

For now, if you want a pallet lifted, there’s a smart forklift ready and willing to work for cheap.