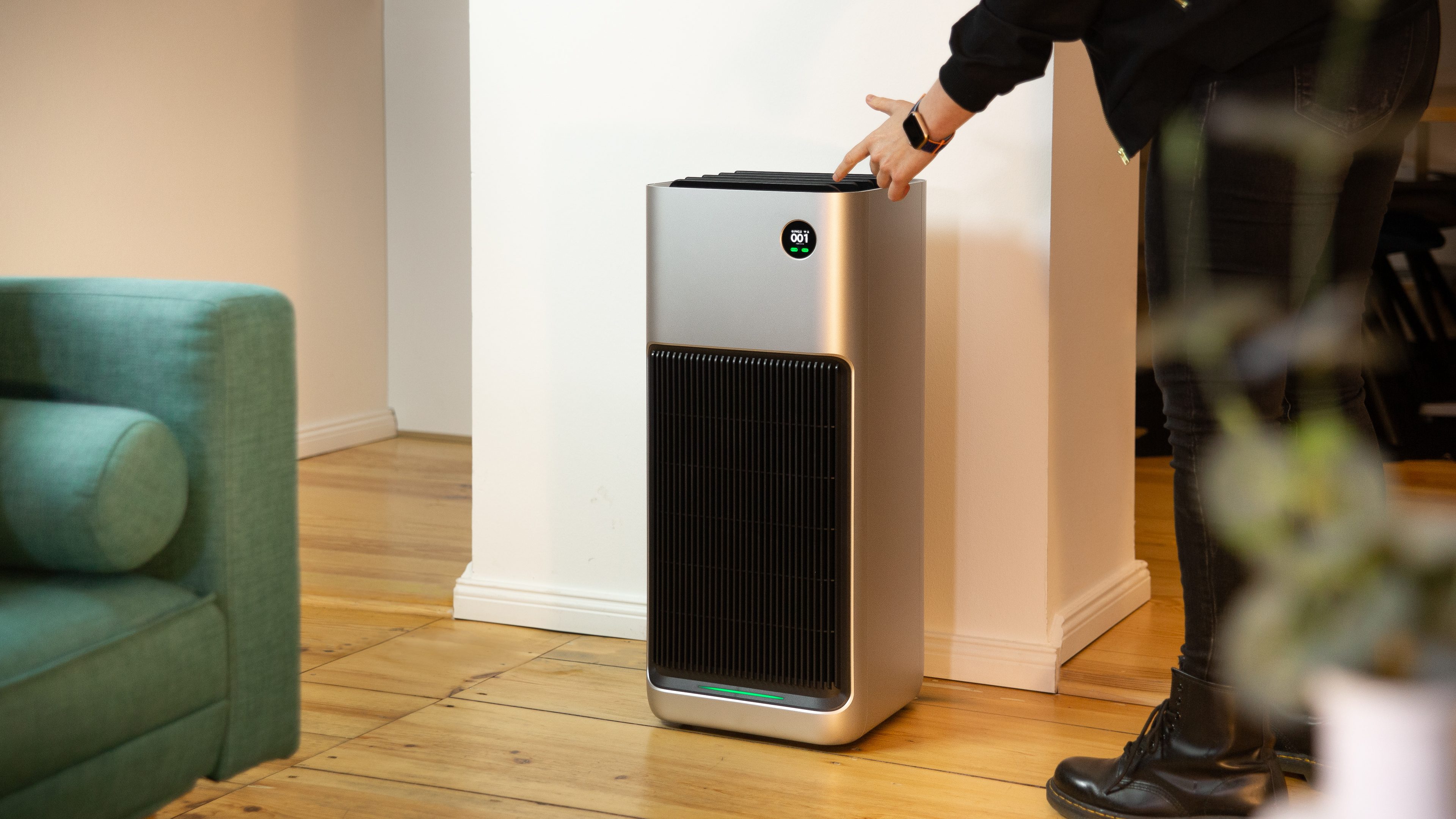 Why choose a smart air purifier instead of a regular one

Air purifiers are appliances that are not necessary 24h per day for most people, and some may even require them for short periods of time during specific months of the year. In those cases, it might be worth considering buying a smart model.

Armed with sensors and with the option of being controlled by a mobile app, smart air purifiers can be set to function only when the pollutants levels are harmful or when there are people in the house or room, potentially saving power.

One of the must-have features of a smart air purifier is an array of sensors to automatically detect the level of pollutants, and adjust the fan accordingly. Sensor data can also be sent to an accompanying app, where you can check for the air quality.

Air purifier applications can not only report the overall quality of air, but also display statistics, historical data, forecast, and present the status of the different kinds of pollutants:

Another feature for smart air purifiers is the compatibility with smart home ecosystems and voice assistants. Depending on the model, the device can be integrated into defined schedules — turn on filtering before sleeping when the lights dim, turn off in the morning when the curtains go up, etc.

One thing to look forward to in the future is compatibility with the (soon to be ratified) Matter smart home standard, which promises to simplify control and integration between devices. Apple, Amazon, Google, Oppo, Samsung, Ikea, Signify, Tuya, and other heavyweights are amongst Matter supporters, and the standard is expected to launch in 2022.

Another thing that many smart air purifiers offer is an accompanying app that can be used to remote control, monitor air quality, adjust fan speed and noise, and also set reminders for buying new filters.

HEPA is a type of air filter that can remove at least 99.95% of dust particles, bacteria, pollen, mold, and other airborne particles between 0.3 and 10 micrometers (µm) in diameter.

Sometimes, manufacturers will report an additional number, known as the efficiency rating. In general HEPA filters are classified as either H13 or H14 in the European Union, with the latter defining filters capable of retaining more than 99.995% of particles within that size range.

Other companies advertise products with terms like “HEPA-like/type/style” or “99% HEPA”, but that is basically a meaningless classification for filters that do not pass the HEPA requirements, or at best haven’t been properly tested.

Besides removing particulate matter from the air we breathe, some filters also promise to remove odors and gases. That can be done using an activated carbon filter, capable of removing VOCs, odors, and gases, such as NO2.

Also called charcoal filters, they are made using a porous material, and work using a process called adsorption — in which the pollutant stick to the carbon molecules, but does not get absorbed.

Ionizer filters work by charging the room particles to make them easier to attract and capture by the filter or make them fall to the ground. While it may help with smoke particles, for example, the feature liberates ozone as a byproduct, which depending on the level produced can cause lung irritation.

Some air purifiers also include a UV light to destroy pollutants. Also called ultraviolet germicidal irradiation (UVGI), the feature tries to destroy biological matter, like bacteria, mold, and viruses by damaging their cell structure or protein shell, even inactivating some viruses.

Keep in mind which room(s) do you expect to use the air filter on and compare the overall room volume with the manufacturer’s recommendation. Some models list the American standard CADR — clean air delivery rate — which notes the cubic feet of air per minute (CFM) filtered in a 1000 ft³ (28.5 m³) room.

Depending on the region, air purifiers are advertised with their filtering rate in cubic meters per hour (m³/h) or CFM. Note that the value shown is the maximum offered by the device, and features like “silent mode”, “night mode”, or power-saving options will lower the filtering rate.

One often overlooked detail when shopping for an air purifier is the filter cost. Expect to change filters once or twice a year, with many models notifying when it is time to replace the filter — some even allow to order a replacement from the companion app.

Filter costs are usually proportional to the capabilities – particulate/HEPA filter and/or activated carbon -, and some companies even sell the different components separately like Ikea, with the particulate and activated carbon filters sold on their own for the Starkvind models.

Also, similar to what happens with coffee pods, replacement filters for bigger brands are usually easier to find than components for some niche companies only found on the Amazon marketplace. Some of the most popular models even have third-party filters available, but be aware that their usage may void the device warranty!

What did you think about this overview of smart air purifiers? Do you use one? What are the most important features for you? Share your opinion in the comments below.