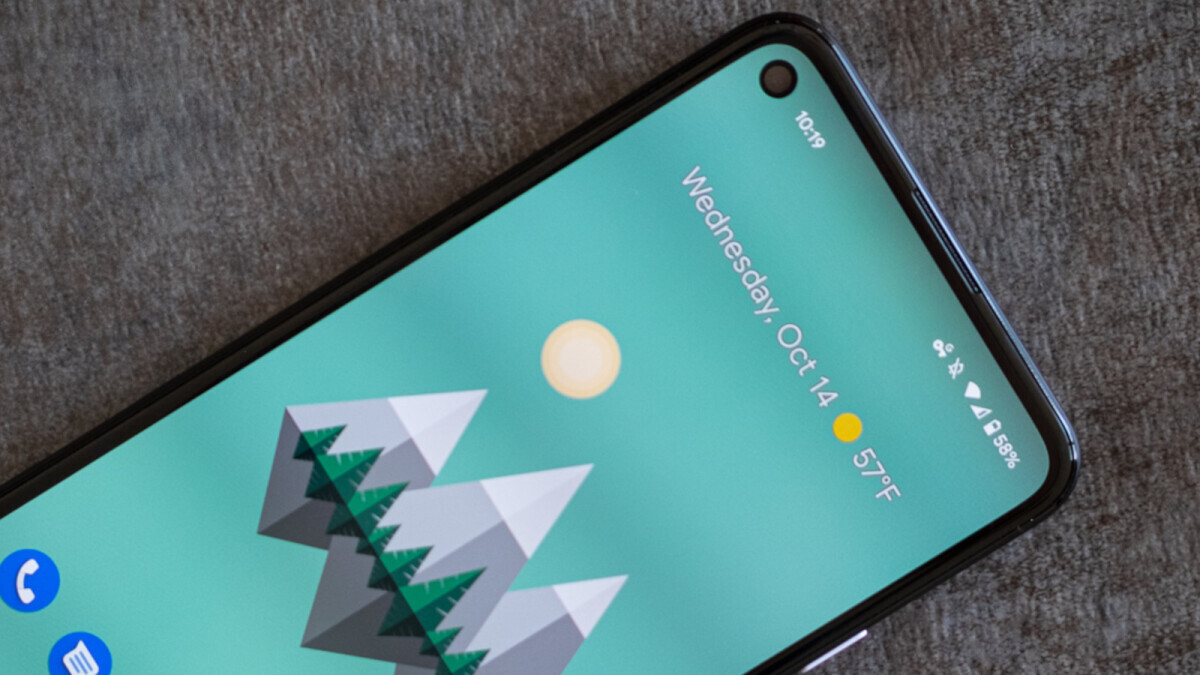 Some Pixel 6 series users are feeling under the weather; at least they think they are. You see, a bug affecting weather data on the At a Glance widget is making the usual weather information found on users’ Pixel screens disappear. So how can you tell if you’re under the weather if you don’t know what the weather is?

According to several Pixel users on Reddit, the weather seen on the “At a Glance” widget is disappearing on Pixel handsets. One user with the handle of PurficPourBY was able to get it back. He writes, “One way I get it back is hold the date to see the settings, and then turn the weather off then back on.”
What he is referring to is the At a Glance settings menu. To get there, long press on the widget until you see the Customize pop-up banner. Tap on it and then tap on the At a Glance  Settings gear icon. Press on that and then tap on “See more features” at the bottom of the display. You will then be taken to another At a Glance settings page. Under Personalization tap on Location History which says “Turn on for accurate weather info and location-related features.”
Make sure that Location History is turned on. You might want to turn it off and turn it back on. See if that brings the weather info back to your At a Glance widget. Of course, other Pixel 6 series users chimed in with similar experiences.
One Reddit user said that he had the same issue with the “At a Glance” weather data disappearing although it came back a week later. Another Reddit subscriber mentioned that he had to install the Carrot app (PlayStore) to show the current weather on his phone, something he wasn’t happy about.

Reddit user polyblackcat wrote, “Is that still happening? I had that on my 4a5G earlier in its life but haven’t had it in ages. I put the Google weather widget on the homescreen and even now they sometimes display different temperatures, and open different versions of the Google weather app. This is part of the attention to detail that they need to tighten up. It’s not stuff that breaks the essential things you need the device to do, but it’s still not a good look.”

Pick up the Google Pixel 6 and Pixel 6 Pro

Are any other Pixel users missing the current weather info that they normally get from the “At a Glance” widget? Feel free to tell us your story by typing in the comment box below. By the way, Google has been adding new features to the widget piecemeal. Bluetooth users can now see on the widget the battery life left on their connected Bluetooth device.s One of the most useful upcoming At a Glance features will hopefully be disseminated soon. This is the one that will remind Pixel users to disable their alarms if the next day is a work holiday.

It is these quality of life features that Pixel users live for and iOS users live without (unless they can find an app to buy that will do the same thing). Sure, weather apps are a dime a dozen in the Play Store, but being able to look at the top of your phone to get current conditions and the temperature is a quick and painless way to help you decide whether you need to wear a jacket or if carrying an umbrella is called for.