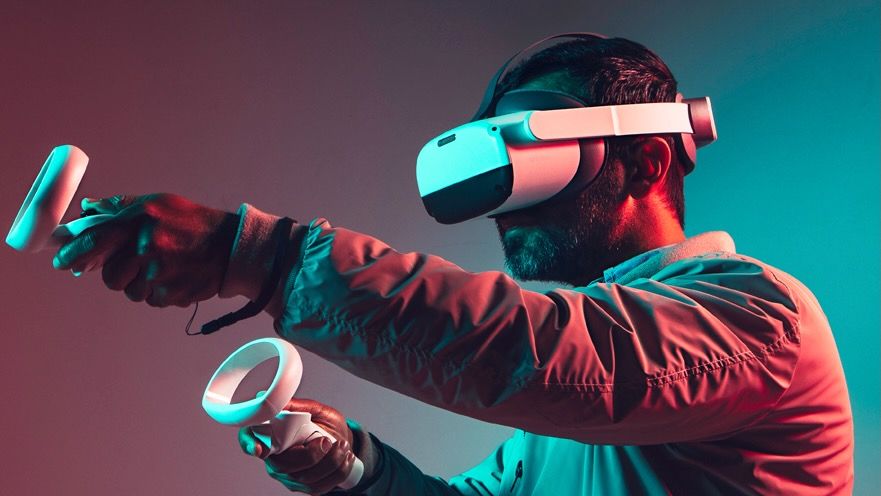 What you need to know

The Meta Quest 2 has very little international competition for all-in-one VR, but Pico and its parent company ByteDance want to change that. Today, Pico announced it would bring the Neo 3 Link to six European countries, having previously been limited to China and imported sales.

The Pico Neo 3 Link will sound remarkably similar to Quest 2 users. It has the same Snapdragon XR2 chipset, 6GB of RAM, four inside-out cameras for tracking, a 3-hour battery life, motion controllers, and 256GB of storage as Meta’s popular headset.

These similarities are how Pico will start to make inroads in the VR market, because it makes it easy for developers to convert Quest 2 games to work with Pico, too.

So far, the Pico Neo 3 Link has 120 games and 50 apps available, with at least 30 more games slated to be added. The launch library includes After the Fall, Superhot, Walkabout Mini Golf, and Eleven Table Tennis — all of which number among the best Quest 2 games.

As for what’s different, the Neo 3 Link comes with a DisplayPort cable, meaning you’ll get a better data connection for PC VR than you would with a Quest Link cable. That could make the headset popular with Steam VR users. Plus, while it’s about 3.5oz heavier than the Quest 2, it has a better weight distribution and an Elite Strap-style back with a tightening knob.

Launching at the same price as the Quest 2 256GB while bundling in a strap and cable — whereas the official Oculus Elite Strap and Link Cable would sell separately for hundreds more— makes the Neo 3 Link a pretty attractive deal.

Pico Neo 3 Link preorders will open on April 15 for €449/£399, as part of a beta program. Customers will be encouraged to communicate directly with Pico as the brand revamps its store, website, and payment system in preparation for a larger rollout.

French, German, Dutch, and Spanish beta users will receive the headset on May 24, while UK and Italian buyers will have to wait until mid-June.

Preordering the device varies from country to country; U.K. buyers should check out SystemActive or Bestware, while VR Expert has it for Germany, the Netherlands, and France.

German VR fans may find this new headset particularly exciting, as the Quest 2 isn’t available in Germany. Otherwise, it’s a fair question who will buy this device, what with the Quest 2 already available with more exclusives. We’ve called Pico a potential “Quest killer” but that will depend on whether ByteDance can make the Pico brand as popular outside of China as it did with TikTok.

One possible incentive is that beta participants will receive a “35% discount on a future model,” that would ship “within the next 12 months.” So it’s clear a possible Pico Neo 4 could arrive soon, but that its availability in Europe (or elsewhere) is “subject to beta program success.” If no one pays attention to the Neo 3 Link, that could end Pico’s worldwide ambitions prematurely.

Pico gave no sign that it would bring its headset to North America, unfortunately. So Meta will keep its firm grip on VR popularity in the U.S., at least for now.