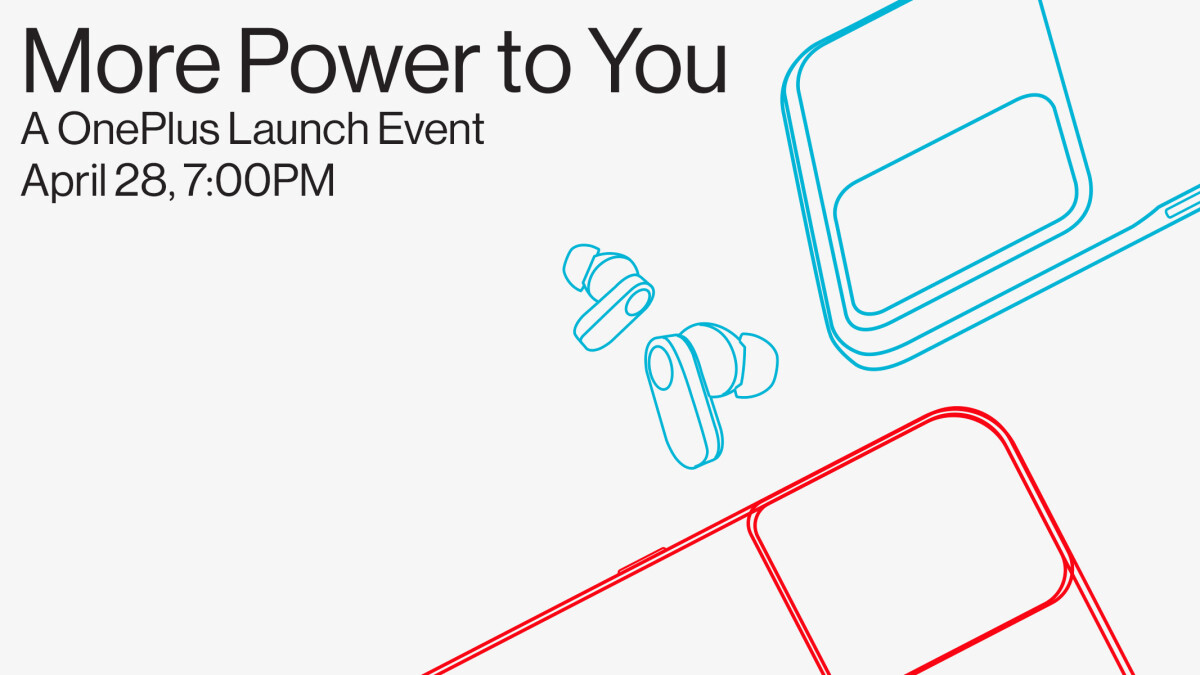 After the global release of the OnePlus 10 Pro, the phone maker can now move on to releasing actual novelties like the rumored OnePlus Nord true wireless earbuds and a bunch of new phones, including the promised first phone with support for 150W charging speeds.

Of these, the more interesting is the OnePlus 10R which could be called either the Nord 3 or the OnePlus Ace, depending on whose rumor we choose to believe. The Ace may be the star of a new April 28 event announced by OnePlus, as it already leaked out sporting a 6.7″ display, a Dimensity 8000 processor, 12GB RAM, and a 50MP main camera with a Sony IMX766 sensor.
So far so good, but the unique selling point will be the OnePlus Ace’s 4500mAh battery capable of being charged at 150W speeds, the fastest in the industry. When previewing this charging technology at the MWC expo, Oppo tipped that we will first be seeing it in a OnePlus phone in the spring, and the Ace will seemingly be that first phone with 150W charging.

The OnePlus Ace may be first to sport 150W charging

The new 150W charging technology will be capable of bringing the Ace’s 4500mAh battery pack from empty to full in 15 minutes. The charge to 50% will take just 5 minutes, or, about the patience you’d have when you need to leave in a hurry.

That’s four times faster than it took Samsung’s “fast” 45W charger to fill the Galaxy S22 Ultra in our battery test, and another amazing work by the SuperVOOC technology of Oppo and OnePlus which also offers 50W wireless AIRVOOC wireless charging to go with those 150W wired fries.

The 150W-capable charger is compatible with the Power Delivery and PPS standards, so you’d be able to use it to charge laptops or other devices besides phones with it. Made with the trendy gallium nitride (GaN) method, the charger is also rather compact for what it offers, with a much higher, 1.51W/cm3 power density than your average phone charger.

But, what about the battery health, one would ask with a perfect reason? Well, here is where it gets the most interesting. Oppo says that, due to its novel battery chemistry and charge monitoring algorithms, collectively called the Battery Health Engine (BHE), the 150W-capable batteries are able to go through 1600 full recharge-discharge cycles before they retain 80% capacity.

This is double what is available right now on the best of them like the iPhone 13 Pro Max or Oppo Find X5 Pro battery packs. This means that even if you charge your phone from empty to full every day, the 15-minute-charge battery will retain at least 80% capacity for more than four years. Since we usually don’t charge 0-100% every day, it’s about to last twice longer, which bodes well for both the resale value, and the environment.

Capable of tracking the electric potential across the negative electrode in real-time, the Smart Battery Health Algorithm “dynamically adjusts the charging currency within a reasonable range, minimizing the occurrence of dead lithium while maintaining the maximum charging current, therefore ensuring a healthier battery lifespan and faster charging speed.”
The charging and discharging process can be simply viewed as the movement of lithium ions between positive and negative electrodes. While charging and discharging, lithium ions are running between the positive and negative electrode through electrolyte conduction. When active lithium ions cannot return to the positive side because of overcurrent, they become “dead lithium”, causing the capacity of the battery to degrade. Therefore, it is essential to control the charging current and voltage in a reasonable range to prevent overcurrent and overcharge and maintain as many active lithium ions as possible to protect the batteries.

Through three years of research and innovation, the OPPO Research Institute has conducted a significant number of tests on battery performance. By constantly optimizing the accuracy of the battery model, the Smart Battery Health Algorithm is able to determine the safest charging current based on different battery capacities, charging adapters, battery conditions, and stages of charging, therefore maximizing the activity of lithium-ions and prolonging the battery’s lifespan.

Charging speed control algorithms are all fine and dandy, but the new Battery Healing Technology also enhances the chemistry system of the battery in real time. Oppo has been able to optimize the electrolyte formula in a way that has the electrodes damage caused by the full charge and discharge cycles repaired continuously by creating a durable film called the Solid Electrolyte Interface.

Last but not least, Oppo would be remiss not to make a recap of all the novel phone battery and fast charging technologies it has introduced over the years, and tells us to expect the 150W SUPERVOOC to make a cameo on a OnePlus phone due for a Q2 release, notably the OnePlus Ace that is to be announced at the April 28 event.

If that last bit didn’t catch your attention, we don’t know what will, as not only does Oppo have a commercially available 150W phone charging system, but it is also working on a 200W one that will probably take ten minutes to fill a 5000 mAh battery pack next year, a pretty amazing feat.