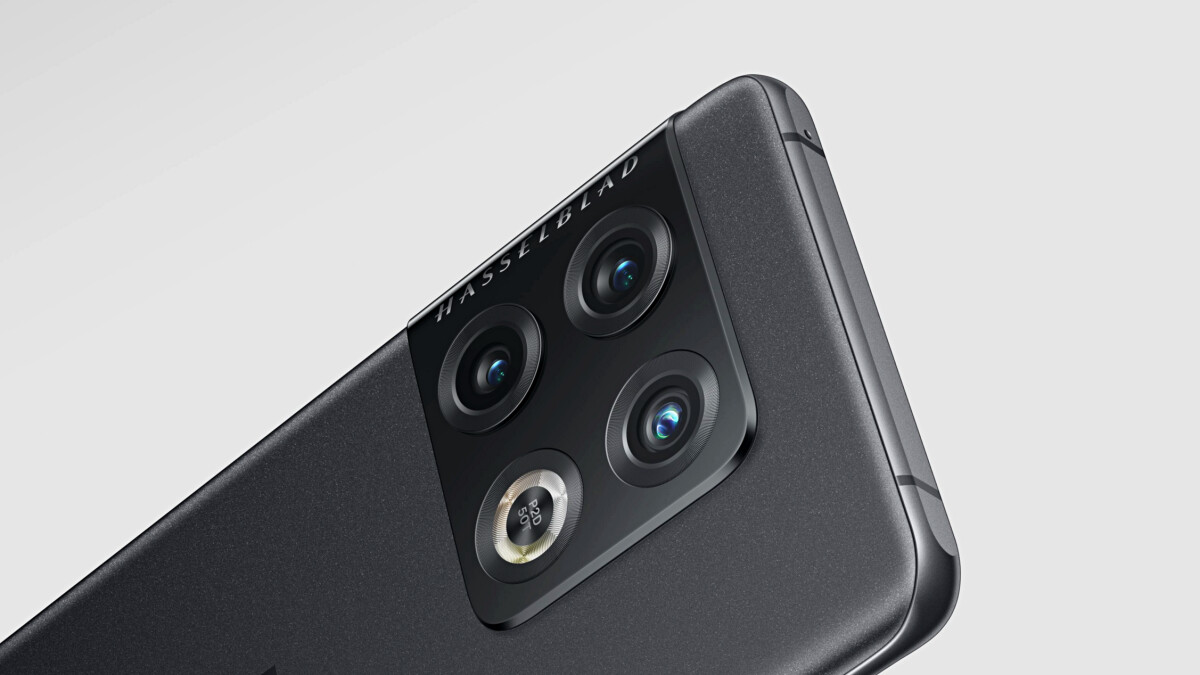 is finally here. The BBK Electronics company was gearing up for a global release in spring, and now that the phone is here there are a lot of questions surrounding the device.

For instance, the predecessor of the 10 Pro, the OnePlus 9 Pro, promised a big improvement in the camera department, but it ended up once again behind the competition. Now,

is again collaborating with Hasselblad to offer a supreme camera system. The phone has an improved array of camera sensors and many new photography and filming features.

and our first impressions, let’s take a deeper look at what you its cameras can do.

As mentioned above, the OnePlus 10 Pro rocks a triple-camera system. Here are all the cameras and their specs:

The main 48MP camera of the OnePlus 10 Pro captures photos in 12MP by default with pixel binning. This increases low light performance by combining four pixels into one bigger one. It also results in pictures that take less data to store.

The OnePlus 10 Pro has kept the same main and telephoto sensors seen in the 9 Pro from last year. The ultra-wide camera now has a 150° field of view. This means that it will capture more in the same frame, but at the cost of greater distortion.

According to OnePlus, this camera is four times wider than traditional ultra-wide shooters. The 10 Pro can also capture a 110° field of view if you don’t want to go full-on ultra-wide crazy. The shooter has support for AI (Artificial-Intelligence) for potentially better results too. OnePlus’ improved ultra-wide camera supports Fisheye mode.


As for the rest of the cameras, this year’s OnePlus 10 Pro has ditched the fourth 2MP monochrome sensor seen in the 9 Pro. This means that the OnePlus 10 Pro rocks a triple-camera system instead of a quad one.

That’s good news for those of you who are concerned about having unnecessary cameras, especially if some of them are pretty pointless like 2MP sensors have proven to be.

The rest of the improvements are thanks to new software and processing. OnePlus is featuring its Billion Color Solution in the new 10 Pro flagship. This is a photography feature that allows the OnePlus 10 Pro to capture 10-bit color. You get 1,024 shades of each primary color with 10-bit, and over a billion possible colors.

We’ve now tested the global version of the OnePlus 10 Pro and the results are in. This phone is capable of producing some great results from its main and ultra-wide shooters. During the day there is plenty of detail, colors look accurate, and exposure and dynamic range are good. The 10 Pro is good at shooting close objects and portraits too.

Still, while pictures from this phone look nice, they lack just a little bit behind the iPhone 13 Pro and the Galaxy S22 Ultra in terms of wow effect. The photos from the OnePlus 10 Pro look to lack just a bit of sharpness and contrast compared to these rivals.

Zooming-in is a struggle for the 10 Pro. Unfortunately, the 3.3x optical zoom telephoto shooter is only 8MP, and it shows. When zooming the image starts to deteriorate, especially in terms of detail. You can zoom-in up to 30x, but we don’t recommend it, as the end results look pretty unusable.

Compared to the 9 Pro, the OnePlus 10 Pro’s three cameras have a 25% increase in DCI-P3 color gamut coverage and process up to 64% more color.

OnePlus is also introducing the second-generation Hasselblad Pro mode. In this mode photos on the 10 Pro can be captured in 12-bit RAW+ format. This is a useful feature for professional photographers, as it allows them to edit and tweak more in their photos on a desktop computer.

RAW means that these photos have unprocessed data, unlike other formats like PNG or JPG, which are compressed.

The OnePlus 10 Pro’s improved camera system has many new features. For example, OnePlus is introducing Movie Mode. As its name suggests, this mode will help you shoot more professional-looking videos with a wider range of settings you can adjust. It’s similar to Pro video modes seen on other smartphone brands.

Movie Mode lets you adjust the ISO, shutter speed, and many other camera settings both during and before video capture. The OnePlus 10 Pro can also record in LOG color profile with Movie Mode without a pre-set picture profile. This provides video editors with better dynamic range and more edit possibilities.

According to OnePlus, videos filmed in the LOG format offer greater dynamic range and more information in the shadows and highlights. All in all, it seems like the 10 Pro is the perfect camera phone for video editors and vloggers.In terms of video resolution, the OnePlus 10 Pro can record in 8K 30fps. The device can also record a 120fps 4K video. This means that slow-motion recordings will now have a much higher resolution, offering better quality. This feature is carried over from the OnePlus 9 Pro. In 1080p, the 10 Pro can shoot in up to 240fps, allowing for even slower smooth slow-mo footage.