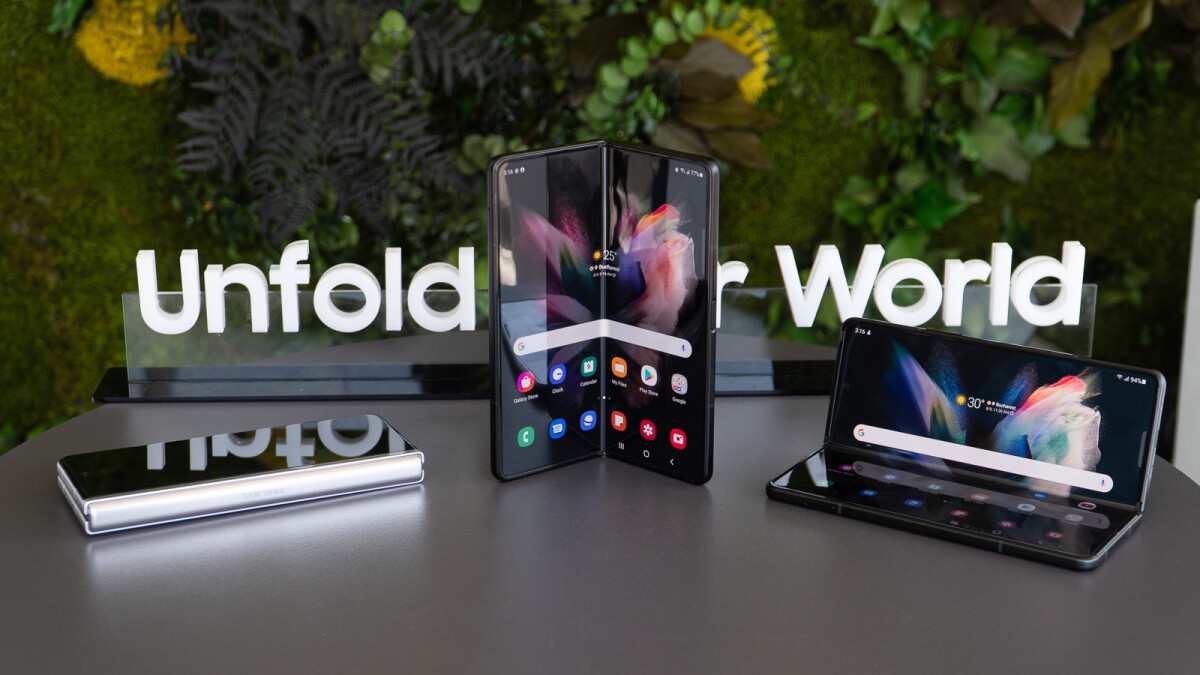 It’s pretty astounding to think that it’s taken Samsung less than three years to go from struggling to ship a single functional foldable device to selling enough Galaxy Z Flip 3 5G units for the handset to edge out the iPhone 13 and lead the latest popularity chart in Korea.

But while Samsung is already taking foldables so seriously that the Galaxy Note series essentially had to die for the Z Fold 3 and Z Flip 3 to get better distribution and promotion, Apple continues to play the long game, waiting for the right time to tackle this trendy product class rather than rushing to follow its arch-rival’s suit, as so many other companies seem to be doing.

Although Samsung has been a reliable Apple partner and key supplier of iPhone screens since, well, basically the inception of the now hugely popular iOS handset family, LG is likely to step in and take its domestic rival’s place for Cupertino’s first foldable project.

This foldable iPad was envisioned by LetsGoDigital all the way back in 2019.

In a nutshell, all we “know” right now is that LG is working closely together with Apple to develop a foldable OLED panel designed for “tablets and notebooks with ultra-thin glass as the cover window instead of polyimide.”
Based on that unsurprisingly vague description, it’s obviously impossible to say if Apple plans to use said LG-made panel for a foldable iPad or MacBook first, but fortunately, that’s where star analyst Ming-Chi Kuo comes in, anticipating a “medium” size comes before a “large” product, which in turn beats a “small” size in the “priority order” of Apple’s foldable development.

No movement until 2025 “at the earliest”

Remember when we used to dream of seeing the first foldable iPhone released as early as 2023? Unfortunately, that’s almost certainly not going to happen, and even Kuo’s previous prediction of a 2024 launch has been pushed back to the following year and revised to cover a foldable iPad or some kind of a foldable hybrid between an iPhone and an iPad rather than a straightforward and easily pocketable foldable iPhone.

Worse yet, 2025 is apparently the new best case scenario for one of these products to become a reality, which means we might have to wait until 2026 and 2027 (!!!) for the first foldable MacBook and foldable iPhone respectively.

This foldable iPhone concept made by @technizoconcept and LetsGoDigital is from 2021.

Then again, the Galaxy Z Fold family includes devices that could probably be best described as a cross between a conventional phone and a tablet, so if Apple manages to bring something like that to market in 2025, it may not be too late to threaten Samsung’s category supremacy.
Right now, Apple is said to be “actively testing” a foldable OLED screen of around 9 inches with a PPI (pixel per inch) density somewhere between iPhones and iPads, but it’s clearly way too early to take these details for granted, so if you’re not excited about the prospect of such a huge foldable phone/tablet hybrid, there’s still plenty of time for everything to change.