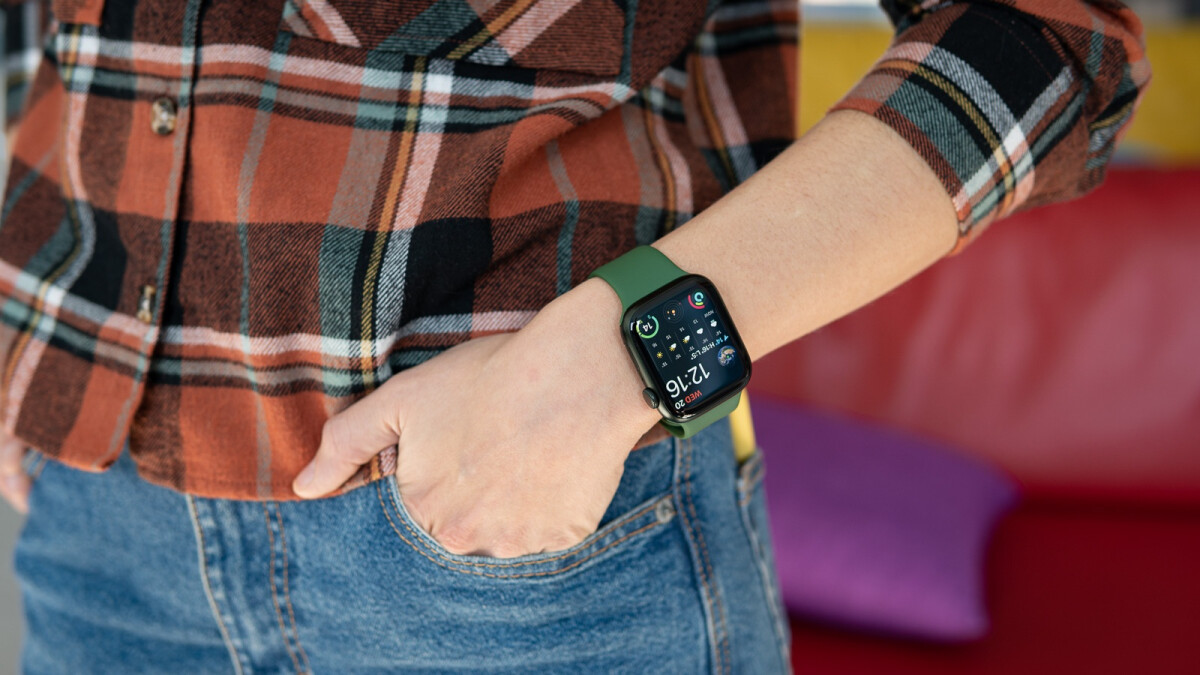 While it’s certainly no big secret that Apple has comfortably dominated the steadily growing smartwatch market pretty much since its very creation, what some of you might not be aware of is that Samsung managed to closed the gap (a tad) to the global industry leader last year.

Of course, that’s as much Samsung’s accomplishment as it is Apple’s failure, and if the Cupertino-based tech giant is not careful, its arch-rival could well move substantially closer to first place in 2022 and beyond.

That’s because the Apple Watch family appears to be stagnating in terms of innovation at one of the most important levels, getting basically no notable upgrades in the health and wellness department for the otherwise very well-reviewed Series 7 and looking destined to go at least another two generations without a major sensor add-on.

No blood pressure or blood sugar monitoring for you… yet

Although the Apple Watch Series 8 is almost surely still five months or so away, the chances of any of these two potentially game-changing features commercially materializing this fall have officially dropped from slim to non-existent with the latest Bloomberg report put together by none other than Mark Gurman.
Granted, Gurman has been wrong before about a couple of Apple-related things (emphasis on “a couple”), but when someone with the veteran analyst’s track record predicts a specific technology will not be “ready” for primetime until 2024 “at the earliest”, that means the 2022 and 2023 innovation games are over and done.

Apple is technically one step behind Samsung, but only because its ambitions are way higher.

Naturally, this year’s Apple Watch Series 8 and next year’s Series 9 could still innovate in other ways or at least bring a fresh new design to the table at long last, but a blood pressure sensor is essentially off the table for now due to certain “snags” encountered during internal tests and blood glucose monitoring is somehow even more distant.
Accuracy and reliability are reportedly big problems with both prospective features, and knowing Apple, no shortcuts towards solving these challenges will ever be accepted. The company aims to (eventually) allow Apple Watch wearers to track their blood pressure without requiring frequent calibration via a traditional external monitor, as is currently the case for some Samsung devices.
But even though the plan is to merely alert users when higher-than-normal blood pressure is detected without actually showing the values at all time, making the sensor work properly sans outside help is proving… challenging. Meanwhile, there are fewer details on the reasons for the blood sugar monitor hold-up, but clearly, this feature is even harder to integrate, requiring “several” more years of behind-the-scenes preparation.

For starters, Apple is apparently hard at work on a body temperature sensor that could be added to the industry-leading Watch family “as early as this year.” Before getting too excited, you should know that, even if that happens, the Apple Watch Series 8 might only use said new sensor to help with fertility planning.

Further down the line, of course, the intention is to warn users when their body temperature is too high… but once again without actually showing exact measurements. This way, you’ll be able to detect various ailments in their early stages sans constantly obsessing over your temperature as you do with your heart rate (admit it, this is a safe space).

The Series 8 may not look very different from the Series 7.

Other new health features headed to the Apple Watch and/or iPhone lineups “as early as this year” include some sort of a pill management tool letting you scan your bottles directly into a mobile app, an expansion of existing sleep tracking capabilities, and more stuff aimed specifically at women’s health.

With watchOS 9, Apple is also reportedly planning to improve its already hugely valuable and often life-saving atrial fibrillation detection feature present on multiple smartwatches, as well as allow users to run more apps in low-power mode, aka Power Reserve, to maximize battery life.
On top of everything, it’s worth highlighting that the expectation remains that the “standard” Apple Watch Series 8 will be joined to market this fall by a second-gen low-cost Apple Watch SE and a first-of-its-kind rugged model aimed at “extreme athletes.” Interestingly, Samsung seems to be working on three different smartwatches for a joint 2022 debut as well.