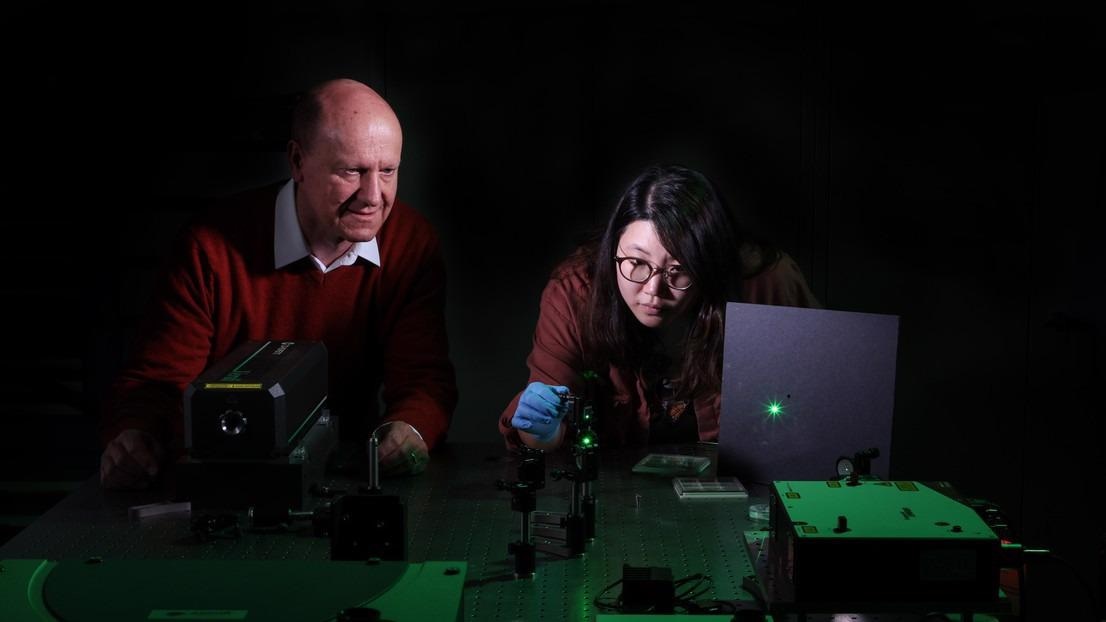 Engineers at EPFL have formulated a low-temperature annealing technique that preserves the structure of silver and gold when both the metals are joined in an alloy. Their finding will be useful in the production of holographic optical elements, contact lenses and other optical components since the new alloys manifest the complete spectral range.

Copper, gold, aluminum and silver are extensively used in the production of optical parts because of their reflective characteristics. For example, gold reflects red light and silver reflects blue light. These metals also raise the curiosity of researchers, who explore them at the nanometer scale, since nanostructures have a totally diverse optical response than bulk materials.

At the nanometer scale, light interacts more variedly than it would with the same metal in a greater quantity, like in a gold bar.

Engineers at the Nanophotonics and Metrology Laboratory (NAM), part of EPFL’s School of Engineering (STI), gave themselves a task: to create a material that manifests all the colors in the spectrum.

Combining the Optical Effects of Both Metals

We realized that, by creating an alloy of gold and silver, we could combine the optical effects of both metals in a single material.

Traditional gold and silver alloys are made at high temperatures ranging from 800 to 1,000 °C.

However, this method changes the form of the nanostructures.

To surpass this issue, the engineers began formulating a low-temperature annealing technique that would function for any alloy mixture.

In the laboratory, Martin’s team initially showed the possibility of using a low-temperature annealing technique to make a gold and silver alloy. The engineers heated the two metals to 300 °C for 8 hours, and then to 450° for an additional 30 minutes, positively creating an alloyed gold–silver thin film.

“We use nanoscale layers in our process,” says Jeonghyeon Kim, a PhD student and member of the team. “They’re incredibly thin.” The engineers learned that their technique preserves the structures of the two metals—and that the new material manifests the complete spectral range, based on its composition. “Low-temperature annealing produces well-alloyed materials but doesn’t alter the form of the particles. It’s as if we’ve combined the optical properties of gold and silver. Our alloy reflects new colors.”

The optical effects change as we add more gold or silver to the mixture. Their method, which could be used to manufacture new optical instruments, also has more everyday applications. Our material could find its way onto watch and clock dials, for instance.