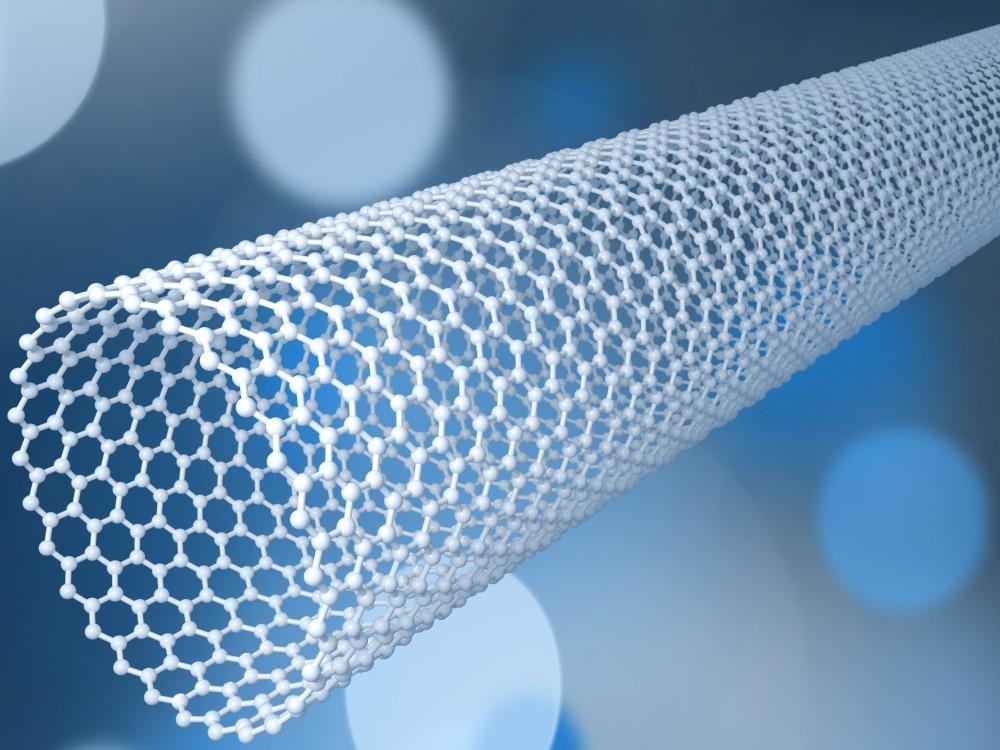 A group of researchers recently published a paper in the journal Carbon that demonstrated a scalable method to synthesize single-walled carbon nanotube (SWCNT)-based coaxial cables that can be effectively used to develop novel one dimensional (1D) van der Waals (vdW) heterojunctions.

1D nanostructures such as CNTs and semiconducting nanowires are considered suitable for the fabrication and design of different functional vdW and core-shell heterojunctions that have significant potential in various applications in catalysts, conductors, batteries, and nanoelectronics.

Among the 1D nanostructures, CNTs can be assembled into macroscopic configurations, such as sponges and films, and then merged with other materials to prepare coaxial structures. For instance, polymers or metals are wrapped or deposited on CNT fibers to improve the conductivity and strength of the fibers and fabricate functional devices such as wearable and high-sensitivity strain sensors.

Following a similar approach, a porous CNT sponge can be coated with various transitional metal dichalcogenides, such as tin sulfide (SnS2) and molybdenum disulfide (MoS2), through the in situ hydrothermal methods to synthesize a sequence of coaxial heterostructures that can serve lithium-ion battery electrodes and strain sensors.

Limitations of SWCNTs in the Fabrication of 1D Heterojunctions

SWCNTs represent the ideal template for the construction of 1D heterojunctions owing to their small diameter of fewer than 2 nanometers and exceptional electrical and mechanical properties such as tunable conducting behavior, excellent flexibility, and ultrahigh modulus and strength. However, uniformly wrapping the two-dimensional (2D) nanosheets or crystalline layers on SWCNTs is still very challenging owing to the large curvature and small diameter of SWCNTs.

Currently, other materials are typically attached to SWCNTs in place of forming a coaxial structure owing to these challenges. However, a number of SWCNT-based 1D vdW heterojunctions were recently fabricated successfully. For instance, [email protected] boron nitride nanotube (BNNT)@MoS2 coaxial nanotubes were prepared by directly growing BNNT and MoS2 in a sequence using the chemical vapor deposition (CVD) method. However, the yield of [email protected]@MoS2 obtained by the method was very poor. Thus, scalable and reliable synthesis methods must be developed to fabricate 1D heterojunctions with greater versatility and in large numbers.

Eventually, the sample was placed in a Teflon-line autoclave for 12 hours at 120o Celsius to obtain a wrapped amorphous MoS2 layer. The final sandwiched sample was annealed for four hours at 800o Celsius under the protection of argon flow in order to improve the crystallinity of the MoS2 before collecting the [email protected]2 film. MoS2 loadings from in [email protected]2 film were controlled by varying the concentrations of the molybdenum precursor.

Characterization and Evaluation of the Synthesized Samples

Significance of the Study

SWCNT bundles and flexible, ultrathin, and large area [email protected]2 films were synthesized successfully through the porous MWCNT sponge-enabled space-confined method and hydrothermal method, respectively. The crystalline multi-walled MoS2 sheets were formed continuously and uniformly around the SWCNT bundles. Tunable MoS2 layers wrapped around the SWCNT bundles with sizes ranging from several to hundreds of nanometers.

The co-axial [email protected]2 heterojunctions synthesized in this study were completely different from the previously fabricated multi-walled nanotube or SWCNT-based 1D vdW structures as these [email protected]2 films retained their original structural flexibility.

The [email protected]2 samples displayed significantly enhanced gas sensitivity and light response compared to pristine SWCNT films due to the combination of electrical and optical properties of both MoS2 and SWCNT in the films, which make them suitable and effective as flexible photodetectors and toxic gas sensors. The formation of 1D heterojunctions and uniform MoS2 coating were collectively responsible for the changes in current due to gas absorption or light illumination.

To summarize, the findings of the study demonstrated that the method used to synthesize the [email protected]2 films in this study can also be used to effectively synthesize different 1D heterojunction nanotube structures using more transition metal dichalcogenides and other materials and to assemble flexible large-area optoelectronic and electronic devices.