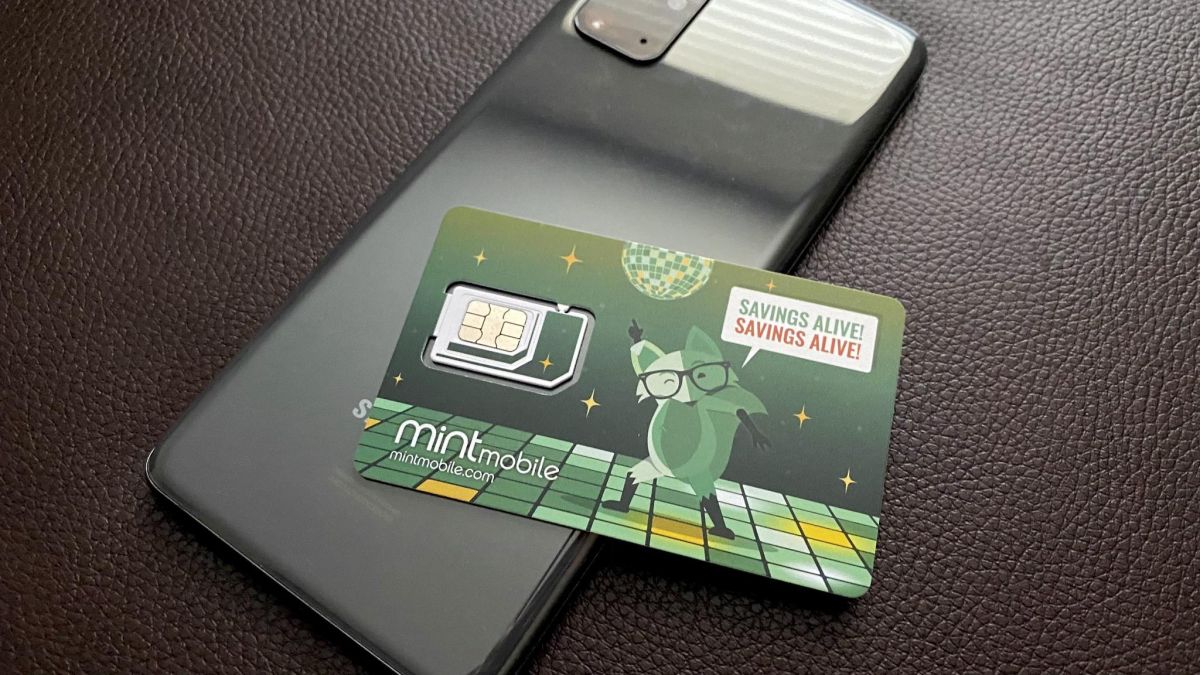 With Mint Mobile, you can save money by signing up for 3, 6, or 12 months at a time. Each plan comes with unlimited talk and text and no overages once you’ve used your data. Speeds will be lowered, but you can upgrade your plan mid-cycle or easily add more data.

If you have great T-Mobile coverage, Boost Mobile has a plan for everyone that offers plenty of data, great international calling and roaming options, and a decent amount of hotspot data. If you want to save money, you can do so by signing up for multiple lines on Boost’s network.

When deciding between Mint Mobile and Boost Mobile, start by asking yourself one question: What do I actually need from a phone service?

Both Mint and Boost are MVNO carriers that use T-Mobile’s network to give great service at a lower cost. Though Mint Mobile will be cheaper overall, Boost Mobile has many features going for it and favors the data-heavy user. Boost Mobile can also give you better value if you sign up for more than one line, especially considering Mint Mobile doesn’t have any multi-line discounts. But if you use an average amount of data and your main goal is to find an affordable plan, Mint Mobile makes a lot of sense with its bundles that save you money over time.

When you sign up for phone service with one of the big three carriers, you’ll likely end up paying for a list of features you don’t need or having way more data than you’ll ever use. A prepaid carrier like Mint Mobile or Boost Mobile can help you save some money by providing you with only what you need. Boost Mobile focuses on giving customers a lot of choices so they can choose what suits them best, while Mint Mobile has distilled its data offerings into four distinct plans that must be purchased upfront as three, six, or 12-month increments.

Mint Mobile leverages the T-Mobile network for its service. Though the network is vast, you should check your Mint coverage before signing up. On the other hand, Boost Mobile is a little more complicated since it previously used Sprint’s network, which it still refers to as its Nationwide Network. You should also check your Nationwide Network coverage, which is different from Boost’s T-Mobile map or what it calls its Expanded Network coverage.

Mint Mobile doesn’t operate with traditional contracts. However, you have to pay upfront for your plan, offered in 3, 6, or 12-month periods. By buying in bulk, Mint lets you save you more money in the long run. Fortunately, all Mint Mobile plans include unlimited talk and text, and you can choose whether you want 4G, 10GB, 15GB, or unlimited 4G LTE and 5G data. Here’s how Mint’s plan pricing breaks down.

With each Mint Mobile plan, you’ll get free mobile hotspot data, though it’ll use up your monthly data allotment or be limited to 5GB with the unlimited plan. Once you’ve used up 35GB on the unlimited plan or your set data amount, your speeds will slow to 128Kbps for the remainder of the month. This is just enough for basic data use, but fortunately, you do have the option of adding 1GB or 3GB of data for a respective $10 or $20 extra. You can even upgrade your plan at any point.

Mint Mobile has an introductory price for the first three months on one of its plans, bringing its unlimited plan to an affordable price of $30 per month. But to continue paying this low price, you’ll have to sign up for 12 months once your three months are up, or your monthly bill will increase to $40 per month for another three months or $35 per month for six months. If you’re able to pay in advance, that’s where you’ll see the most value from Mint, especially since there aren’t any multi-line discounts.

Boost Mobile’s Expanded Network has a bit more flexibility, with its plans starting at just 1GB of data for $10 per month and going up to 35GB for either $50 or $60 per month, depending on how much hotspot data you’ll need. You can also mix and match lines to create your own family plan, starting at $15 per month for 2GB of data.

Boost’s two largest unlimited plans offer 35GB of high-speed data. The $50 plan comes with 12GB of mobile hotspot data and SD streaming. The $60 plan, on the other hand, takes the mobile hotspot up to 30GB and adds HD streaming. You can even add another line for $20 less than the first ($40 per month), making this unlimited plan a great deal. The good news is that most of the plans on this network will give you access to 5G if you have a compatible device, except the 1GB, 2GB, and 5GB plans.

Both Mint Mobile and Boost Mobile will support 5G on the T-Mobile network at no additional cost if you have a compatible device. Still, if you just want a phone that works with each carrier, then these are some of the best Boost Mobile phones and some of the best phones to use with Mint Mobile. And if you rather bring your own device to work with Boost Mobile, you need to check whether it’s compatible with your preferred network.

Though Boost Mobile uses the former Sprint network and should technically work with Sprint phones, many cannot be activated on Boost Mobile. For the most part, you will need a compatible Boost Mobile phone, but the easiest way to check is by entering your IMEI number on Boost’s website. If you use Boost’s Expanded Network, most unlocked phones should be compatible, but it’s still a good idea to check.

Mint Mobile has a clear advantage over Boost when it comes to supported phones. Because it uses T-Mobile’s GSM network, it will work with nearly any unlocked phone supporting its bands. So as long as your phone is 4G LTE and VoLTE friendly, you shouldn’t have an issue, but you can quickly determine whether your phone is fully compatible with Mint Mobile by heading to its website or downloading its app. This makes it much easier and cheaper to switch to Mint Mobile if you’re not in the market for a new phone.

With Mint Mobile, you won’t get much international use out of your plan. Free calls to Mexico and Canada are included, but if you want to do anything else, you’ll have to purchase international roaming credits via “UpRoam,” which come in $5, $10, $20 increments. Mint Mobile charges $0.05 per text message sent, $0.25 per minute for calls, and $0.20 per megabyte in most international countries, though prices are lower in Mexico and Canada at $0.02 per text, $0.06 per minute, and $0.06 per megabyte.

Boost Mobile offers international packages in the Todo Mexico PLUS plan for $5 per month, which includes calling and texting to and from Mexico and 8GB of data to use while visiting Mexico. You’ll also be able to call and text anyone in Canada. The International Connect PLUS plan offers most of the above with unlimited calling to landlines in more than 70 countries and 200 minutes for mobile lines — all for $10 per month. So if you’re a traveler or have family abroad, you simply have more flexibility with a Boost Mobile plan.

Boost Mobile has a wide variety of plans and offers some of the best add-on services of any carrier, especially when it comes to international perks. Boost has also solved one of its biggest problems (weak coverage) by adding the T-Mobile network. With its new array of plans and various data options, pretty much anyone can find a good fit with Boost Mobile.

Mint Mobile likes to keep things simple and has kept its number of plans to four. The result is that with Mint Mobile, it’s easy to find the right plan and save money with a longer service term. So whether you need the full 35GB of data on its unlimited plan or can get by on the 4GB plan, you’ll get one of the best monthly rates out there with Mint Mobile.

Buy more to save more
Mint Mobile saves you money by offering plans in a three-month, six-month, or 12-month bundle. By buying a large chunk in advance, you can increase your savings with just the right amount of data on T-Mobile’s 5G and 4G LTE network.

Plenty of data for most users
Boost Mobile works with the T-Mobile network and former Sprint network to provide a strong connection. Several plan options are available that work with each customer’s data needs and plenty of add-on services.