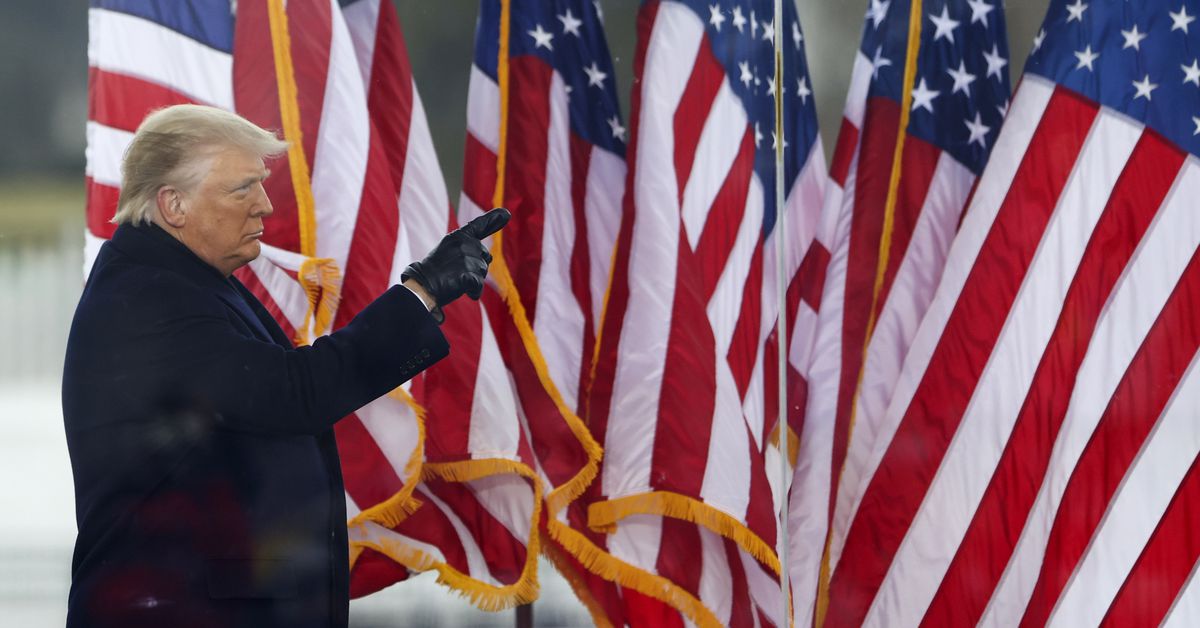 The House committee investigating the January 6, 2021, attack seems to be building toward a conclusion that former President Donald Trump broke the law, and developments in recent days have intensified questions about his potential criminal exposure.

On Tuesday, the Washington Post reported that White House records of Trump’s calls on the day of the attack, which had been turned over to the January 6 committee, had a gap of seven hours and 37 minutes in which no calls were listed. Speculation abounded from investigators and commentators that Trump used unofficial “burner phones” on that day to avoid leaving a paper trail with the federal government records. (Trump denied knowing what a burner phone is.)

Meanwhile, earlier in the week, a federal judge took stock of the January 6 committee’s argument that Trump had committed crimes connected to that day’s events — and found them persuasive. As part of a ruling in a civil lawsuit over whether Trump’s lawyer had to turn over some records to the committee, the judge wrote that Trump “more likely than not” committed both obstruction and conspiracy as he tried to impede Congress’s count of the electoral votes, and harshly condemned his actions. This is just one judge’s opinion, but it was a vote of confidence in the case the committee seems to be building.

The committee has been at work since last July. Its chair, Rep. Bennie Thompson (D-MS), has said his goal is to release an interim report on its findings in June. A final report would perhaps follow at the end of the year. (If Republicans retake control of the House of Representatives in the midterms as expected, they will likely disband the committee when they take power in January.) The committee is investigating whether Trump broke the law, and they appear likely to conclude that he did.

But in the end, any decision about whether to charge Trump here will be made by Attorney General Merrick Garland’s Justice Department. And it’s unclear whether Garland and his aides will be persuaded by this legal reasoning.

The most recent development is that on Tuesday, the Washington Post’s Bob Woodward and Robert Costa reported that White House records from January 6 turned over to the committee have a seven-hour, 37-minute gap in the middle of that day, in which no calls President Trump made or received are listed.

The existence of a gap in Trump’s official phone records that day had been reported back in February, but the Post obtained the records themselves and specified the exact length of that gap, which is … very long indeed, encompassing the initial attack itself and lasting until 6:54 pm Eastern. (Police declared the Capitol secure at 8 pm.)

Given that there are multiple reports about Trump making or receiving calls during this time span, it seems obvious the official records are incomplete. Trump may have used his aides’ phones to speak to others. But Woodward and Costa also report that the committee is investigating whether Trump deliberately used cheap “burner phones” that could be used temporarily and then disposed of, therefore avoiding an easily documentable paper trail.

Trump responded with a statement claiming he had “no idea what a burner phone is, to the best of my knowledge I have never even heard the term.”

But former national security adviser John Bolton told Costa he had heard Trump use the term “burner phones” several times and that Trump fully understood what they were used for. And Hunter Walker wrote for Rolling Stone back in November that some organizers of the pro-Trump rally in Washington, DC, on January 6 had obtained burner phones to contact Trump’s team and even members of the Trump family.

Obviously, this gap makes it much more difficult for the January 6 committee to document Trump’s behavior in the key hours during the attack. And it certainly raises questions about why Trump was seemingly so keen to avoid leaving a paper trail. What the committee will do next isn’t clear, but one of its members told the Post they are investigating a possible “coverup.”

Meanwhile, on Monday, a federal district court judge — David Carter, of the Central District of California — issued a rather remarkable order making clear he believed Trump had likely committed crimes.

The ruling came down in a lawsuit over whether Trump’s lawyer, John Eastman, had to turn over certain emails to the January 6 committee. Eastman claimed they were subject to attorney-client privilege, but the committee argued that privilege didn’t apply here, in part because of the “crime-fraud exception.” (Basically, if an attorney is advising the client in how to commit a crime or fraud, their communications don’t get shielded by privilege.)

So this was really the committee’s first big attempt to argue that Trump committed crimes in connection with his effort to overturn the election — and Judge Carter found their arguments persuasive.

The committee had argued that they believed Trump had committed three crimes. First was obstruction of an official proceeding (Congress’s count of the electoral votes on January 6). Second was conspiracy (basically, working with other people to obstruct the proceeding). Third was simple common law fraud (related to his false claims that the election was stolen from him).

Carter didn’t assess the common law fraud question because it wasn’t relevant to the emails in front of him, but he concluded it was “more likely than not” that Trump committed obstruction and conspiracy related to the January 6 vote count.

And he used strong words indeed. Saying Trump and his allies launched “a coup in search of a legal theory” that “spurred violent attacks on the seat of our nation’s government,” Carter wrote that if Trump’s “plan had worked, it would have permanently ended the peaceful transition of power.”

But what does it amount to? The concrete result of this crime-fraud exception finding is that Carter ordered Eastman to turn over one single additional email chain to the committee. This email chain contains a draft memo discussing the plan to have Vice President Mike Pence refuse to count electoral votes from certain states. It is unlikely to be the sort of bombshell that will blow the case wide open, since we have seen similar documents before.

So the significance of the ruling is merely that a federal judge agreed that Trump himself likely committed crimes — but that’s also its limitation. It is just one judge’s opinion. The real decision-makers for whether Trump will be charged lie elsewhere.

Ultimately, the committee doesn’t get to indict Trump

The January 6 committee has signaled that its endgame may be to recommend criminal charges against Trump — issuing a report documenting evidence for charging him with obstruction and conspiracy, and making a legal argument for why he should be charged.

But, like Judge Carter, the committee can only offer their own opinion. The people who will make the call on whether to charge Trump are the prosecutors and leadership of the US Justice Department. And it’s not at all clear whether they are sufficiently persuaded by these arguments to take that enormously consequential, sure-to-be-controversial action.

Prosecutors have charged more than 700 people with crimes related to the January 6 attack. These charges have focused on people who actually broke into the Capitol building or who conspired to have others do so. No aides to Trump, current or former, have been charged for their actions that day.

Trump called on his supporters to come to Washington on January 6 (he tweeted “Be there, will be wild!” in December), and when he spoke at the rally he encouraged them to march to the Capitol and suggested he’d join them (but ultimately didn’t). He clearly wanted his supporters to make a big disruption, and he and Giuliani were pitching various procedural gambits his congressional allies could use to delay the vote count.

But did he envision that the mob would physically break into the building, before it happened? There’s no real evidence of that so far. That means any prosecution of Trump would likely be less about the actual break-in at the Capitol and more about his efforts to overturn the election outcome through political pressure.

Judge Carter and the January 6 committee leaders argue that Trump’s political pressures on Pence and others did amount to lawbreaking. The question is whether Attorney General Merrick Garland and other top Justice Department leaders agree. And as of yet, they haven’t gone there, or anywhere particularly close.