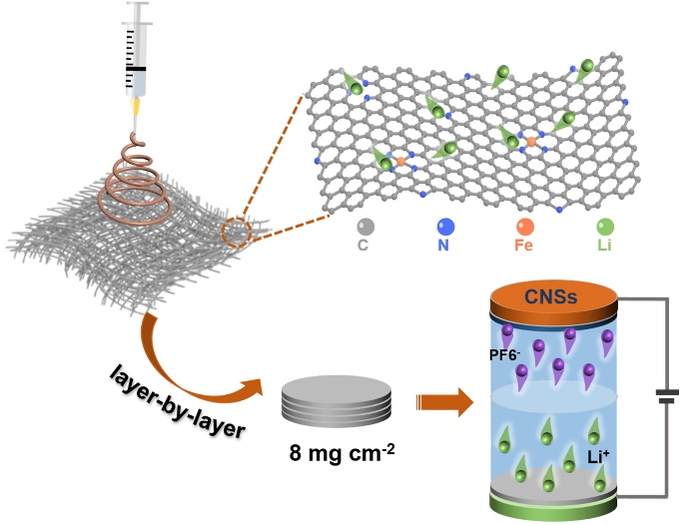 A new study offers a revolutionary technique to improve battery and capacitor storage performance. The researchers devised a simple yet effective method for producing a high-performance material for use in lithium-ion storage devices.

On April 1st, researchers reported their findings in the journal Nano Research.

As the world moves toward carbon neutrality, energy storage technologies are becoming more vital as the automotive and renewable energy industries electrify. This transition will be powered by lithium-ion technology.

Among all the available candidates, the energy storage devices employing lithium storage chemistry, such as lithium-ion batteries and lithium-ion capacitors, could deliver the best performance at the current stage.

However, the effectiveness of lithium-ion technology in terms of size limits its use in energy storage. According to the authors, lithium-ion batteries must become more powerful in terms of weight and volume to increase the market competitiveness of electric vehicles.

As a result, more advancements in storage capacity may be necessary to meet carbon neutrality targets, and requiring research into the lithium-ion battery and capacitor performance with innovative materials is critical.

The current dominant choice in lithium storage batteries and capacitors is carbonaceous materials loaded with nitrogen, with electron and ion exchange being the primary processes for electrochemical energy storage.

However, since carbonaceous materials are nonpolar (charges are spread evenly across their molecules), charged lithium (Li+) does not cling well to them, despite its unsaturated structure, which provides it with sufficient bonding energy.

As a result, the scientists studded carbon nanofibers with iron (Fe) to control their surface chemistry, allowing for more electron and ion transfer. Using electrospinning, researchers created a series of carbon nanofiber samples with Fe content.

They next used a range of electrochemical test methods to assess the samples’ Li+ storage performance. Scanning and transmission electron microscopy revealed a 3D interconnected network of smooth fibers with no clusters of iron particles, demonstrating that they were well disseminated.

The findings showed that adding atomic Fe to carbon materials modified the electronic structure of the materials, promoting higher electrical conductivity and lowering Li+ diffusion resistance. The electrochemical performance improved primarily due to a synergistic effect of atomic Fe and the development of a Fe-N connection that exhibited more active sties to which Li+ could attach, according to the researchers.

As a result, lithium storage performance has improved.

Carbon nanofibers, according to the authors of the study, have the potential to fill the gap between basic research and practical applications. They expect the innovative material to be adopted for usage in a variety of energy storage systems.

The electrodes would be made of carbon nanofiber mats. The scientists also want to look into using other single-atom metals, including sodium, potassium and zinc, to help with electrochemical energy storage.