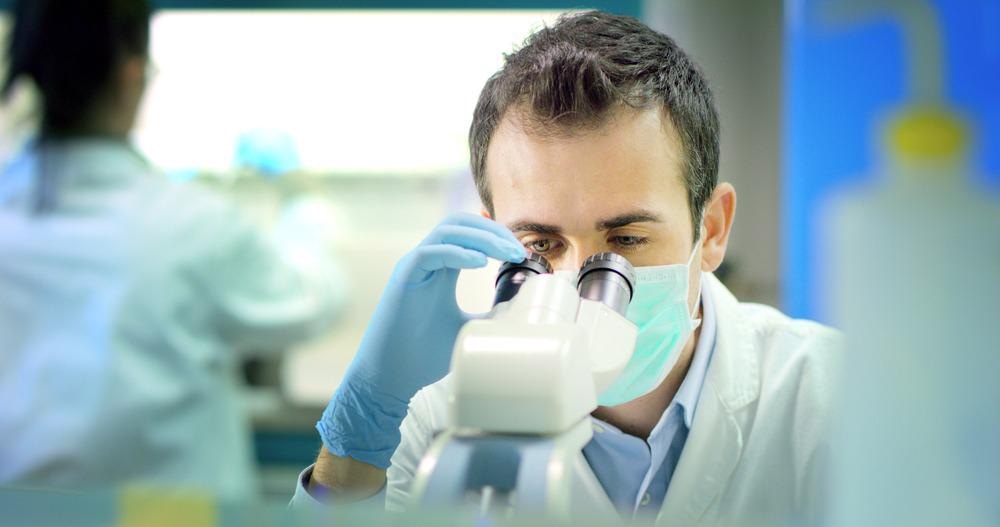 The resulting mapping had profound subdiffraction resolution at a lower power density.

Additionally, the authors demonstrated that single-layered Ti3C2Tx is environmentally more stable than its multilayered counterparts.

TERS imaging combines chemical imaging and scanning probe microscopy (SPM). The gold or silver-tipped probe in TERS enhances low-sensitive Raman scattering by six-folds. In general, TERS has enabled the nanoscale study of two-dimensional (2D)materials. It has helped researchers to understand the structure-property relationships of these materials.

In MXenes with the general formula MnXn-1Tx, M corresponds to transition metal, n to the number of layers, X can be carbon or nitrogen (or both), Tx refers to surface terminations that connate with their wet chemical synthesis. Thus, varying the values of M, n, and Tx can tune the properties of MXenes.

There are characterization antecedents in literature for single-layered MXene flakes using Raman spectroscopy, but the same for individual flakes are still unexplored.

In the present study, the authors demonstrated TERS-enabled Raman imaging of Ti3C2Tx at the nanoscale level. This aided in identifying structural defects such as nano wrinkles with a high degree of local curvature. Based on previous reports on other 2D materials, the authors demonstrated how the number of layers in Ti3C2Tx influenced the Raman spectrum. Additionally, the studies revealed that the single-layered Ti3C2Tx is environmentally stable on a long stand.

The authors overcame the difficulties in Raman imaging of MXenes using TERS, which enhanced the intensity of the Raman signal. The localization of electromagnetic field at the TERS probe’s apex improved spatial resolution.

In the present work, the authors chose MXene for their analysis. They decorated pristine gold and poly(amidoamine)(PAMAM) dendrimer-functionalized gold with MXene crystals. The authors labeled the individual layer of the multilayered MXene flakes as 1L, 2L, and 3L. Further, the overlapping of layers formed restacked flakes in the form of 1 + 1 (2,3, etc.) L.

The highest band ratio was shown in the Ti3C2Tx monolayer with A1g (Ti, C, Tx) to Eg (Ti, C, Tx). This ratio significantly decreased at the overlapping region in the multilayered MXene compared to its single-layered counterpart. Moreover, with the number of layers, the absolute intensities at 126, 201, and 725-centimeter inverse of corresponding bands decreased. The reason for this corresponds to less tip and substrate coupling. Further, the peak located at 201-centimeter inverse is more significant in monolayered Ti3C2Tx.

Additionally, wrinkles of five to ten nanometers in height were observed in multilayered Ti3C2Tx flakes using an AFM map which enhanced the relative intensities of 126 and 725-centimeter bands. Moreover, the A1g signal shifted from 201 to 202or 203-centimeter inverse over the wrinkles. Also, TERS response in the in-plane Eg mode at 126-centimeter inverse and the out-of-plane A1g mode at 725-centimeter inverse shows TERS enhancement due to wrinkles differing in MXenes and carbon-based 2D materials.

The improved separation technique of MXene from the polycrystalline nanolaminates of ternary carbides and nitrides(MAX) phase increased the stability of Ti3C2Tx flakes at room temperature. Consequently, the authors demonstrated that the TiO2 deposition on the edges of MXene in the conventional method lost its TERS activity within one to two weeks due to their air sensitivity which detracted the crystalline structure in Ti3C2Tx flakes on prolonged exposure to atmospheric air. However, the same deposition of TiO2 on MXene using improved protocol retained its crystalline structure for a longer time and thus preserved its TERS response for an extended period.

To summarize, TERS-enabled Raman imaging of single- or few-layer thick Ti3C2Tx Mxene deposited on gold substrate depicts the relative intensity of in-plane Eg peak at 126-centimeter inverse, and the out-of-plane A1g peak at 725-centimeter inverse increased with thickness. This variation in intensities can infer the layered structure (mono/multi) in Ti3C2Tx Mxene. These intensity values (Eg and A1g) increased even more in wrinkled areas compared to the flat surroundings.

The authors demonstrated that the intensity of TERS signals aid in the early detection of degradation of MXene at room temperature. Thus, if the plasmonic resonance of MXene matches with the TERS tip, TERS imaging can help obtain information on 2D materials’ nanostructures.