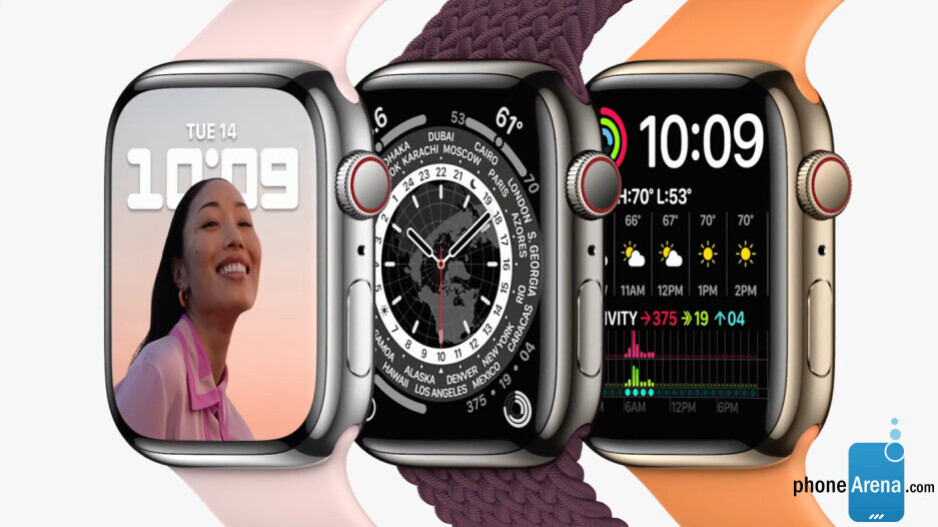 On March 14th, Apple released iOS 15.4, iPadOS 15.4, and watchOS 8.5. Unfortunately, the latter has created a problem for users of Apple’s latest timepiece. After installing watchOS 8.5 on the Apple Watch Series 7, users complained that the update broke the fast charging capabilities on the device.

Apple Watch Series 7 users posted their messages on Reddit and the Apple support page (via 9to5Mac). Talking about a previous post on the tech giant’s support page about how slow the Belkin BoostCharge PRO was charging the Apple Watch Series 7 after installing the update (about 5 percentage points per hour), a member with the handle of StevieStets writes that “I can also confirm, the Boost Pro stopped charging my Series 7 altogether after updating to watchOS 8.5.”

He added, “It’ll charge normally on Apple chargers, but the Belkin fast charger recently released no longer works. Considering the absolute desolate landscape that third party fast charging for Series 7 is currently, how quickly Apple releases a fix for this is critical for Belkin and others to keep customer trust.”

A Reddit user with the same issue discovered a surprising workaround. If you plug the watch into another Apple device such as an iPad or a Mac, Fast Charging will work according to this Apple Watch Series 7 user. Apple doesn’t include the necessary Fast Charger in the box with the wearable.
Those purchasing a power adapter for their Series 7 watch need to buy one that supports Power Delivery (that is the adapter that uses a Type-C plug) at 5W or more to charge the battery on the Apple Watch Series 7 from 0 to 80% in 45 minutes.

Another workaround was posted by an Apple Watch Series 7 user who wrote, “For me, fast charging after update works after a few retries. First try fails always (2% in 15 mins), but removing and connecting charger back will start the fast charging. Unfortunately, you cannot tell directly if it is working or not and you have to wait for a couple of minutes (battery status different->working, battery status is the same -> retry).”

While the Belkin BoostCharge PRO was the charger used in the above complaints, even Apple’s own USB-C Magnetic Fast Charging Cable stopped working on the Apple Watch Series 7. Obviously,  this is going to require an update to be sent from Apple. Speaking of updates, if you haven’t installed watchOS 8.5 on your Apple Watch Series 7, you might want to hold off until Apple disseminates a fix.

Besides delivering the bug that broke Fast Charging on the Apple Watch Series 7, watchOS 8.5 improves the software used by the timepiece to detect atrial fibrillation (AFib). This is the most common type of irregular heartbeat and can lead to blood clots, strokes, and other, potentially fatal, problems. With watchOS 8.5 installed, Apple Watch users will also be able to authorize purchases of movies and television shows via the Apple TV iTunes Store service.

Apple Watch updates are usually completed during the evening hours as most users have them off their wrists and on the charger during those hours.

The Apple Watch debuted in April 2015 and has become the most popular watch in the world with annual sales that top those generated by premium watchmakers like Rolex, digital vendors like Casio, and affordable watches from Timex. The product is part of Apple’s “Wearables, Home and accessories” business segment which, besides the hot-selling Apple Watch, includes another category leader in the AirPods true wireless earbuds.