Monitoring IoT devices in real time can provide valuable insights that can help you maintain the reliability, availability, and performance of your IoT devices. AWS IoT Core provides integrations with Amazon Kinesis Data Streams and Amazon Managed Streaming for Apache Kafka (“Amazon MSK”) to set up real-time streaming data pipelines. Amazon MSK is popular choice for customers who are familiar with Kafka, need infinite message retention, and are looking for the lowest latency. In this blog post, we describe how to set up AWS IoT Core to stream events to Amazon MSK and common asks from our customers.

The diagram below illustrates the components and functionality you can build following this blog post or using this sample AWS CloudFormation template. As part of this solution, MQTT messages streamed to AWS IoT Core are routed to Amazon Managed Streaming for Apache Kafka (Amazon MSK) using AWS IoT Rules actions. Access to the Amazon MSK cluster is controlled using username and password that are securely stored in AWS Secrets Manager and encrypted using AWS Key Management Service.

To create the Amazon MSK cluster with authentication enabled

After the cluster is successfully created, we create a set of credentials that can be used by the IoT rule to connect with the Amazon MSK cluster. The credentials must be stored in AWS Secrets Manager and associated with the cluster. Before we create the credentials in AWS Secrets Manager, we first create a customer-managed key in AWS Key Management Service (KMS). Secrets encrypted with a AWS managed CMK cannot be used with an Amazon MSK cluster.

Once the secret is created in AWS Secrets Manager, we can associate the secret with our Amazon MSK cluster. 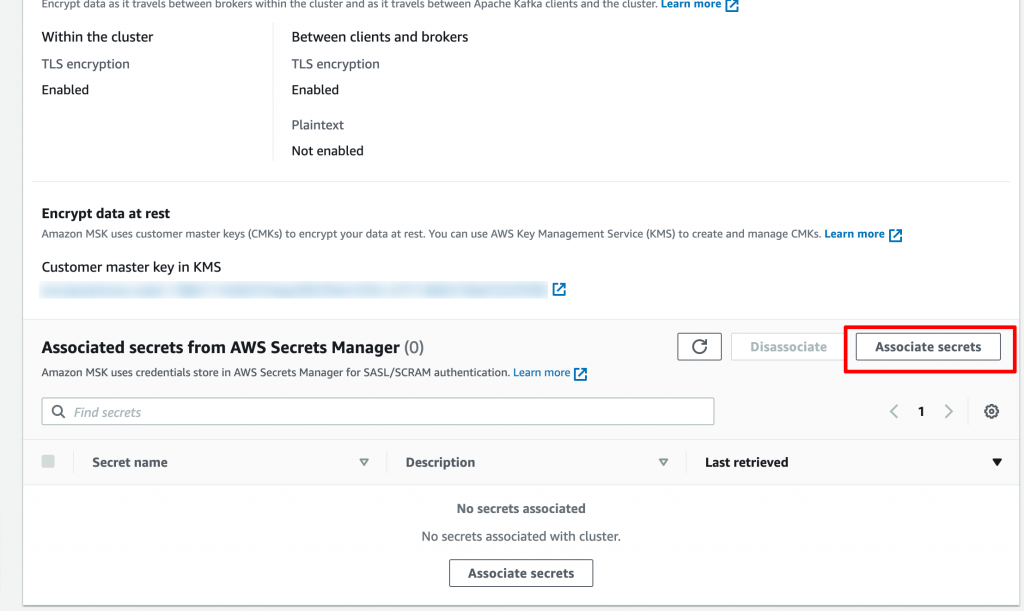 To grant AWS IoT access to stream data to our Amazon MSK cluster, you must create an IAM role with a policy that allows access to the required AWS resources.

Create a destination to your VPC where Apache Kafka clusters reside. This destination is used to route messages from devices to your Amazon MSK cluster.

If you followed along with this solution, complete the following steps to avoid incurring unwanted charges to your AWS account.

In this post, we gave you an overview of how to build a real-time streaming data pipeline for your IoT devices by integrating AWS IoT Core with Amazon MSK. We showed how you setup Amazon MSK and IoT rule actions to deliver messages to Apache Kafka.

Milo Oostergo
Milo is a Principal Solution Architect for AWS Startups team in Amsterdam. Before joining the Startup team, he worked as Principal Product Manager on various AWS services.