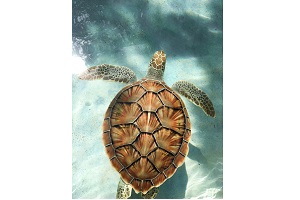 The latest McKinsey report into IoT – ‘The Internet of Things Catching up to an accelerating opportunity’ – suggests that the economic value that it can unlock could enable up to [$12.6tn (€11.41tn)] in value globally. Yet when most people think about, read about, or talk about the Internet of Things, it’s still often wrongly centered around home devices, such as smart speakers, despite the myriad and profound examples of real world business applications that technology is enabling, in areas you’d least expect. In fact, the real power of the IoT is in the networks and trackers that feed into core IT systems, and enable data analysis to help improve processes and drive business outcomes.

As tracking and GPS solutions, we at Wialon are lucky to see first hand how and where conglomerates, mid-sized businesses and even sole individuals use IoT technology to improve the sphere they operate in. And it far surpasses being able to ask Alexa to buy you more milk or track the location of trucks. As the McKinsey report confirms, IoT’s value potential is focused in certain niche areas, and often away from the consumer. One of our favourite examples is a case study Sir David Attenborough would be proud of.

It involved our partner, a telemetry company called CTTMX (Cobertura Total en Telemetria Mexico), and its client SEDESU (Secretaria de Desarrollo sustentable del estado de Sinaloa), a Mexican government organisation which works to promote sustainability, and not just for humans. SEDESU launched a project to safeguard the future of the endangered Golfina sea turtle. Once an abundant ocean species, they have become valued for their meat and skin and reached a point where they were 10 years away from potential extinction unless new-born eggs were protected. Tight funding and limited access to technology meant that conditions in turtle nest incubators – essential in the cultivation of marine turtles – were far from ideal.

Firstly, there was a need to control the temperature inside the incubators, possibly the most important factor for developing turtle eggs. Without real-time temperature control, embryos die. Additionally, most turtles in their embryonic phase are subject to temperature-dependent sex determination – a critical thing for scientists to be able to control.

Similarly, humidity is a contributing factor towards the proper development of the embryos, affecting the endurance of newly hatched turtles, and helping them grow strong enough to survive in the water and evade predators. So the experts at CTTMX needed a solution to these literally life or death problems for their client SEDESU. What they developed was an entire, real-time monitoring, Wialon-based system that processes all the information from multiple sensors and other devices installed in the incubators and presents it in a convenient form, in a user-friendly dashboard.

Different groups of users, with different data needs, had their own user interfaces, whether they were an incubator inspector or a researcher, to maximise the value of the IoT solution. Incoming data from all the trackers and sensors across the network was sent to our backend product, called flespi, which enables the joining up of smart sensors and hardware to interfaces making it possible for the information from multiple kinds of telematics hardware to be visualised and stored in a single cloud database.

The resulting dashboard made it fast and effective to monitor conditions for the turtle embryos, but also to control them, generate reports on them and extract data. While initially designed for 18 incubation units, the idea is fully scalable, capable of being used in every incubator around the world. The project took six months to complete, with initial research and development into the specifics of the problem and the client’s needs.

Initial results look very positive, with 2020-2021 figures for newborn turtles already boosted, with over 2000 hatchlings released into the sea. The tool that’s been built is also now helping scientists run their statistical models on reproduction figures in coming seasons. The control over temperature and humidity is making it possible for scientists to protect the male-female ratio, improving the chances of their breeding in the future and protecting them from extinction.

The next stages of the project will see SEDESU roll out in all turtle encampments across the country, and a new feature is being built, to track where newborn turtles go after being released into the ocean. This process now makes it possible to track the survival rates of the turtles in their natural habitat.

We at Gurtam are very proud of our involvement in this project, which is just one of many examples where IoT is quietly revolutionising the way our world operates. It goes to show that excellent plans can be hatched to fit complex and previously unthinkable problems that IoT solutions can now cope with.