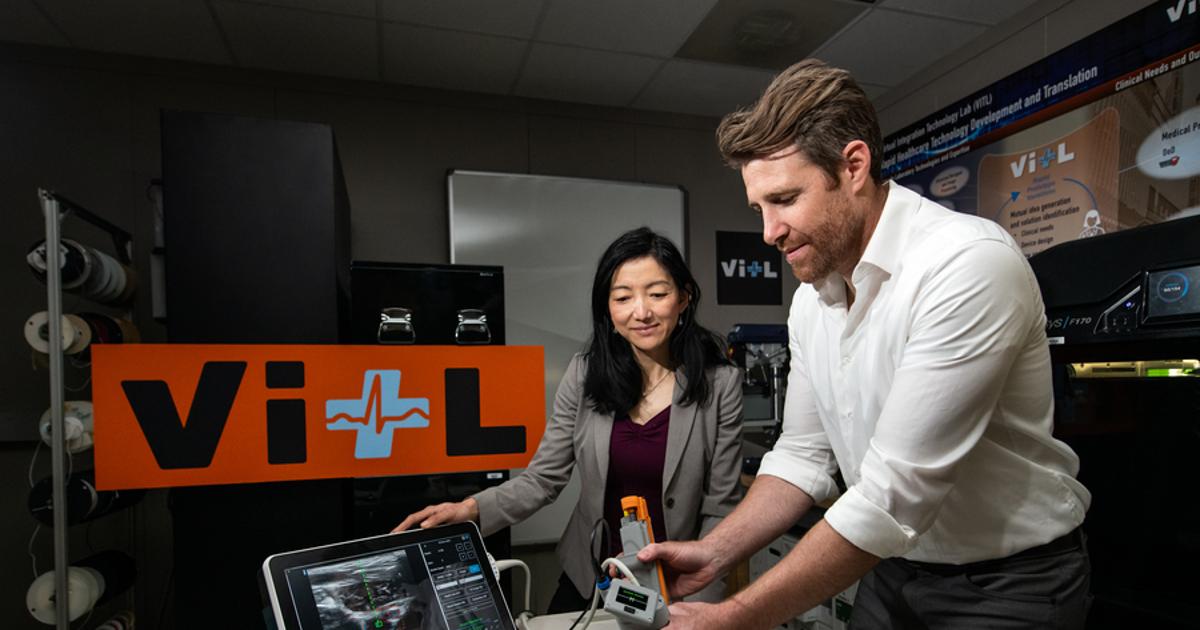 Researchers at MIT’s Lincoln Laboratory have developed a handheld robot that can help minimally trained responders to control severe internal bleeding in victims of traumatic injury, by helping them insert a needle and catheter into a major blood vessel.

In emergency medicine, there is something known as the “golden hour.” This is the idea that victims of traumatic injury, especially one with severe bleeding, must receive treatment within 60 minutes, sometimes as little as 10, if their chances of survival are to remain high. For this reason, responders are trained to go into action as soon as possible with some even carrying basic trauma kits on their belts that they can open with one hand.

However, some of the needed treatments, like inserting a catheter in a major blood vessel, require special training, which means the patient has to be taken to hospital. This is a real problem because severe bleeding, in some cases, must be controlled before transportation if the chances of survival are to be kept from decreasing.

The ideal solution would be to take along a trauma surgeon, but since that isn’t always practical, the MIT team led by Laura Brattain and Brian Telfer from the Human Health and Performance Systems Group have come up with the Artificial Intelligence–Guided Ultrasound Intervention Device (AI-GUIDE). The technology combines robotics, machine learning algorithms, and ultrasound imaging to guide responders in installing a catheter into the femoral blood vessels.

To operate, the responder places AI-GUIDE on the patient’s thigh along the inguinal crease where the leg and abdomen meet. Using ultrasound, the device shows a simple targeting display to guide the responder to the correct location. Once on target, the responder is told to pull the trigger and a needle presses into the blood vessel. This needle is attached to a guide wire that the responder pushes in to guide the catheter, which can deliver fluids, medicines, inflatable balloons to control bleeding, or microsurgical instruments.

According to MIT, AI-GUIDE manages this through machine learning.

“Using transfer learning, we trained the algorithms on a large dataset of ultrasound scans acquired by our clinical collaborators at Massachusetts General Hospital (MGH),” said Lars Gjesteby, a member of the research team. “The images contain key landmarks of the vascular anatomy, including the common femoral artery and vein.”

This system allows the responder to use the device without having to see, much less interpret, the images. Instead, they are presented with easy to understand symbols. In addition, AI-GUIDE can detect its own work and can correct for problems like a partially collapsed vein due to severe blood loss.

In tests on human tissue and blood vessel models and live sedated pigs, subjects with varying degrees of medical experience were able to successfully insert the guide wire in about a minute with only two minutes of verbal training.

The research was published in Biosensors.