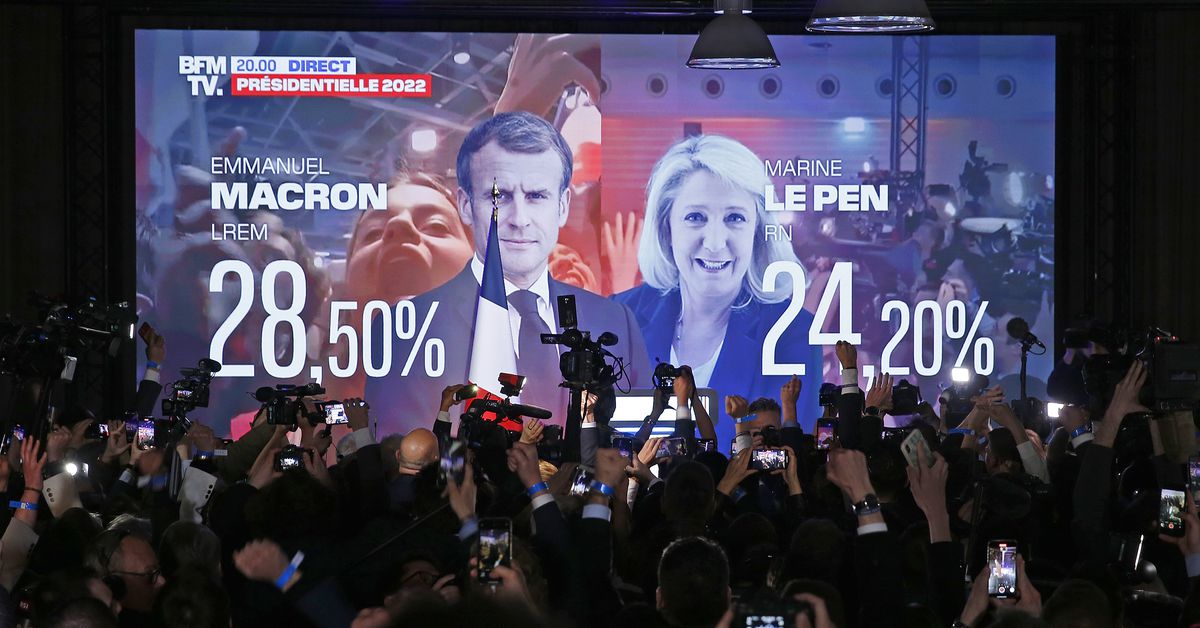 Sunday’s first-round French presidential election follows days of chaotic, rollercoaster polling. Incumbent Emmanuel Macron’s once-comfortable lead over right-wing politician Marine Le Pen all but vanished going into the contest on April 10. While the results won’t reveal France’s next leader just yet, the election and the campaign leading up to it have exposed seismic shifts in France’s political culture that the establishment has yet to reckon with.

The run-up to the first-round elections wasn’t the first indication of that shift — far from it, according to some observers — though the level of political volatility it revealed was unexpected. Initially, “the general thought was, this is going to be a really boring election, and Macron is going to win,” Mabel Berezin, the director of Cornell University’s Institute for European Studies, told Vox in an interview Friday. That couldn’t be further from the current situation. “I’ve never seen an election change as quickly as this one has,” Berezin said.

“What is becoming sort of complicated about the election this time around, and what is sort of frustrating a lot of voters in France, particularly those on the left — because there has been, at least until [Jean-Luc] Mélenchon started pulling forward, no real candidate on the left that had any prospect of getting through to the second round — is that I think a lot of people feel that they’re being forced to vote tactically in the first round,” Dennison said. Mélenchon is a member of the National Assembly with the La France Insoumise party, a left-wing populist party. Because traditional left parties like the Greens and the Socialist party aren’t polling high, some voters who might choose those candidates in the first round might feel they have no alternative to Macron and that it’s not worth turning out to vote.

“That’s almost dangerous in the current environment, because the more that you take away from those candidates with a real chance of going forward, the more opportunity that you give to the more extreme, anti-system candidates that are coming forward,” Dennison said.

But, Berezin said, it’s nearly impossible to predict what Sunday’s results will be based on the data during the campaign: “It’s that unstable, that volatile …. [the numbers are] just changing too much in weird ways.”

This election solidifies the shift away from France’s traditional politics

What this election can tell us, though, is much more about shifts in the country’s political trends and values, as well as how the French public sees the failure of the ruling class overall.

Macron, the young former banker who promised a change in French politics, has proven to be a fairly traditional, center-right politician — despite vowing to be neither right nor left when he formed his own party, La République En Marche, and won the 2017 elections. And although his handling of the Covid-19 pandemic has earned praise from the French public, he’s largely unpopular with the country’s more left-leaning population.

Dennison told Vox this frustration is a key factor in the chaotic polling leading to the first-round elections. While Sunday’s outcome likely portends a Macron-Le Pen matchup in the second round and then an overall Macron victory, if the French tradition of the cordon sanitaire — the unwritten policy of blocking off right-wing candidates for France’s highest office — holds true, that’s not a foregone conclusion.

“If you see Macron vs. Mélenchon [in the second round], then I think that things might go the other way, and you might see a kind of pushback against Macron with all of the voters who aren’t anti-system, anti-globalization as Mélenchon is, but want the opportunity to vote for someone other than Macron, and show him that there is an alternative,” she said. “I think there is a huge sense of frustration among people, that Macron is basically the only option that they’re being given. There’s a deep level of unhappiness, particularly with his promise to be neither left nor right, but ultimately having become a very clear center-right representative.”

Le Pen’s right-wing National Rally party (previously called National Front) was founded by her father, Jean-Marie Le Pen. She is therefore considered a high-profile right-wing leader who, like her father, has run in prior presidential elections. She’s steadily gained traction since her first contest in 2012, coming in second to Macron in the first round of the 2017 elections, with 20.75 percent of the vote to his 23.39 percent. Le Pen bombed in the second round, after a disastrous performance in a televised debate with Macron and a plagiarism scandal sank her polling numbers.

But she’s been a force in French and European politics, both as a Member of the European Parliament (MEP) and part of the French National Assembly. And, as a potential frontrunner in the first-round elections, her party — once on the political fringes — is now shockingly close to power.

That’s due to a combination of factors, both Dennison and Berezin said. Besides the lack of viable left-wing candidates other than the dark horse Mélenchon — who was closely trailing Le Pen in the days leading up to the election and could grab some of her votes Sunday — Le Pen is sincerely politically adept and considered almost a populist chameleon.

“Marine Le Pen has worked very hard to say, ‘I’m not just a crazy, right-wing politician’” since she was “very definitely trounced” in the second round of the 2017 elections, Berezin said. “She’s very good at recalibrating. She did a terrible job on television in a debate with Macron about EU policy, and at that time she wanted to leave the EU, like Britain did. She’s the kind of person who can look around and say, ‘Oh, maybe that wasn’t such a good deal.’”

Le Pen has pivoted her position that France should leave the EU, given how painful Brexit has been, and focused more on what France’s role in the EU should be, even attempting to build a coalition with other right-wing leaders, like Hungary’s Viktor Orbán. “Le Pen has stayed around, and has been consistently recalibrating, and rethinking and, moving in different directions,” Berezin said.

Most pertinently for the present climate, Berezin said, Le Pen has been focusing on domestic economic issues. “She’s been talking about purchasing power,” focusing on “people in the outskirts of France, people who have to pay more for gas — that is a powerful message.” That kind of economic message resonates outside France, too, due to rising prices both from global inflation and, in the case of gas and other fossil fuels, attempts to divest from Russian oil due to its invasion of Ukraine.

Macron’s been dealing with the Covid-19 pandemic for the past two years and trying to assert France’s place in the 21st century global order — lately, through diplomatic efforts concerning the Ukraine war. In those efforts, critics contend, he comes off as too focused on international problems and blind to the issues which affect French people the most.

“[Macron] is criticized for not engaging enough on the domestic challenges in France, and this kind of adds to the sense of him being disconnected from real French people, and what life is like, and really not knowing how they’re going to pay the bills at the end of the month,” Dennison said. “It’s something that he comes under a lot fire from the other candidates for, but I think it’s also something that drives this sense of frustration with people feeling that they’re being offered no alternative to him, that he simply doesn’t recognize the realities of their lives.”

Early results on Sunday did indeed project a Macron-Le Pen match up — the predicted outcome after a rollercoaster of a campaign — with Macron getting between 28.1 percent and 29.5 percent of the vote, to Le Pen’s 23.3 percent to 24.4 percent. But although the prediction ended up coming true, that second-time pairing makes it clear that France’s traditional parties have all but imploded, and it’s not clear what — if anything — party leaders intend to do about it.

“One of the big questions for me is, ‘What happens to Les Republicains [France’s traditional center-right party] as a party?’” Dennison told Vox. And there’s a similar question for the Socialist Party: How can parties on the left coalesce, draw voters, and sustain both relevance and political power if they can’t agree on a strong candidate to back?

“I think that’s the big conversation that really needs to be had after these elections, the left needs to get more serious about that,” Dennison said.

Macron and Le Pen will face off again on April 24; some of his first-round rivals from both the left and the right have called on their supporters to rally around Macron and block a Le Pen presidency.

“So that France does not fall into hatred of all against all, I solemnly call on you to vote on April 24 against the far-right of Marine Le Pen,” Paris mayor Anne Hidalgo said Sunday. Dennison, too, predicted on Sunday morning that voters would choose Macron in the second round: “Despite the frustration with [Macron], he’s still seen as a safer option than Le Pen.”

Will you support Vox’s explanatory journalism?

Millions rely on Vox’s journalism to understand the coronavirus crisis. We believe it pays off for all of us, as a society and a democracy, when our neighbors and fellow citizens can access clear, concise information on the pandemic. But our distinctive explanatory journalism is expensive. Support from our readers helps us keep it free for everyone. If you have already made a financial contribution to Vox, thank you. If not, please consider making a contribution today from as little as $3.