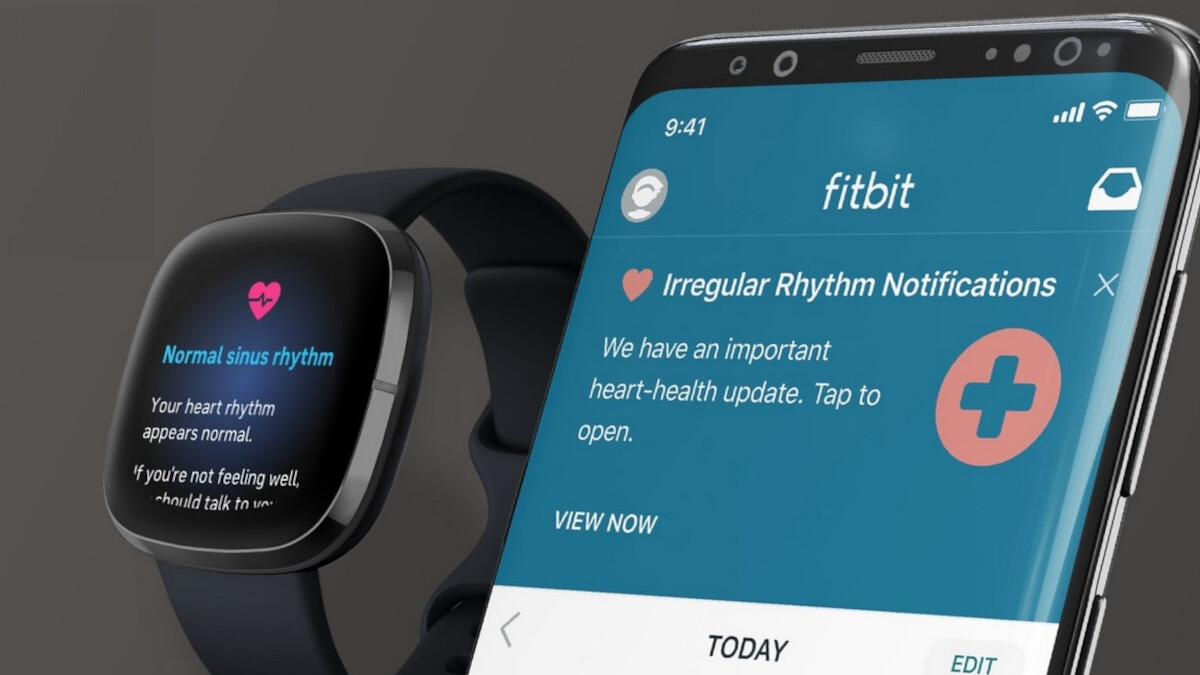 Atrial Fibrillation (AFib) is caused by irregular heartbeats that are too fast (over 400 beats per minute). It can cause strokes, blood clots, heart failure, and death. Features found on several smartwatches can help you monitor your heart for AFib.

Today, Google announced that Fitbit has received FDA approval to use its new PPG (photoplethysmography) algorithm on its wearables to detect AFib. The algorithm will be used to run Fitbit’s “Irregular Heart Rhythm Notifications” feature.

Fitbit has two different ways that its devices can detect AFib

Getting notified about an irregular heartbeat is important for the 33.5 million people worldwide with this condition. Those with AFib are five times more likely to suffer a stroke than those who don’t suffer from this problem and early detection can be the difference between life and death. The PPG AFib algorithm detects the changes in blood volume and from these measurements, irregular heartbeats can be determined.

Fitbit’s PPG AFib algorithm was validated by Fitbit’s own heart study which started in 2020 and had 455,699 participants within five months. The study found that Fitbit’s PPG algorithm correctly identified AFib 98% of the time as confirmed by ECG patch monitors.

It has been discovered that AFib detection algorithms work best when the person being tested is still or at rest. Thus, being able to monitor a person’s heart rhythms overnight is critical. And this is where Fitbit’s 24/7 heart rate tracking and long battery life come into play.

Fitbit’s ECG app can perform a test on demand and reveal whether the user’s heartbeat is abnormal.

Now that the FDA has approved the PPG algorithm, Fitbit gives users two ways to detect AFib. One way to check for AFib is through Fitbit’s ECG app which allows Fitbit wearers to check their heart rhythms on demand and even record the ECG test so that it can be shared with healthcare providers. In addition, the PPG-based algorithm can make assessments based on long-term analysis which can detect asymptomatic AFib which might go undetected otherwise.

The PPG-based algorithm and the Irregular Heart Rhythm Notifications feature will soon be rolling out to Fitbit devices with heart-rate monitoring enabled. Fitbit and Google say that they want AFib detection to be accessible to as many people as possible in order to reduce the risk of life-threatening conditions like stroke and to improve the health of everyone’s heart.Fitbit will continue to team up with the BMS-Pfizer Alliance to continue educating patients with irregular heart rhythms in the states so that they can continue to learn all about AFib. To reiterate, with certain Fitbit models, users can perform an ECG test on demand which will show whether they have an irregular heartbeat at that moment. On a longer term basis, the PPG algorithm monitors users’ hearts overnight and will show a notification if it spots something to be concerned about.
Not all watches that can test for irregular heart rhythms are pure smartwatches or even fitness trackers. The Withings Scan Watch is a hybrid timepiece made by a division of Nokia and offers FDA approved ECG and SP02 testing. The former can help determine if a user is experiencing abnormal heart rhythms consistent with AFib, and the latter test can help detect respiratory disorders such as COPD or COVID.
The SP02 test shows the percentage of oxygen in a user’s blood. A normal reading is 95% to 100% which means that oxygen is being efficiently pumped to a person’s extremities. It has been discovered that some with a low SP02 rating acting and feeling normal could have come down with COVID.