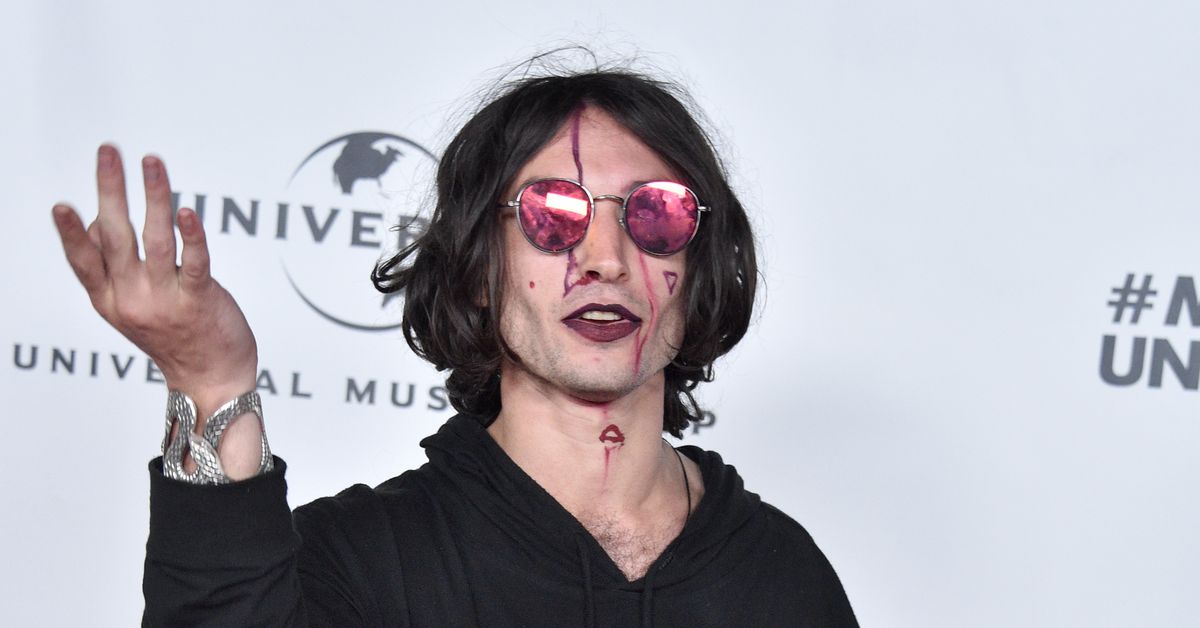 The Flash may depart the Speed Force if Warner Bros. has anything to say about actor Ezra Miller’s recent arrest for disorderly conduct. Miller, one of Hollywood’s most well-known nonbinary actors, has largely flown under the radar until now, turning in highly acclaimed performances in indie films before joining the Fantastic Beasts franchise and becoming The Flash in the DC Extended Universe. They just kind of (but not really) won an Oscar for that performance.

But last week’s arrest caused other reports of temperamental and aggressive behavior to bubble up. One couple filed a restraining order against them, while rumors surfaced that the actor had been having breakdowns while filming The Flash, an upcoming installment in the DC movie franchise, scheduled to be released next summer. After spending the last decade or so on the cusp of top-tier celebrity, Miller’s starring role in that film finally seemed to be pushing them into the limelight.

But now Miller’s career may be in jeopardy. Rolling Stone reported on April 6 that Warner Bros. had put all of Miller’s upcoming projects on hiatus following an emergency meeting to discuss their behavior. That potentially includes the two remaining installments of the Fantastic Beasts franchise as well as all of Miller’s contracted Flash roles.

It’s a sharp, swift drop for an actor whose career has so far appeared to be a steady, straight climb to the top. Behind the scenes, however, it seems Miller might have been displaying troubling behavior for a while.

The Hawaii police chief who delivered the announcement of Miller’s March 28 arrest noted that they’d been the subject of 10 police complaints in the past month. And the details of Miller’s protracted misconduct spree read like The Hangover as Dadaist poetry: Miller had reportedly been hanging out in small-town Hilo, Hawaii, living at a hostel alongside a married couple they befriended at a farmers market and then stayed with. On Sunday, March 27, Miller became rowdy at a local bar, refusing to calm down despite several requests. Then they grabbed the microphone away from a woman doing a karaoke duet of “Shallow” before accosting a man playing darts, at which point the police got involved.

The couple Miller was living with paid $500 to bail them out. Miller’s aggression didn’t end with the actor’s arrest, however. According to the restraining order the pair subsequently filed against Miller, a few hours after they all returned to the hostel, Miller suddenly “burst into the [couple’s] bedroom and threatened [them], saying ‘I will bury you and your slut wife.’” Miller then allegedly stole the man’s wallet, containing all his identifying info; it’s unclear whether it was ever recovered.

So far, this could sound like Miller was having one really upsetting day; but in fact, they’ve reportedly been having similar outbursts and bursts of aggression for years.

Miller’s rise to fame was extraordinarily swift and early. Born in 1992 to wealthy New Jersey parents — he was a prominent New York publisher, she a successful modern dancer — Miller excelled in singing opera while they were still a child, debuting with the New York premiere of Philip Glass’s opera White Raven at Lincoln Center in 2001. They would later describe that experience as “the most profound ego boost that an 8-year-old could possibly receive.” Miller then moved into a long-term residency with the Metropolitan Opera children’s chorus. That background primed them to segue into acting, and there again they seemed to be charmed: Their first TV role? Feeding wisdom to David Duchovny at the ripe old age of 15 in Showtime’s hit dramedy Californication. Their first movie? The lead role in Antonio Campos’s critically acclaimed Afterschool, which debuted at Cannes that same year.

With so much momentum behind their burgeoning career, it’s probably unsurprising that after Afterschool, Miller quit school and focused on acting. (It’s perhaps more surprising that they credit this decision with Beethoven appearing to them in a dream.)

Their breakout mainstream role came soon after: 2011’s We Need to Talk About Kevin, a bleak but unforgettable drama in which Miller played a school shooter tiptoeing a strange line with his mother, played by Tilda Swinton, who struggles to connect with him both before and after unspeakable tragedy. That film introduced Miller to mainstream audiences; 2012’s Perks of Being a Wallflower, where they played Emma Watson’s charismatic gay stepbrother, seemed to put them on a path to certain stardom.

Yet even then cracks began to show. According to Rolling Stone’s Tatiana Siegel, Miller was perhaps a little too gleeful about their ownership of We Need to Talk About Kevin’s now-infamous crossbow, along with the rest of their gun collection. In 2012, while bonding with their Wallflower co-stars, Miller claimed they, Emma Watson, and others got hit with a hotel noise complaint for having a loud, long after-hours party. That same year, after a car Miller was riding in got pulled over for a broken taillight, Miller was detained by police for allegedly holding an armful of pot (they were clutching “brown, vegetable material” and later described it as “pot strewn about, covering me like a quilt”) and ultimately cited for disorderly conduct. While it’s not clear what conduct was disorderly, the judge, according to Miller, lectured them on being a better influence for today’s youth.

Miller had perhaps more personal priorities: like coming out, embracing their queer, polyamorous identity, posing for Playboy, and starting a band, all while continuing their edgy roles in things like 2015’s Stanford Prison Experiment. Then Warner Bros. came calling, and Miller entered the DC family with 2016’s Batman v Superman: Dawn of Justice, putting them on a vaunted superhero trajectory that would eventually lead to their expanded role in Zack Snyder’s Justice League and their upcoming titular turn in 2023’s The Flash.

But entering the DC universe also meant introducing Ezra Miller to fandom, which maybe hasn’t always been the best outlet for their high-level theater-kid energy. When they weren’t at Comic-Con performing bare-chested renditions of Rihanna in the lobby or roleplaying as a bare-chested Toadette, they were turning heads for spontaneously kissing a fan — and, in 2020, for a disturbing incident that appeared to set a precedent for what followed.

At a bar in Reykjavik, Iceland, in April 2020, a group of fans approached Miller, who grew increasingly agitated. While speaking to one woman, Miller abruptly asked her, “Did you want to fight?” before grabbing her by the neck, choking her, and pushing her against the floor — a moment briefly captured in a video in which Miller apparently had to be pulled off the woman by bystanders. While some fans thought the incident might be a joke, Variety reported at the time that Miller had been “frustrated and angry” and had been escorted off the premises.

Miller seemed to stay off the radar since that incident, but while they were filming The Flash last year, an anonymous source hinted to Rolling Stone that Miller had multiple “meltdowns” — nonviolent but apparently torturous. Then in 2022, they re-emerged with a vengeance. In late January, they made a strange, since-deleted Instagram post threatening violence against a specific small-town chapter of the Ku Klux Klan — one that doesn’t seem to be have been active in recent years. While that was inexplicable, it didn’t raise as many eyebrows as Miller’s Hawaii stint, in which they were reported to police for more quizzical behavior, including filming strangers at a gas station. In one incident captured on camera, Miller seems to be refusing to move away from a restaurant when asked until finally one of the hosts pushes them away, after which the cops were summoned.

A common denominator in many of the reported incidents Miller has been involved in appears to be alcohol. And Miller has always seemed aware of their tendency for edgier, riskier behavior. They once described their high school rebellion as a period of “burning, breaking, yelling, hitting things” and later added, “I definitely don’t count on a full life cycle for many reasons.” Miller has also spoken before of “the inherent torment of being privileged or coming from an illustrious father in a time of gross economic disparity.”

Then there’s the brutally young age at which Miller was thrust into the limelight. To be forced to deal with the monumental pressures of skyrocketing fame as a teenager, an age when most people are still learning how to grapple with their own huge emotions, has historically tended to be a stumbling block to a well-adjusted adulthood. It probably also didn’t help that, while still a teen, Miller immersed themself in the mind of the titular Kevin, a mass murderer and family annihilator who hates his mother — a role that led Miller to completely avoid speaking to their own mother for months, until the production wrapped. These things in Miller’s childhood are not their fault, least of all the destructiveness of method acting — but they all hint, perhaps, at the utter lack of mental health resources Hollywood provides young actors as they embark on careers that can so easily leave them feeling vulnerable and misplaced.

And that’s to say nothing of the stress and strain of the pandemic era, and the fact that Miller is one of America’s most prominent nonbinary celebrities. Genderqueer people already experience high rates of depression, anxiety, and suicidal ideation, and that was before the recent spate of laws targeting them. None of this excuses Miller’s aggression, but it may be important context to explain why their behavior seems to have escalated so abruptly.

In the wake of Miller’s troubles, it’s unclear what the future status of their projects with Warner Bros. might look like. The Fantastic Beasts franchise may be doomed without Miller’s assistance: Although there are still two films remaining, they haven’t been greenlit by the studio, and the next film may not have a script yet.

Meanwhile, some DC fans have been calling on the studio to replace Miller with Grant Gustin, who plays The Flash on the accompanying CW show. But The Flash won’t appear in theaters until June 2023 — plenty of time to rehabilitate a tarnished image in Hollywood, especially if Miller can restore the kind of woodsy, passionate but well-intentioned flower child vibe they’ve often given off in interviews. Barry Allen — the Flash’s alter ego — won a huge fan following after Snyder’s Justice League cut, which led to their big scene from that movie, “The Flash Enters The Speed Force,” winning the “fan favorite moment” award (not a real award, but, you know, a thing) at the Oscars. The Flash seems likely to be one of the biggest DC Expanded Universe films yet — and Miller has more than enough onscreen charisma to power the franchise through a few movies.

Still, a week after being featured at the Oscars, Miller was melting down over bad karaoke in a dive bar. Whether all this is just a prolonged moment of stress or an ongoing crisis is impossible to say. Maybe, hopefully, their recent exploits are just a form of pressure release. After all, as they once put it, “you have to set things on fire and then yell to feel even remotely okay.”