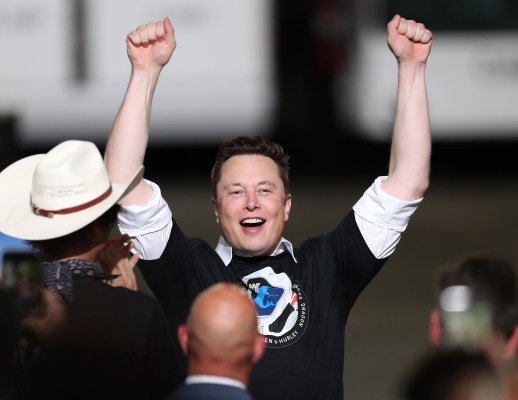 Elon Musk is not joining Twitter’s board, the social network’s chief executive Parag Agrawal said, in a surprising reversal following last week’s announcement that the Tesla and SpaceX chief executive had been appointed to the panel.

“We announced on Tuesday that Elon would be appointed to the Board contingent on a background check and formal acceptance. Elon’s appointment to the board was to become officially effective 4/9, but Elon shared that same morning that he will no longer be joining the board,” Agrawal said in a tweet.

“We have and will always value input from our shareholders whether they are on our Board or not. Elon is out biggest shareholder and we will remain open to his input.”

In what appears to be his official comment on the development, the world’s richest man, said, “🤭.”

The revelation from Agrawal, who said last week that he had been engaging with Musk for “a few weeks” before announcing his appointment to the board, follows unusual tweets from the SpaceX executive over the weekend in which he wondered aloud to his over 80 million followers whether Twitter was dying, citing low frequency of tweets from some of the most popular personalities on the social network. Musk also asked his followers if Twitter should convert its San Francisco headquarters into a homeless shelter.

Joining Twitter’s board would have required Musk to cap his overall ownership of the social network at a maximum of 14.9% while he remained on the board and 90 days after the departure, according to terms of the agreement Twitter disclosed.

Musk has purchased 9.2% of Twitter stock, according to a filing he made earlier this month. Twitter shares soared as much as 30% on the news of Musk buying shares, and another 10% when his appointment to the board was announced the following day.

“The Board and I had many discussions about Elon joining the board, and with Elon directly,” Agrawal said in a tweet Monday. “We were excited to collaborate and clear about the risks. We also believed that having Elon as a fiduciary of the company where he, like all board members, has to act in the best interests of the company and all our shareholders, was the best path forward.”

Elon did not say why he was investing in the company, but the timing of the revelation followed him expressing concern about free speech and censorship on Twitter. Analysts at Bernstein, however, believed that Musk’s interest in Twitter was mainly personal.

“He joins 15+ other billionaires in media ownership, including Bezos with WaPo. We view the interest as a potential distraction for Musk and TSLA shareholders, given that Musk is arguably already over- committed, and his fervor for the topic of censorship/free speech is high,” they wrote in a note.

Over the weekend, Musk also suggested that Twitter should consider giving an authentication checkmark to anyone who subscribes to the company’s $3 monthly subscription service, Twitter Blue. “And no ads,” Musk said, outlining the features of Twitter Blue. “The power of corporations to dictate policy is greatly enhanced if Twitter depends on advertising money to survive.”