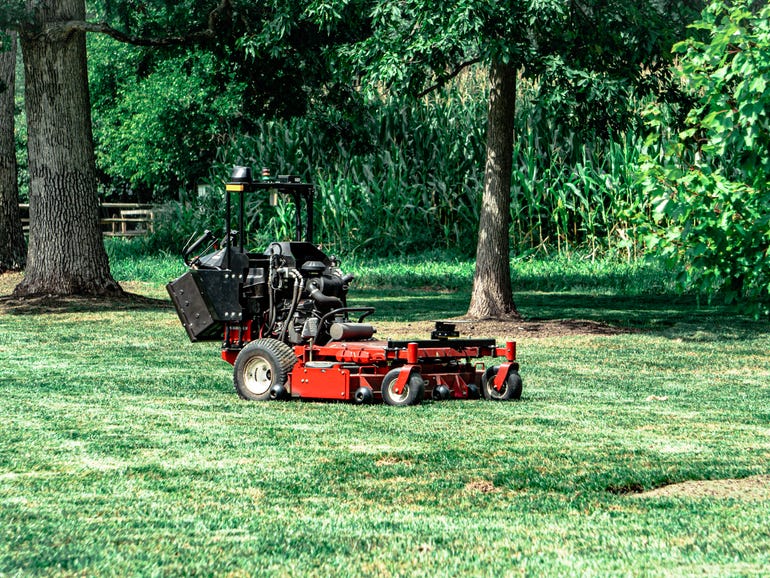 A company that turns old lawn tech into state of the art robots got a big vote of confidence via major fundraising. Electric Sheep, whose name harkens to the Philip K. Dick novel upon which Blade Runner was based, just announced a $21.5 million Series A to teach old lawn care tech to do new tricks.

The company’s success represents an important bellwether for robotics adoption. Technologies like commercial trucks and lawnmowers are inevitably going to operate autonomously, and much of the tech exists to begin the transition immediately for certain users. But the economics of replacing existing fleets won’t be viable right away. In the interim, enterprises are faced with the prospect of being out-innovated by competitors.

Also: Should robots be able to deliver booze?

Electric Sheep is taking the same strategy to the commercial mower market. It’s an excellent use case in a tight labor economy where lower-wage positions have been difficult to fill. According to the National Association of Landscape Professionals, the labor market in landscaping has been challenging for employers as tens of thousands of full-time positions are going unfilled, who also call 2021 “the worst labor market in recent history.” Against that backdrop, Electric Sheep sees a moment of transition.

“Automation of the $115 billion outdoor maintenance market is an enormous opportunity hiding in plain sight,” explains Griffin Schroeder, Partner, Tiger Global, which led the recent round. “Electric Sheep is leading the way with fully autonomous solutions. We are excited to invest and help them grow their leadership position.”

The company’s flagship product is called Dexter, an autonomous add-on that easily attaches to new or existing lawnmowers and requires minimal training in order to autonomously mow any type of grass. Landscapers show Dexter what to do one time, and the robot then autonomously repeats those actions. The sensor suite includes LiDAR, cameras, GPS, ultrasonic sensors for precise maneuvering across diverse terrain, and OTA firmware updates. As has been the trend with enterprise automation, the technology is being offered via an as-a-service model.

“I don’t think people realize that lawns are America’s largest crop,” says Naganand Murty, CEO of Electric Sheep. “More land and water are dedicated to lawns than to wheat and corn combined, and more than 40 million acres of land in the U.S. has some form of lawn. $20 billion is allocated annually to lawn mowing alone*. Solutions such as Electric Sheep’s Dexter robot are helping our customers meet demand and better allocate their already scarce labor pool.”

The company plans to use funds from the Series A to expand across all departments in order to meet growing customer demand. The company currently has contracts with thirty customers across the U.S., and interest is high.