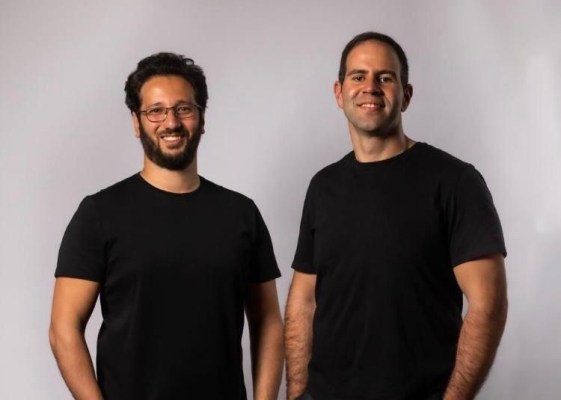 Pylon, an Egyptian infrastructure management platform for water and electricity companies in emerging markets, has raised a $19 million seed round.

The round, a combination of debt and equity, was led by U.S.-based Endure Capital, which is backed by British International Investment (formerly CDC Group), the development finance institution of the U.K. government. Participating investors include Cathexis Ventures, Loftyinc Ventures, Khawarizmi Ventures and several unnamed angel investors.

Pylon currently operates in Egypt and the Philippines. Part of the seed investment will allow Pylon to expand to other countries in emerging markets, including Southeast Asia, Latin America and Africa. This funding is the company’s first venture round. CEO Ahmed Ashour said he and his co-founder, CTO Omar Radi, had bootstrapped Pylon since 2017.

Ashour worked in the metering and utility business for more than a decade and led the implementation of smart metering technologies — particularly hardware– across Africa, Europe, Asia and the Middle East for various companies.

In 2016, he found a gap in the market for solutions tailored to the needs of water and electricity distributors in Egypt and other emerging markets. He said these entities used software designed for developed economies with different needs and challenges from the likes of Siemens, Oracle and SAP that couldn’t meet distributors’ demands in emerging markets.

“We have seen them [foreign software] used in other projects but eventually experienced great failures. We started [Pylon] to replace them because their solution failed on the ground,” Ashour told TechCrunch on a call.

The chief executive said Pylon solves several challenges for water and distribution companies. First, they incur a very high rate of uncollected bills and thus miss out on huge revenues. Second, they experience high electricity costs and water theft. Thirdly, technical losses happen on the grid and the network — whether for lack of maintenance or law enforcement. These three issues contribute to these entities losing 40% of their revenues and give rise to the last issue — these entities being unable to upgrade their solution or have a smart infrastructure in place due to high costs.

Pylon builds solutions for these water and electricity distribution companies to make them efficient and stanch the bleeding — the company calculates hundreds of billions of losses (in dollars) across emerging markets per year. It’s a massive opportunity to increase the aggregate revenues and top line of those utilities by 50%.

Here’s how it works. Pylon’s software gathers data from the grids, analyzes it, and detects where theft and losses occur along the supply process. It then automates billing processes for the companies, similar to how telecom providers in these markets have done over the years.

With no upfront investment, Pylon says it can help utility companies reduce their losses to 8%, in addition to improving their top line. The company said it doesn’t charge its customers an upfront cost for its hardware. However, its smart metering-as-a-service (SMaaS) model makes it easy for cash-conscious utility companies to deploy its solution at scale.

“We believe that the electricity sector is following the footsteps of the telecom industry and the curve is starting to show. So we just mirrored the billing solution, and with the data detection, we can detect who exactly is stealing electricity and where the losses are happening,” said the CEO.

“Also, since those utilities are cash-strapped and cannot upgrade, we offer them this solution as a subscription model. So it’s a low-capex model where they subscribe with us, pay around 10-12% of the initial cost of their previous solution, and can recuperate the revenues. So just by signing with us, they start making more money and increasing their top line and bottom line.”

Over 12 different utilities (seven in the private sector and five in public) use Pylon. They serve more than 1 million metering endpoints across 26 separate meter models in Egypt and the Philippines.

Pylon grew its revenues by 3.5x in 2021 and claims to be profitable. But aside from building a thriving business, the founders are particular about how Pylon’s smart electricity grids foster sustainability of the environment.

“We believe big time in our role in helping the environment and helping with the challenges that we are currently facing,” the CEO said. “Emissions coming from the electricity sector is one of the biggest sources of CO2 emissions on the planet. We are able to make electricity efficient and reduce [emissions] by 25% when utilities subscribe with us.”

One of its goals is to achieve 1 gigaton of total CO2 emissions reduction by 2035. On the other hand, water losses in emerging markets also reach over 45 million cubic meters per day. “Pylon can reduce this by up to 22%, potentially providing enough water to serve over 40 million people,” the company said.

The Y Combinator-backed startup believes the market opportunity in the water and electricity distribution space is worth over $20 billion across 10 emerging markets. However, it is currently focusing on one-fourth of that figure which covers Egypt, the Phillippines, Brazil and Africa. Ultimately, the plan is for the Egyptian startup to capture more market share over time, Ashour said, and an expansion to Southeast Asia, another fragmented market, is in the cards.

But these are all long-term projections. In the near future, next year to be exact, Ashour said Pylon plans to reach 3 million meters across its markets, representing a 4x year-on-year growth. The startup is already working with multiple companies across two continents that have deployed more than 2 million endpoints of Pylon’s smart grid technology across 15 distribution companies.

Getting its technology right will be essential in this next phase of growth. Therefore, securing this seed financing — one of the largest in the MENA region — presents Pylon with the chance to advance its engineering and product development.