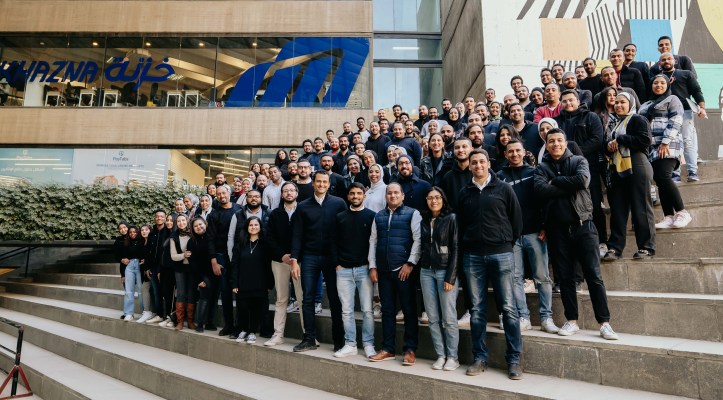 In a country where 50% of its 100 million people are active smartphone users, two out of every three individuals have little or no access to formal financial services in Egypt.

With banks doing their best to deepen financial services to the underbanked and unbanked across the North African country, startups are also playing their part. One such provider is Cairo-based Khazna — a self-described “financial super app” that has raised a $38 million Series A in debt and equity. The company has received a total of $47 million since its inception.

Its entry point product was an earned wage access product launched in 2020. Dubbed Khazna HR, this product allows partner employers to offer cash advances to their employees, either in part or in full.

Earned wage access is gaining significant investor interest across different emerging markets such as India, Nigeria and Indonesia, where startups are helping employees — white and blue-collar — access their salaries in real time. It’s part of a financial inclusion play that saves these consumers the stress of running out of money or taking money from predatory lenders.

Some of these providers, like Refyne, Earnipay, Wagely and NowPay, another Egyptian platform, offer this as a standalone service. But for Khazna, it’s just one of the multiple services sold to consumers. Since securing an undisclosed seed round, which from some deduction falls between $8-9 million, Khazna has added offerings such as buy now, pay later, bill payments and a prepaid debit card. Similar providers in Egypt include Telda and Sympl.

“How the products are designed and the merchants that we are connected to is all in line with the needs and the interests of low to middle-income Egyptian users.”

Khazna’s BNPL service is available in 1,000 merchant stores across the country, said the chief executive. He also said the platform has 150,000 users across all its products. Khazna plans to launch additional products before the end of the year; this product expansion and user growth is what Selah points out when asked how Khazna stays ahead of the competition.

Meanwhile, one key highlight in Khazna’s journey is its dedication to following the Central Bank of Egypt’s (CBE) push for financial inclusion and a “less-cash” framework. But that’s not all. According to its chief executive, the startup will seek to leverage the bank’s infrastructure for some services in its pipeline.

“We are aligned with CBE’s vision and Khazna, at its core, believes that world-class financial services should be available to all. They’re launching multiple initiatives that we are part of, including the instant payment network where we will offer some services like instant payments through this infrastructure.”

The Egyptian startup has a team of 70 people, of which its leadership team comprises former executives from WorldRemit, Uber, Jumia and Match Group. The next goal for the startup, Selah says, is to increase the number of Egyptians that use its financial super app to 1 million by the end of 2022.

It will bank on this recent financing led by Quona Capital to execute on that front. Khazna is the impact investor’s second check in an Egyptian startup after B2B retail e-commerce company Capiter.

The round received participation from Nclude (the VC fund launched by three Egyptian banks and Dubai-based Global Ventures), Speedinvest, Khawarizmi Ventures, Algebra Ventures, Accion Venture Lab and Disruptech, among others.

“In just two years, Khazna has scaled and monetized quickly and is already a market leader in the push for financial inclusion for the 35 million underbanked in Egypt,” said Monica Brand Engel, Quona co-founder and managing partner, in a statement.

“Empowering consumers and micro-businesses with Khazna’s convenient, user-centric, and transparent financial super app can enable millions across Egypt to gain greater control over their financial lives. Quona is incredibly excited about Khazna’s roadmap to be the category-leading digital super app for inclusive finance in Egypt.”

Lendable, an emerging markets lender, provided the company’s debt financing. Arab Bank Egypt was said to have facilitated the debt transaction between both parties as the “security agent.”