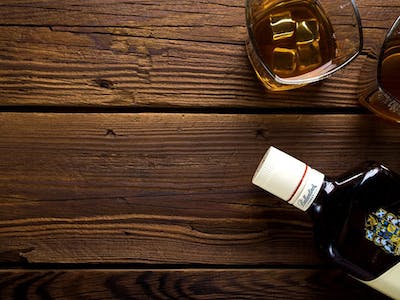 As long as there are people willing to pay a large sum of money for a rare item, there will be those that are working to counterfeit that item in an attempt to defraud them. In the art world this problem has been particularly pronounced, with thousands of cases of fraud having been documented, which have duped even savvy buyers at art galleries and national governments out of millions of dollars. The problem is that the counterfeiters are so good at their craft that even the most accomplished experts can not always recognize the fakes for what they truly are. Of course this type of deception extends well beyond paintings and sculptures, even including high-end brands of whisky, which can fetch tens, or even hundreds, of thousands of dollars per bottle

Having recently developed an electronic nose called NOS.E, researchers at the University of Technology Sydney decided to use that device to sniff out fraudulent imitations of high-end whiskies. The basic idea is that NOS.E will take a whiff of the gasses given off by the whisky, then use machine learning techniques to match that signature with other known whiskies. The system is capable of distinguishing between brands and detecting adulteration, region of origin, and style.

NOS.E was designed to work like the human olfactory system. Inside, it contains an array of sensors consisting of four commercially available metal oxide gas sensors. As it analyzes gasses, the findings are converted into a digital form that can be consumed by external computing devices for data processing. The number of detectable gasses — including hydrogen, ethanol, iso-butane, VOCs, ammonia, methane, and many more — is quite large, and the interactions between them can be very complex and difficult to interpret, which is where machine learning comes into the picture.

The team trained multiple machine learning classifiers by collecting labeled data from the electronic nose, and then showing those samples to the models. Separate models were created to distinguish between brand, region, and style to maximize model accuracy — the set of characteristics that distinguish brands may be completely different from those that distinguish style, making it suboptimal to combine the classifiers into a single model.

A field test of the system was conducted at a trade show in Australia. Classification accuracies of 96% were observed in detecting whisky brand, whereas accuracies of 100% and 92% were achieved for region and style classification, respectively. Results were further validated by performing tests with time-of-flight mass spectrometry paired with two-dimensional gas chromatography assays. These gold standard tests produced similar results to those found by the electronic nose.

The new methods demonstrated by this team are substantially less expensive, and faster to generate, than more traditional validation methods, like mass spectrometry. It is also more accurate than human experts, who can often be fooled. The team hopes to use their electronic nose technology to stamp out fraud in other drinks, such as wine and cognac as well. They also note that their techniques may be applicable to other products, like high-end perfumes.