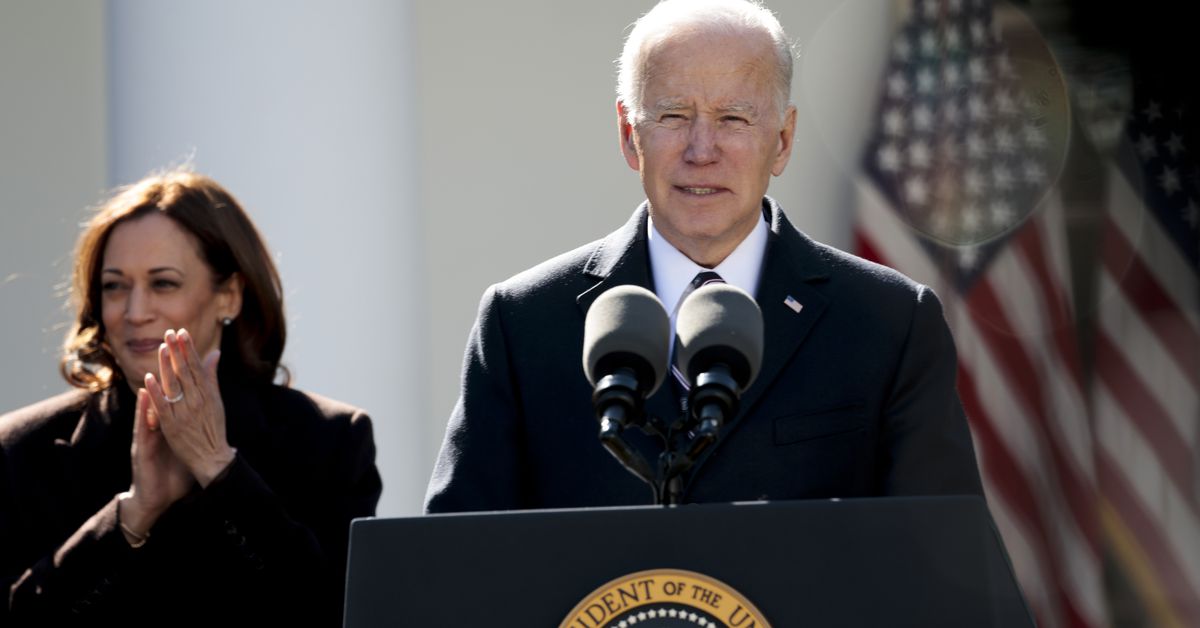 In recent weeks, progressives have issued a dire warning for Democrats. If President Joe Biden doesn’t try to get more done via executive action, they argue, voters won’t turn out because they’ll feel like the party hasn’t delivered for them.

“If the president does pursue and start to govern decisively using executive action and other tools at his disposal, I think we’re in the game,” Rep. Alexandria Ocasio-Cortez (D-NY) told New York magazine in an interview this week. “But if we decide to just kind of sit back for the rest of the year and not change people’s lives — yeah, I do think we’re in trouble.”

When it comes to mobilization, progressives are correct. Democrats need to do more to energize their base after the party failed to pass the expansive social spending legislation and voting rights protections they promised to advance in 2020.

Given their narrow majority in the Senate and the impasse they’ve faced there, it’s possible executive action might be the only route Democrats now have for certain policy changes.

Whether executive action will be enough to stem their overall midterm losses, though, is unclear.

Typically, there’s significant pushback against the president’s party in the midterms, a dynamic that’s likely to be compounded this year by Biden’s poor approval ratings. Historic trends have also indicated that passing new policy has marginal effects on midterm elections — and can even spur backlash. Instead, factors such as the economy, inflation, and the state of the pandemic are likely to play a much bigger role in how voters assess the party in power.

“It’s possible this could have some influence on vote choices in the midterms, but the impact will be at the margin,” says Brown University political scientist Eric Patashnik. “The president’s party nearly always suffers losses in the midterms, and Biden’s executive actions aren’t likely to change that.”

That’s not to say that executive actions aren’t worth pursuing or that they won’t have any impact. It’s just that any electoral benefits they produce will likely be outweighed by other headwinds Democrats already have to contend with.

Executive actions could energize the base

“I think young people aren’t excited to go to the polls to vote on broken promises,” says Sunrise Movement spokesperson John Paul Mejia. “Right now, young people are yearning for a party to believe in.”

In the last year, Democrats have struggled to advance some of their biggest priorities. Although they were able to pass robust stimulus via the American Rescue Plan, as well as landmark investments in roads, bridges, and water pipes via the bipartisan infrastructure bill, they haven’t been able to approve key climate policies or voting rights legislation due to divides within the party.

Voters’ disappointment has been evident in polling. Since last September, Biden’s approval rating has seen declines among Democrats overall, and among key party constituencies including Black voters and young voters.

Executive actions could help rally many of the Democratic voters who’ve become disillusioned with the party’s leadership, though experts note that they’ll have to make sure these efforts don’t turn swing voters away.

“Executive actions that relate to the economy historically have the potential to boost participation of the president’s base,” says the Brookings Institution’s Nicole Willcoxon.

Thus far, Biden has met with the CPC to discuss the list of executive actions they’ve proposed, though the White House has yet to announce how many it might potentially consider.

Policies tend to have marginal impacts

While executive actions could energize some Democrats, they likely aren’t enough to neutralize other challenges they face.

Also, because the opposition party tends to be more fired up about taking back congressional seats or putting a check on the executive office, its voters are usually more activated during the midterms.

“What happens in a midterm is the people who are motivated to participate are people who are suffering losses, not gains,” says Michigan State University political scientist Matt Grossmann. “The opposition party is more excited, and that definitely does matter.”

As the Atlantic’s Ron Brownstein has pointed out, recent midterm losses have taken place even after the passage of ambitious bills like the Affordable Care Act and groundbreaking gun control legislation:

Bill Clinton lost 54 House seats in 1994 after passing a sweeping budget bill, a substantial crime bill, and the most significant gun-control legislation Congress has ever approved. The losses were even greater in 2010 after Barack Obama passed his stimulus plan, expansive financial-reform legislation, and, above all, the Affordable Care Act, extending health insurance to more of the uninsured than any other federal initiative had since Medicare and Medicaid. Despite, or perhaps because of, all that, Democrats lost 63 House seats in 2010, the biggest midterm loss for either party in more than 70 years.

Part of those losses may stem from the fact that it takes time for people to feel the effects of a policy. While the Affordable Care Act, for example, wasn’t initially politically helpful to Democrats, it became much more so after the legislation developed a constituency over time.

Executive actions that could have the most impact on the midterm elections are ones, like stimulus checks, that have benefits that can be immediately felt, says Grossmann. Even then, however, he believes their benefits are likely small.

Several of the actions CPC has proposed would fall into the immediately felt category.

“There’s a lot here that’s really tangible and immediate,” says CPC spokesperson Mia Jacobs. “If the president cancels student debt tomorrow, if he increases the overtime threshold, and uses march-in rights to lower the price of prescription drugs, these are things that will make life easier right now and that is what it’s about.”

Taking these actions seems unlikely to alter the broader trajectory of the midterms themselves. They would, however, show that Biden is delivering on key campaign promises, and could galvanize disappointed members of the Democratic base, something that could come in handy in tight races. Executive action advocates argue, too, that even if they don’t ultimately help much, it’s a strategy worth trying to demonstrate the value of having Democrats in power.

“Progressives think it’s really important to be caught trying, and to make the case for why Democratic governance is meaningful,” says Jacobs.