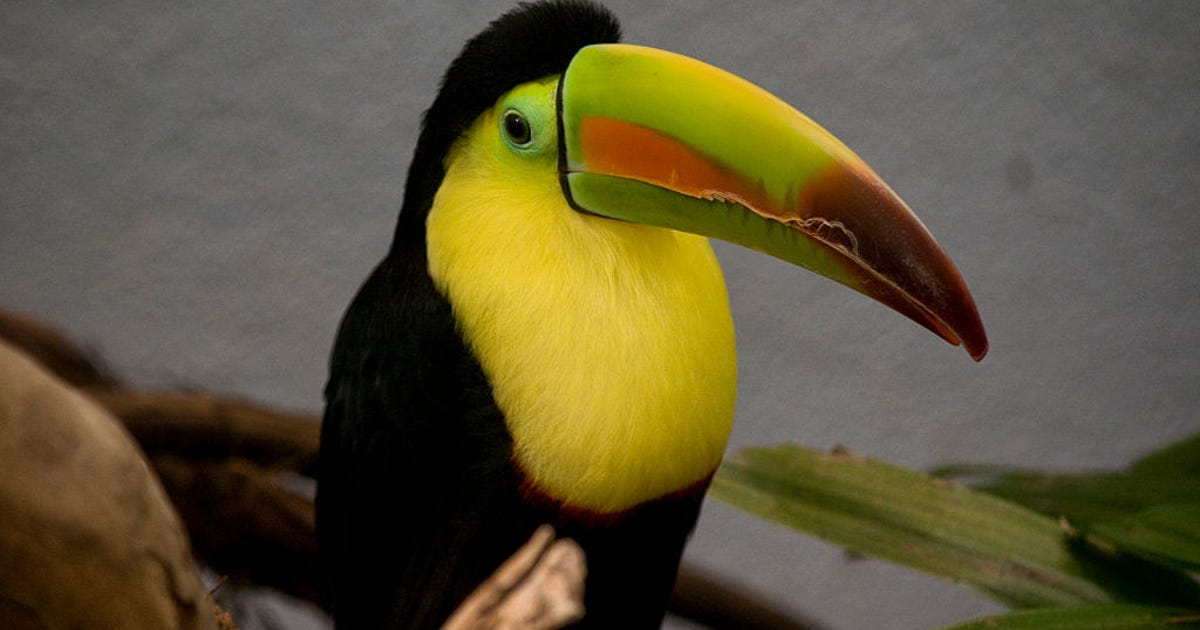 An avian flu epidemic ravaging much of the US is forcing staff at zoos and aviaries to move birds indoors and away from visitors.

The National Aviary in Pittsburgh, the nation’s largest, said it’s regularly checking the birds in its care for signs of the virus. Most of its winged residents are housed indoors already, according to a release, and those outside are in enclosures “specifically designed to prevent exposure to wildlife that could be carriers.”

Many other sites are keeping birds quarantined in smaller groups to prevent wider infection, the Associated Press reported.

Highly pathogenic avian influenza, or HPAI, has been detected in commercial and backyard farms in at least 24 states, according to the US Department of Agriculture. Since February, nearly 23 million birds have been destroyed to check the spread of the disease or have died.

The epidemic is fueling a surge in egg and poultry prices: A dozen large eggs costs between $2.80 and $2.89 wholesale, according to an April 4 report from the US Department of Agriculture, up more than 50% since Feb. 8, when the first case was identified in a commercial turkey flock in Indiana.

No humans have tested positive in the US, but the economic toll could be major: The first US epidemic, in 2015, cost the poultry industry more than $1.5 billion and caused egg prices to nearly double.

Here’s what you need to know about bird flu, including what the outbreak means for consumers, how the industry is combating it and whether it poses a threat to humans.

What is bird flu?

Bird flu is caused by avian influenza Type A viruses, which spread naturally among waterfowl and can infect wild birds, domestic poultry and other animals, though rarely humans.

There are more than a dozen strains of bird flu, which are classified as either “low pathogenic” or “highly pathogenic,” depending on their ability to spread disease and kill poultry.

The strain bombarding the US right now, Eurasian H5N1, is considered highly pathogenic.

How is bird flu transmitted?

The main source of infection is migratory waterfowl, such as ducks and geese. “They get infected but don’t get sick,” Denise Derrer, public information director for the Indiana State Board of Animal Health, told CNET. “Then they shed the virus in their droppings or wherever the land.”

That means the spread could peak in a few weeks, when spring migration reaches its high point, and not abate until June, when the birds settle into their summer breeding grounds.

How the virus gets from barn to barn is still not entirely clear, which makes it hard to get a grip on the situation, according to Dr. Yuko Sato, a professor at Iowa State’s school of veterinary medicine.

“There’s no concluded study on how it’s coming in,” Sato told NPR. “We can identify some weak links — for example, people tracking it in.”

Where have bird flu outbreaks been detected?

The current strain of H5N1 was first reported in Asia and Europe. In the UK, eggs can no longer be labeled free-range because hens have been cooped up for months to avoid infection.

As a result, more than 20 million egg-laying hens, poultry chickens and turkeys have been or will soon be “depopulated,” or killed, with more infections detected nearly every day. On March 31 alone, infections were detected in five states.

Among the worst outbreaks:

Is bird flu dangerous to humans?

Human infection is rare, with fewer than 900 cases reported since 2003, according to the World Health Organization. Most have been among people working directly with infected birds.

Even if an infected chicken wound up at your local supermarket, avian influenza is not a foodborne disease, so you couldn’t contract it from eating contaminated poultry.

As of March 7, the US Centers for Disease Control and Prevention reported that the current H5N1 bird flu situation “is primarily an animal health issue” with no human infections in the US.

But H5N1 has a very high mortality rate, and the longer and larger the wave of outbreaks, the higher the chances it could mutate into a strain that is more infectious to humans. So US health officials are closely monitoring the situation.

The CDC has also produced a candidate vaccine virus as a precaution.

What happened during the last major bird flu epidemic?

Between December 2014 and June 2015, the first US bird flu epidemic led to more than 50 million chickens and turkeys being destroyed in what the USDA called “the largest poultry health disaster in US history.”

One in 12 turkeys died from either the virus or being culled, according to Gro Intelligence, along with one in eight egg-laying hens. Eighty percent of the birds — some 39 million — were euthanized between mid-April and mid-May 2015 alone, mostly in Midwestern states.

Prices quickly soared: In the first five weeks of the epidemic, wholesale chicken breast prices increased 17% domestically, according to the USDA’s Economic Research Service, and remained inflated for years.

The average cost of a dozen eggs in New York was 60% higher in the latter half of 2015 than it was a year prior. And exports plummeted sharply as numerous countries imposed import bans on US poultry.

How is the current epidemic affecting prices?

Rising inflation, labor shortages and supply chain issues have already contributed to meat prices rising across the board — as has the war in Ukraine, a major supplier of grain used to feed livestock.

But the bird flu outbreaks are adding a premium on poultry and eggs: Between Feb. 18 and March 18, the wholesale price of broiler chickens shot up nearly 20%, while the price of pork only rose about 4% and beef actually became 3% cheaper.

Nationwide, boneless chicken breasts are averaging $3.93 per pound according to the USDA’s National Retail report, compared to $3.14 last week and $2.48 a year ago.

Turkey breasts are averaging about $4.45 a pound, the highest since the 2015 epidemic, according to The Wall Street Journal.

How the outbreaks will ultimately affect pricing depends on which kinds of birds are hit hardest — egg-laying hens, chickens raised for meat or turkeys, Grady Ferguson, a senior research analyst at Gro Intelligence, told CNET.

But concerns over supply disruptions “is keen on marketer’s minds,” according to the USDA’s market analysis, especially with Easter less than a month away.

“I think the number of the birds [killed] could be in the same ballpark” as the 2015 epidemic, biochemist Henry Niman, who has been mapping the locations of Eurasian H5N1 cases across the US. told CNET. “And I think price increases will be comparable, too.”

How bad could the bird flu epidemic get?

This is only the second major outbreak of HPAI ever in the continental US, and the first in seven years.

“If you look at the 2015 situation, at this point in the year there are a lot more wild birds now over a much wider area,” Niman said. “There’s more outbreaks already. It’s going to get much worse than it is now.”

Unlike during the 2015 epidemic, outbreaks have reached the Atlantic Flyway — a major north-south migratory corridor that stretches down the Atlantic Coast from Greenland to South America — and reached birds in the DelMarVa peninsula.

Poultry industry representatives say they’re enforcing strict protocols to control the spread of the virus, including limiting foot traffic on farms, avoiding the sharing of equipment, closing up any holes in barns and making sure water and feed are covered and contaminant-free.

But biochemist Niman says it won’t be enough.

“This is just a little skirmish — the major migration season hasn’t even hit yet,” Niman said. “The farms are gonna be carpet-bombed in a few weeks. I don’t think they’re gonna be able to control it, even with what they’ve learned.”

How is the industry combating bird flu?

There is no treatment for avian influenza in birds, only a containment protocol: Any fowl that may have come in contact with the virus is destroyed. In many cases, growers are forced to kill every bird on their farm, though the federal government typically reimburses them for some of the cost.

“The industry learned a lot of lessons from 2015,” Derrer said. “They’ve improved biosecurity measures to prevent the virus from being introduced into farms and barns.”

“That’s the first sign that there’s something wrong,” Derrer added. “Farms can move faster now and test right away. Even in the middle of the night.”

Tyson, which processes a reported 47 million chickens a week nationwide, did not return a request for comment.

The industry “remains on high alert,” according to Tom Super of the National Chicken Council.

“Detailed plans are in place to control spreading among flocks and eliminate the virus completely,” Super said in a statement. Farmworkers are wearing dedicated footwear in the barns, carefully disinfecting delivery trucks and sealing up holes where vermin might introduce the virus into an indoor population.

Federal officials have been testing wild birds, which acts as an “early warning system” for outbreaks among commercial flocks, according to the USDA. If an infection is detected in a farm, a six-mile “exclusion zone” is typically placed around the area, with shipments halted and birds tested daily.

As good as biosecurity measures may be, critics of the industry say factory farming — which sees tens of thousands of birds crammed into huge sheds — has created an environment where avian influenza can thrive.

“If you were trying to design a system to optimally spread disease, you couldn’t design a better one than modern poultry farming,” said Andrew deCoriolis, executive director of the sustainable-agriculture nonprofit Farm Forward.

A single farm can have anywhere from one to ten barns in a field, with 500,000 or more birds on the ground.

“The threat of housing animals by the tens of thousands is a huge risk. It gives viruses a huge population of hosts to prey on — to mutate and to thrive,” deCoriolis told CNET.

Aside from the farms themselves, he added, the industry has spent decades modifying the genetics of chickens and turkeys to get them as big as possible as fast as possible — at the expense of their immune systems.

“They all have the same immune system — or lack of an immune system,” Dr. Gail Hansen, a public health veterinarian and former state epidemiologist for Kansas, told The New York Times. “So once a virus gets inside a barn, it’s going to spread like wildfire.”