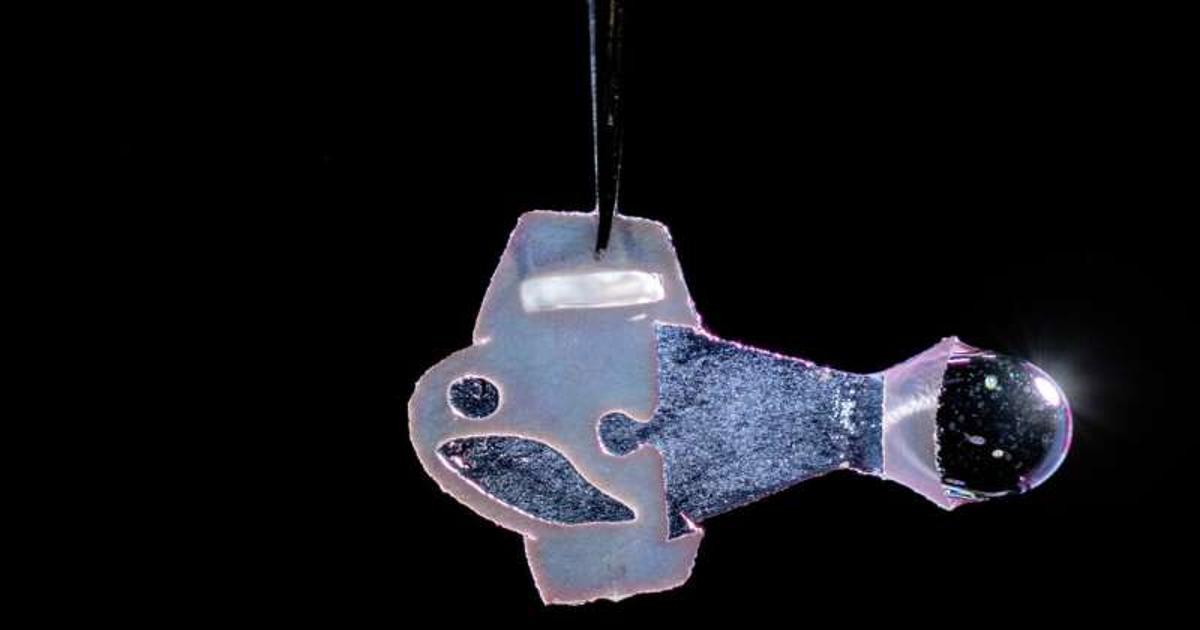 Researchers at Harvard and Emory University have created a biohybrid fish out of human heart muscle cells that can swim autonomously for months at a time as the cells beat. The project is a quirky sidestep on the way to eventually growing new functioning hearts for transplant.

This isn’t the first robot that this team has cobbled together out of heart cells. A few years ago they made a stingray out of heart cells from rats that could be steered with pulses of light. But for this new one, they upgraded to heart muscle cells derived from human stem cells, and created a fish robot that could swim around on its own.

The trick is that this biohybrid fish has a layer of cardiac cells on each side of its tail fin that contract and stretch in an alternating pattern. Each time a muscle stretches or contracts, it opens a protein channel that’s sensitive to the movement, which triggers the opposite motion to follow. A pacemaker-like node helps keep the frequency and rhythm on track, creating an ongoing closed-loop system, allowing the fish to swim around under its own power for over 100 days.

“By leveraging cardiac mechano-electrical signaling between two layers of muscle, we recreated the cycle where each contraction results automatically as a response to the stretching on the opposite side,” said Keel Yong Lee, co-first author of the study. “The results highlight the role of feedback mechanisms in muscular pumps such as the heart.”

The team says that the biohybrid fish actually got better over the first month. As the cardiomyocyte cells matured, the muscle coordination, contraction amplitude and the swimming speed of the fish all increased. Eventually the biohybrid was able to swim about as fast and effectively as a live zebrafish.

But this work isn’t about building better robots – it’s about understanding the heart in more detail, to help study diseases like arrhythmia and eventually, even build better replacements. Making a fish robot may seem like a roundabout way to study the heart, but the team says that it can give them unique insights into how exactly the organ works.

“Our ultimate goal is to build an artificial heart to replace a malformed heart in a child,” said Kit Parker, senior author of the study. “Most of the work in building heart tissue or hearts, including some work we have done, is focused on replicating the anatomical features or replicating the simple beating of the heart in the engineered tissues. But here, we are drawing design inspiration from the biophysics of the heart, which is harder to do. Now, rather than using heart imaging as a blueprint, we are identifying the key biophysical principles that make the heart work, using them as design criteria, and replicating them in a system, a living, swimming fish, where it is much easier to see if we are successful.”

The research was published in the journal Science. The biohybrid fish can be seen in action in the video below.