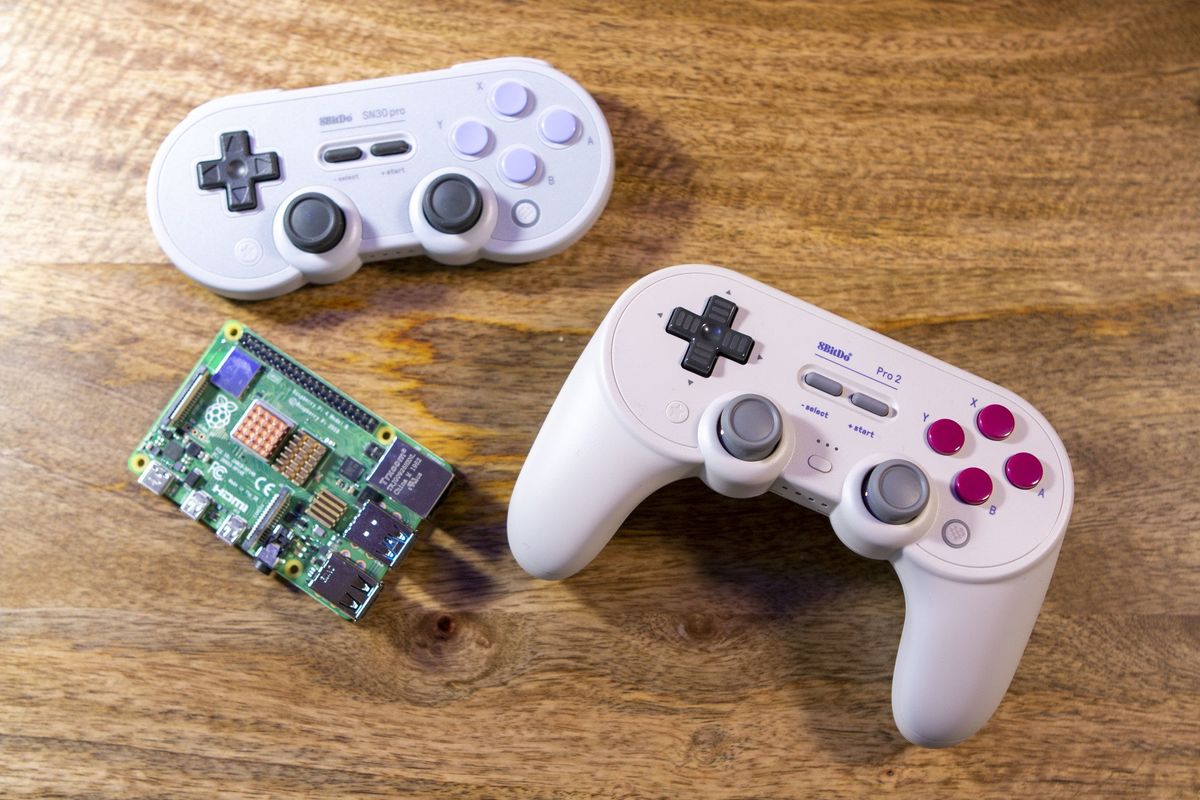 The Raspberry Pi makes a great retro gaming console, so it only makes sense for you to want to get the best Raspberry Pi controller. Without one, you won’t be doing much gaming at all. While you can buy a keyboard and mouse, some games are just better designed with controllers in mind.

This SNES-styled controller is built tough and is comfortable enough to play with all night. It also has an extra-long cable so you can lean back. Plus, it not only works with your Raspberry Pi, but it can also connect to your Windows PC or Nintendo Switch (with the right software version).

The Logitech F310 can be used through a USB hub and still work as a standard Xinput controller. If you’re running out of holes, remember this one! And don’t forget that there are ten different programmable buttons, along with the 8-way programmable D-Pad.

For a short period, the Sega Genesis ruled the land and provided one of the better controllers to go along with it. Retro-Bit has released a USB Controller with eight different buttons and that beautiful D-Pad. This controller sports a 10-foot-long cable and will work with your Sega Genesis Mini as well as the Raspberry Pi.

Was everything great about the original 8Bitdo Pro except the wire? We understand. If you want a Bluetooth controller, this is the one to buy. Along with compatibility with all types of operating systems, the SN30 Pro includes rumble vibration, motion controls and allows you to connect via the USB-C port on the top.

Wireless via a USB dongle means no worries about getting tangled in a cord with this great controller from Logitech. And with the F710, you can get rid of the cables, enjoy dual-vibration models, and know that this controller will stick around for a while longer. Just be ready for some possible interference since this controller is limited to 2.4GHz connectivity.

Take your favorite retro controller (pre-N64) and give it some better grips, and that’s what you get with the 8Bitdo Pro 2. The controller features a rechargeable 1,000mAh battery, including button mapping functionalities and a six-axis gyro for motion controllers. And with the Ultimate Software app on Android, you can customize the different profiles, making it easy to switch from your Raspberry Pi to your Android phone in no time.

Compatibility with the Raspberry Pi, or Linux in general, wasn’t available at launch. However, you can now use Sony’s latest and greatest controller with your Raspberry Pi to enjoy all of your favorite games. You’ll need to enter a couple of lines of code, but once the drivers are installed, you’ll be good to go.

Use what you love

This USB dongle lets you use your wireless PlayStation or Xbox controller on the Raspberry Pi. And it even works with other non-traditional controllers like Nintendo’s Wii controller and Switch Joy-Cons. It’s great knowing exactly where the buttons are, and you don’t need more controllers lying around.

Have some fun with the best Raspberry Pi controller

As the saying goes, all work and no play kind of sucks. Building a neat retro game machine out of a cheap Raspberry Pi can add a little fun back into your life, but you’ll need a controller. If you’re serious about keeping a retro game box around, we suggest the 8Bitdo Pro wired controller. It’s not quite the same as a SNES controller, but the buttons are close enough to make you feel comfortable, and it’s going to last a long time.

Those who enjoyed the glory days of the Sega Genesis will want to check out the Retro-Bit Sega Genesis USB Controller. Not only is this officially certified and can be used with the Sega Genesis Mini, but it also includes a 10-foot cable, so you have some freedom to move around. Plus, you won’t have to worry about downloading any special drivers, as you can just plug in a controller to get started.

If you don’t want to add another controller to your collection, though, there are options. You can get a wireless controller adapter like the aptly named 8Bitdo Wireless Controller Adapter and use your PlayStation or Xbox controller with your Pi.