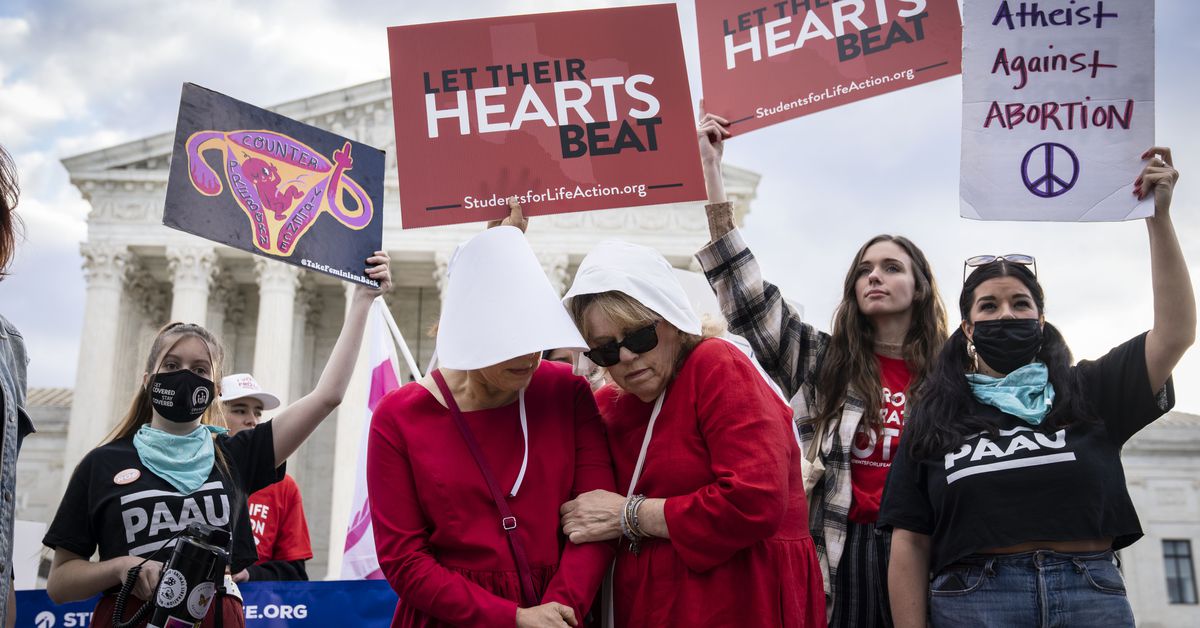 Prosecutors dropped murder charges on Sunday against a 26-year-old south Texas woman over an alleged “self-induced abortion,” admitting that she had not committed a crime. But her case is an example of the lengths to which red states are willing to go to restrict abortion access — and abortion advocates worry it could have a chilling effect on pregnant people seeking medical care in Texas.

The woman was indicted in March after she miscarried and allegedly told staff at a Starr County hospital that she had tried to induce her own abortion. The staff then reported her to the police. It’s not clear how long she had been pregnant or how she sought to induce an abortion. (Her attorney could not be reached for comment on Monday.)

But what is clear is that she never should have been charged. Texas law bans abortion providers from performing the procedure after about six weeks into pregnancy and from giving patients abortion pills after 49 days from conception. But there is no Texas law that criminalizes or imposes penalties on people who have abortions. And state law also explicitly exempts people from criminal homicide charges for having abortions.

“The issues surrounding this matter are clearly contentious, however based on Texas law and the facts presented, it is not a criminal matter,” Starr County District Attorney Gocha Allen Ramirez wrote in his Sunday announcement that he would be dropping the charges.

“It shouldn’t have happened and there are clear ways that it could have been prevented,” said Farah Diaz-Tello, senior counsel and legal director at the reproductive rights group If/When/How, which is covering the woman’s legal expenses through its Repro Legal Defense Fund. “If the health care providers that she reached out to kept her information confidential. If law enforcement who pursued this rightly realized that there was no criminal wrongdoing here.”

But the fact that it did happen means damage has already been done: The woman’s name and mugshot have been printed across national media, further upending her life. And the case may dissuade other Texans from not only self-managing their abortions but also pursuing critical medical care for fear of the repercussions.

Why was a woman charged for a legal abortion in Texas?

It’s not clear what law the Starr County District Attorney’s office thought the woman had broken when they charged her. A representative for the office declined to comment beyond Allen Ramirez’s statement on Sunday.

Texas has recently enacted one of the strictest anti-abortion laws in the country. The so-called Heartbeat Act, which went into effect in September, allows private individuals to sue anyone who provides or assists in an abortion after a fetal heartbeat is detected, typically about six weeks into pregnancy — before most women even know they are pregnant. As a result, it’s now effectively impossible to get a physical abortion in Texas, driving people to self-managing abortions, primarily by means of FDA-approved pills, or to seek an abortion in a neighboring state. But that law only implements civil, not criminal penalties. And it explicitly exempts from liability people who get abortions.

The Starr County District Attorney’s office nevertheless pursued its case, getting a grand jury to sign off on a March 30 indictment, which is not yet publicly available. The county sheriff arrested the woman on Thursday, and she was released from jail on Saturday night after reproductive rights groups posted $500,000 in bail on her behalf. It was only after her case received national attention that the district attorney’s office made a reversal and dropped the charges.

There’s good reason not to prosecute people who self-manage abortions or have otherwise adverse pregnancy outcomes: It could have a chilling effect on people who need medical care. That’s why the American College of Obstetricians and Gynecologists, the American Medical Association, and the American Public Health Association have all opposed criminalization in those kinds of cases.

“I think it would give anyone pause,” Diaz-Tello said. “If they were experiencing an obstetrical emergency — whether they had self-managed an abortion or whether they were just in the midst of a pregnancy loss — the possibility that they could be investigated, thrown in jail, and have their mugshot placed all over the news is going to have a deterrent effect.”

The Starr County case isn’t the only example of people being criminalized for self-managing abortions. Diaz-Tello said that her organization has identified at least 60 instances nationwide over the last two decades so far.

Prosecutions over abortion might become more common if Roe is overturned

The Starr County case came at a moment when many Republican-led state legislatures are enacting draconian anti-abortion laws. For example, a recent Oklahoma bill, which is expected to become law once the governor signs it, goes even further than the Texas Heartbeat Act. It would enact a near-total ban on abortion except in cases where the pregnant person’s life is endangered. Under the bill, any medical provider who performs an abortion would face up to 10 years in prison and up to $100,000 in fines.

There’s a limit to how far Republicans can go as long as the US Supreme Court’s 1973 decision in Roe v. Wade survives. The decision recognized a pregnant person’s fundamental right to seek an abortion, but found that states could still impose restrictions on the procedure in the service of protecting the pregnant person’s health and the potential life of a fetus once it can survive outside the womb.

The Supreme Court is widely expected to overturn Roe in the coming months. Many red states already have trigger laws on the books that would allow the state to prosecute people who provide and receive abortions, potentially making the practice more common.

Texas, for instance, passed a law last year that would completely ban abortion if the Supreme Court were to “wholly or partly” overturn Roe. Starting 30 days after such a decision, abortion providers in Texas could face up to 20 years in prison or up to life if “an unborn child dies as a result of the offense.”

Though that law still wouldn’t criminalize people who get abortions, as the Starr County case attempted to, it could put doctors and their medical support staff in a harsh new kind of legal jeopardy.