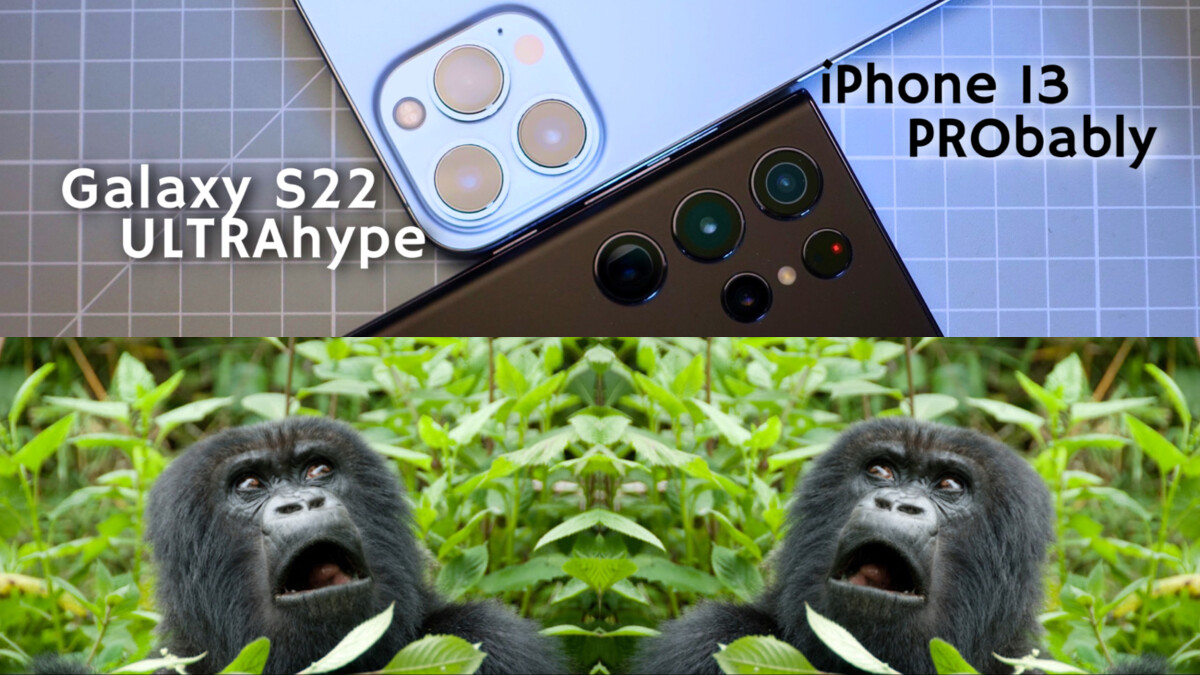 We’ve all been there… Whether you know basically nothing about phones or know more than enough, buying decisions can be tricky.

You’re at your carrier’s store, or Best Buy in the US, Carphone in the UK, Media Markt in Europe… ready to buy a new phone. You have a flexible budget but want to get the best device for the best price – as we all do.

, if you’re lucky to have them in your country.

The sales rep comes over; gives you a spec breakdown, if you’re willing to interact with him/her at all… Then you pick the phones up. Sure, the Pro iPhone and Ultra Galaxy might look “badass”, and they might feel heavier with extra big batteries and extra camera holes, but does that necessarily make them the better buy? Not at all. At least not always.

Or what about “premium” features like 5G, 8K, high-res cameras, big batteries, wireless charging, and premium materials like glass? How important are they really? Not as much as you might’ve thought.

Which is wht I’ve decided to put together a list of the top overrated smartphone features that customers might fall for when buying a new device! I guess you can think of this as a “not buyer’s guide”.

Overrated smartphone features in 2022: Don’t fall for the hype!

1. You don’t need the most powerful processor or 12GB of RAM

A more powerful processor, more RAM, and better benchmark performance are never bad for your phone. However, the raw specs here can lead you to believe the more powerful device will perform much better than a more affordable one, when in reality, the differences might be negligible.

What I’m trying to say is that the mid-range Qualcomm chips found in most $400-500 Android phones will serve you just fine for anything from doing emails, browsing social media, watching videos, or even playing games.

On the other end of the spectrum, Apple’s iPhone 13 comes with just 4GB of RAM, while competing Android flagships support 8-12GB. Does this mean they can always keep more apps running in the background and do a better job with multitasking? No. So, don’t jump on a phone just because it has 12GB of RAM. This isn’t a PC.

The only truly useful additional cameras for a phone are a dedicated telephoto/zoom lens and an ultra-wide-angle one. If the added cameras are 2MP ToF/Depth sensors or 5MP Macro shooters, it means they are most likely there to make the camera design look way more capable than it really is. Don’t fall for that. Please.

The reality is that more megapixels won’t always result in better photos and videos. In fact, with phones, often, the opposite is true.

That’s why despite having a 108MP sensor, Samsung’s Galaxy S22 Ultra defaults to taking 12MP photos. The technical term for this is “pixel binning”, but all you need to know is that getting a 12MP shot out of a 50-100MP sensor will always result in better dynamic range and overall more social-media ready image.

Ever since Apple introduced Macro Mode with the iPhone 13 Pro series, the hype train took off. Of course it did…

Don’ get me wrong… Macro Mode is a nifty camera trick to have if you’ll be taking close-ups of flowers and bees every day. If your job title is “Bee and flower close-up picture-taker,”. Then it’s worth spending extra money on a phone with a good Macro Mode.

But if you aren’t a bee and flower close-up picture-taker, don’t bother paying attention to a feature that you’ll most likely use ten times in the next three years.

And here it gets a bit more controversial, but really it’s very simple. A bigger battery is always better for your device, unless:

I hope this explains it. Read phone reviews before buying a phone with a big battery, thinking it’ll last two days before needing a charge. Hey, we make phone reviews! What a coincidence.

A great feature to have… if you’ll use it. Is it a reason to buy one phone over another? Absolutely not.

Unless you always charge your phone wirelessly – at home, in the car, and at Starbucks, wired charging will pretty much always be faster and more reliable unless you’re using MagSafe. But then again, MagSafe isn’t even proper wireless charging, if you ask me.

Let’s not get into that…

7. “Gorilla Glass will protect your phone screen from breaking!”

Gorilla Glass, Dragontrail, Ceramic Shield… and in the end, your phone is in pieces, and you’re crying in your car.

The only and most definite way to protect your phone’s screen against scratches and cracks is to use the best smartphone screen protector you can find. Don’t fall for marketing catchphrases.

8. “Glass-back phones are better than plastic ones!”

Naturally, after the last point, we come to the “glass is more premium” and “better than plastic” debate. Well… NOT! You must read the last line in Borat’s voice, or it doesn’t work.

This is why getting a sturdy case to go with your screen protector is also a great idea. And guess what – once your $1,000 flagship is in a case, does it really matter what its back is made of?

I’ll leave you with that.

Phone-makers are to blame here. While “Max” is a suitable addition to the name of a phone with a bigger screen and battery, calling one phone “Pro” over another is often just a marketing trick.

Then, “Ultra” is so vague that it basically tells you nothing about the extra features of the phone that comes with this name. In the case of the Galaxy S22 Ultra, this pretty much boils down to an S-Pen, a barely better performing battery, and an extra zoom lens compared to the Galaxy S22+.

On the other end of the spectrum, although Apple’s smallest iPhones don’t sell as much as the bigger ones, I’d argue the name plays a bigger role in that than you might expect. My humble theory is that the iPhone 12 mini and iPhone 13 mini would have sold much better if Apple had decided to call them “iPhone 12” and “iPhone 13” and call the standard iPhones “Max”.

Is the iPhone 13 much better than the iPhone 13 mini? Of course not. They are literally the same phone, save for the smaller battery on the mini – obviously. I don’t even consider the smaller screen size on the 13 mini to be a “downgrade” since that’s exactly why some people might prefer to buy it over the standard iPhone 13. But of course, “mini” leads you to believe this is definitely less of a phone.

Although some people tend to get excited about being able to capture high-res video, what they might not realize is that there’s no point in doing so if you can’t play it back in its native resolution.

What I’m trying to say is that, as it stands, 8K TVs are far from being mainstream due to their high prices, and they are literally the only way to view back 8K footage, at least for consumers.

Furthermore, virtually no traditional TV, streaming, or even the vast majority of YouTube content is recorded in 8K, meaning this feature is useless for 99% of the people.

A friend texted me a few months ago, asking for advice on which new phone to buy. At some point in the conversation, he said: “But this one has 5G!”

I get it… When the new iPhone SE 2022’s leading feature is 5G, when carriers worldwide push 5G as a real selling point, and when phone-makers literally add “5G” to the names of devices, of course, people will think they need it.

But there are a few reasons not to buy a phone just for the fact that it has 5G:

Of course, 5G phones are slowly but steadily becoming the norm now, so chances are your next phone will have 5G whether you want it or not. 5G is the future.

The thing is that this future isn’t exactly here yet, so there’s no reason to hurry and upgrade to a device with 5G just for the sake of it. Not to mention I’ve never really felt like 4G isn’t fast enough. Just me?

Oh, in regards to the phone recommendation: My friend was choosing between the OnePlus 8 (5G) and Galaxy S20 FE (4G). Of course, I recommended the Galaxy. It doesn’t have 5G but it’s the much better phone overall (at the same price). That’s what I mean when I say 5G shouldn’t determine your purchase decision.

This one is an absolute favorite of mine, and again it makes perfect sense that people will think the more expensive phone will be the better phone for them compared to the cheaper option. The truth is that pricier phones might really give you more.

Any phone that starts at $400-500 will be more than good enough for scrolling through social media, watching videos, streaming music, and even playing games. For instance, Samsung’s $450 Galaxy A53 (5G!) even comes with IP67 water & dust protection, as well as a promise of 4 years of software updates – just like the $1,200 Galaxy S22 Ultra.

In the end: Don’t pay up for features you don’t need!

The idea behind this story wasn’t to throw dirt on flagship phones or new features. I love those – they move the industry forward. But many of them are features that you either don’t need or aren’t as useful as they might seem due to the hype built around them.

All that being said, it’s also worth noting that you’ll need to try some of the above-mentioned features before you write them off or embrace them.

Here are a few other features that you need to try out to decide if they are worth it:

And finally, stay tuned for the upcoming second part of this story that looks at some of the underrated phone features in 2022 – what really matters more than you thought when buying a new iPhone or Android.

And just for the record… Will Smith apologized, but did he really tho? Did he?! I don’t know if he did.